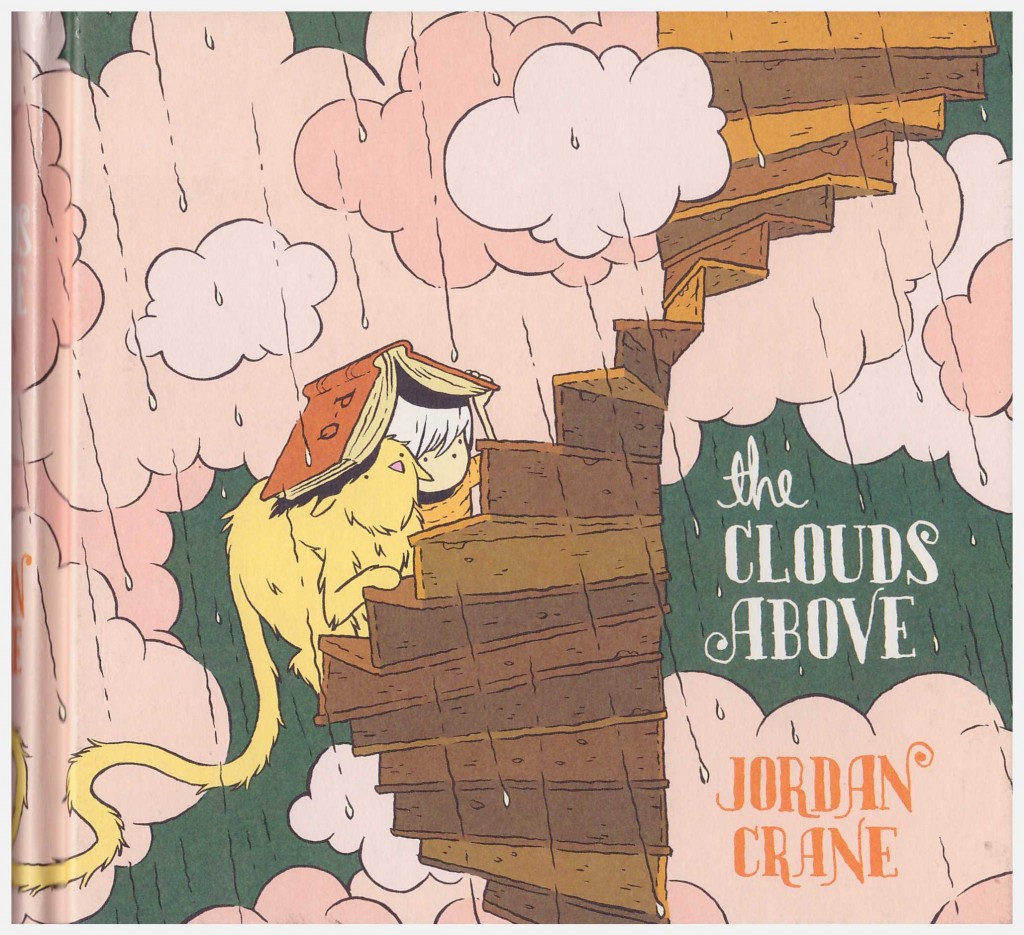 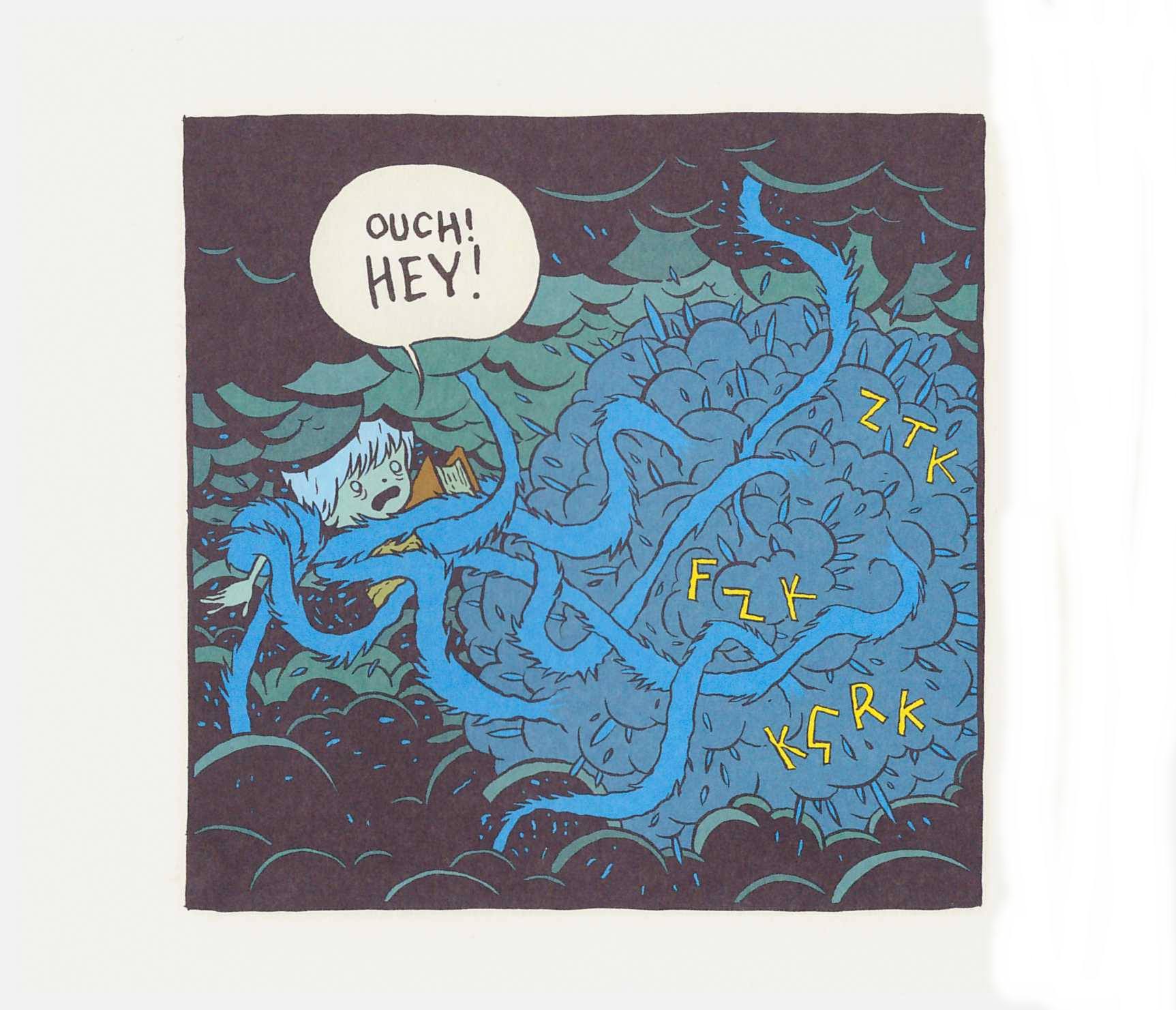 Jordan Crane is a unique voice in comics. One can’t imagine a Crane strip being conceived and executed by anyone else. He’s retained the childhood facility for being able to create magical fantasy from the mundane, letting his imagination soar into unfettered realms, yet unlike several others who work in similar territory, he applies a distinct structure. There’s an internal logic grounding his work, preventing the slip into pure whimsy.

Crane also scores over his contemporaries by being an excellent cartoonist and draughtsman. The Clouds Above takes its cue from some Studio Ghibli animation, being pure adventure for children that minimises areas of conflict. Simon and Jack are depicted with all the charm that indicates.

Young Simon is late for school, so sneaks in, accompanied by his chubby, long-tailed cat Jack. They avoid the crotchety teacher who has a phone book at the ready to clobber Simon for being late again, and head for the roof, where behind a door there’s a set of steps ascending into the clouds. For intrepid adventurers Simon and Jack the only way is up, and they befriend a lonely cloud. Characterising clouds is a skill Crane pulls off astonishingly well, and it’s difficult to imagine a child or adult not charmed by The Clouds Above.

There is a downside. This is a nicely designed package, hardbound, pocket size, full colour, printed on decent white stock, running to to 200 pages. With a single panel per page, however, it’s a rapid read, and would amount to under forty pages of a standard six panel grid. Leaving aside the value of art discussion, at $18.95 many may question the value for money. Yet the several printings the book has undergone indicate that for many others this is no consideration at all. The paperback edition includes five extra pages.