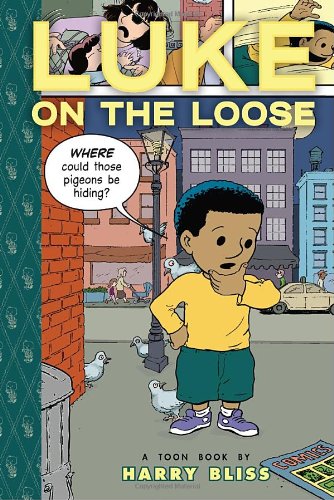 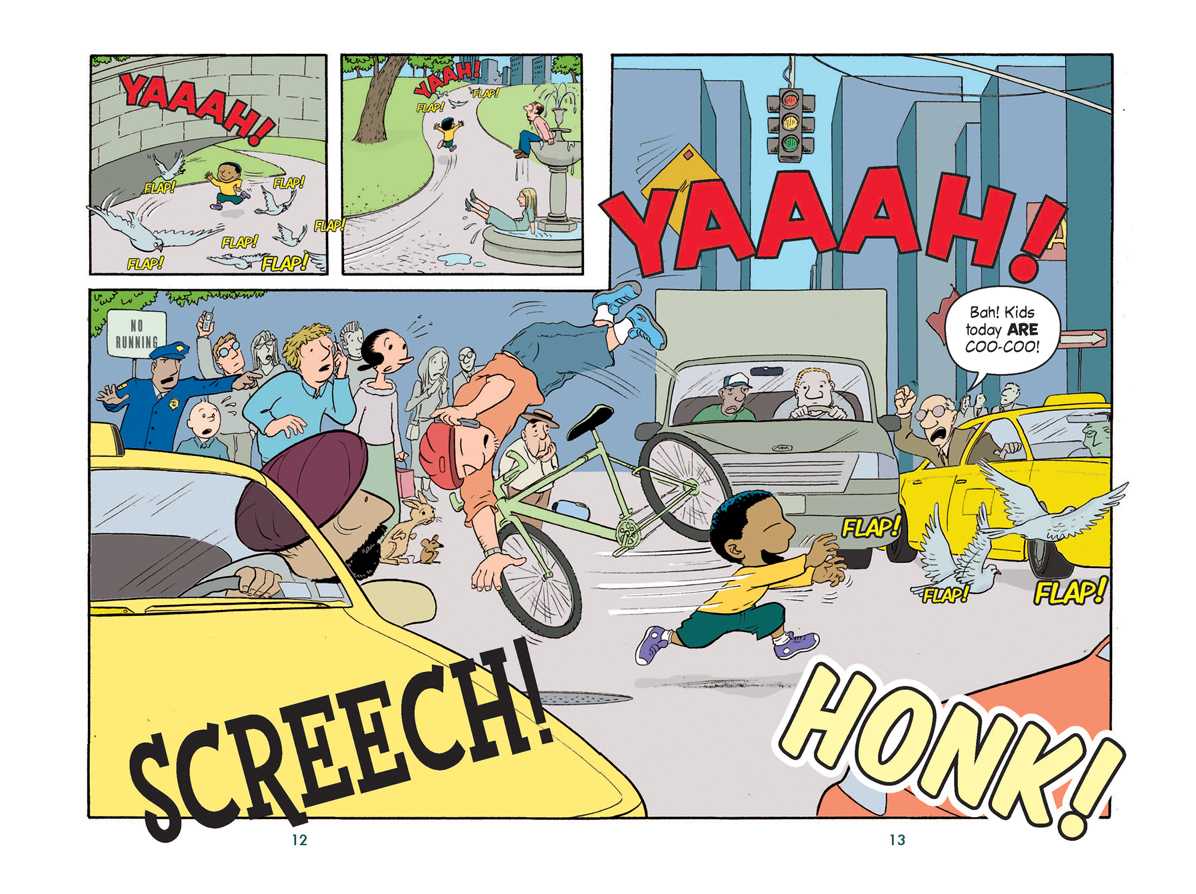 Award-winning creator Harry Bliss was reared on a diet of Will Elder’s Mad Magazine strips and, after surviving to adulthood, started selling his own manic doodles and covers to The New Yorker. He’s also illustrated many fine and fabulous children’s books, including Sharon Creech’s A Fine, Fine School, Doreen Cronin’s Diary of… series. This is his first comics work, but you’d never know it.

Aided by colourists Françoise Mouly and Zeynep Memecan, the mini-odyssey opens with a handily all-ages-accessible map of the City That Never Sleeps (just remember “the Bronx is up and the Battery’s Down”), before introducing a little lad with a lot of energy and a dangerous amount of single-minded determination. Luke’s inquisitive focus and blind concentration leads him into a colossal New York adventure.

Whilst being taken for a walk with his father in Central Park, Luke’s attention is captured by a flock of pigeons. Slipping out of his distracted dad’s grasp, Luke chases after the birds and just keeps on going. Even running as fast as he can – which is pretty darn quick – the kid can’t catch his cooing quarry but his phenomenal progress through the urban arboreal esplanade causes a wave of commotion that leaves people, pooches and sundry other passers-by windswept and reeling.

Caught in the moment of complete absorption Luke hurtles onward, out of the park, across the bridge and into the wilds of Brooklyn, vaulting moms with strollers, hurtling over kerbside diners and young lovers and crashing through a queue at an ice-cream stand. Unable to escape the determined pursuit the flurried feathered flock heads up and, thanks to a handy fire-escape, so does Luke.

Raucous, riotous and riveting, infinitely re-readable and packed with overlapping gags in layers of beguiling pictorial detail, here is superbly engaging, thrill-a-minute, hilariously exciting hoot: the kind of fun tale boisterous little boys will adore in that so-brief window every day between full-speed rushing about and total sleeping shut-down.

Little girls will love it too, but probably take time to savour it rather than rocket about copying the hyper-active little darling.