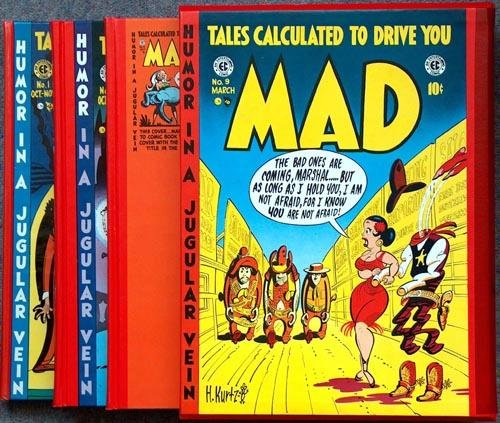 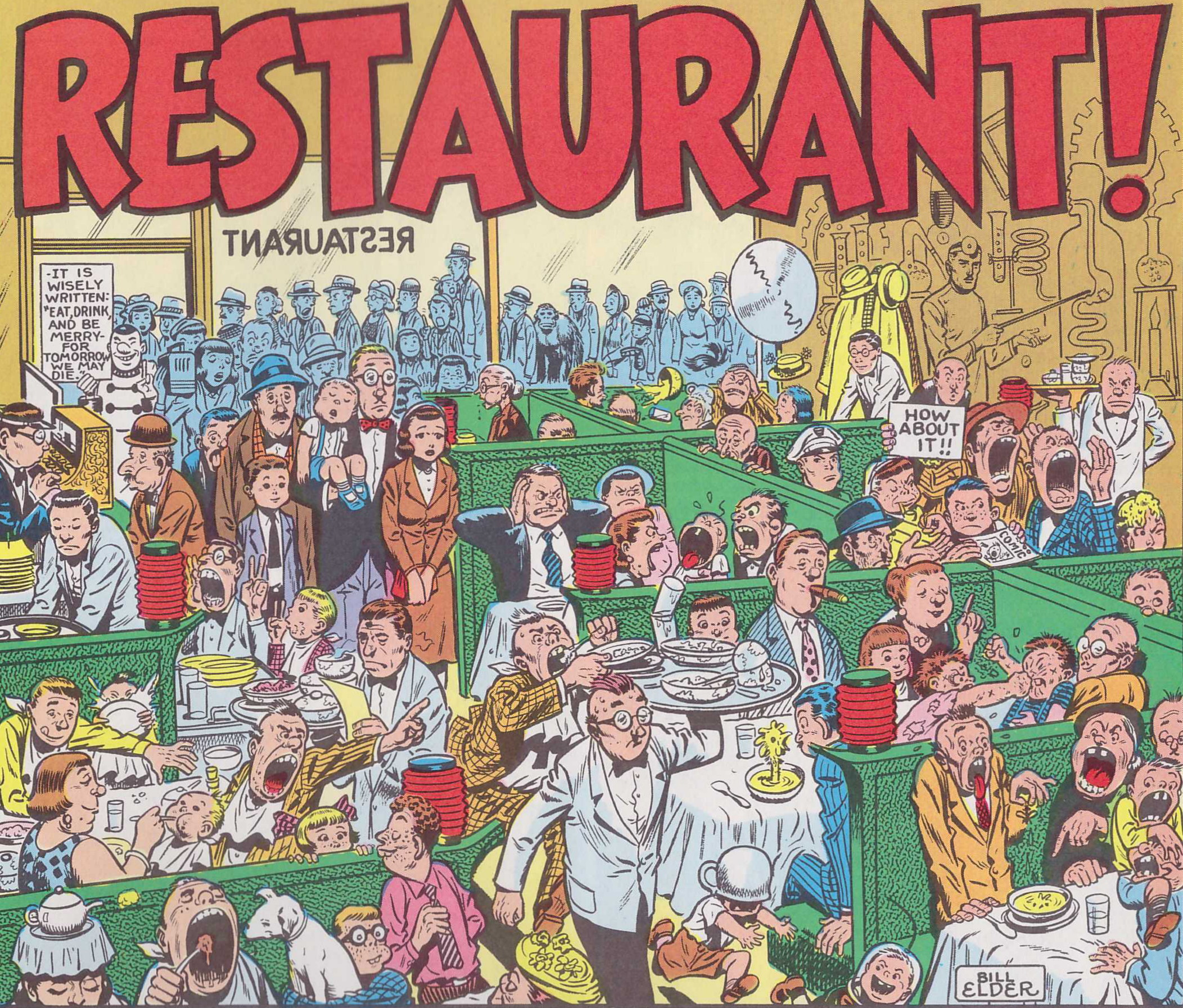 Mad magazine is still with us today, approaching pensionable age, yet considerably rejuvenated in the 21st century. So much of what Mad introduced, both in terms of attitude and satirical tropes, has seeped into far wider circulation, meaning the original can seem predictable, a victim of its own success. Head back to 1952, though, and there had never been comics to approach the irreverent attitude with which editor and writer Harvey Kurtzman infused his material. An entire generation of satirists and humourists across a variety of artistic endeavours can trace their inspiration back to what Kurtzman and his collaborators produced over three years.

The work from Mad has been reprinted many times beginning with The Mad Reader in 1954, but the gold standard remains this four volume hardcover and slipcased boxed set published by Russ Cochran in the 1980s collecting the first 23 comic sized issues.

Taken in isolation the earliest issues provide unfettered artistic brilliance, but the approach of biting the hand that feeds by satirising the genres sustaining the other EC comics alongside which they were published lack focus when compared to what follows. Even the earliest movie and TV parodies fall flat until a sharper voice is found. By the fourth issue, though, Wally Wood’s ‘Superduperman’ is pointing the way forward, precisely spearing the ludicrous aspects of Superman, while simultaneously being drawn better than the real article had been depicted for years.

As the months progress, Kurtzman becomes ever more ambitious. On an occasion when there was a deadline problem his solution is a scrapbook style concoction of photographs and captions purporting to present a biography of Bill Elder, rounded out by reprinting an Elder strip. The cover tagline of “Humor in a jugular vein” is both witty and true. There’s some real bite here, with Kurtzman turning his attention to the wider world. Issue 17 is particularly effective. There’s not only a savaging of the demagogue Senator Joe McCarthy in the form of a quiz show pastiche, but a strip jointly produced by Elder and Bernie Krigstein contrasting the knockabout drunken comedy of the Bringing Up Father newspaper strip with a real life reflection of the drinking and violence.

The final issues are already pointing the way forward to what Mad would become as a magazine, with ad pastiches, photo features, and introducing the now familiar contrast strip. It’s interesting to speculate if ‘Movie Scenes the Way We’d Like to See Them’ originated as a way of Davis only having to draw half the number of pages plus an extra concluding panel.

Sadly this box set is long out of print, with the nearest equivalent either the individual volumes of The Mad Archives, or the excellent Fantagraphics reprints sorting the books into collections of work spotlighting individual artists. While other EC material can be organised into artist-based collections to no detriment, doing so for Mad misses the point. Bill Elder was a wonderful, manic comic artist, but packaging every dense, gag-packed strip he produced in the single book induces overkill. He needs to be parsed with the greater graphic dynamism of Wood, the refined finesse of Jack Davis, the more straight-laced John Severin and Kurtzman’s own loose and frenzied cartooning.

Prior to the box set Cochran also published The Complete First Six Issues of Mad, in effect a smaller paperback version of this boxed set’s first volume. The material is also available in digital form as Totally Mad, which collects every edition of the comic to 1998 along with copious amounts of bonus material.