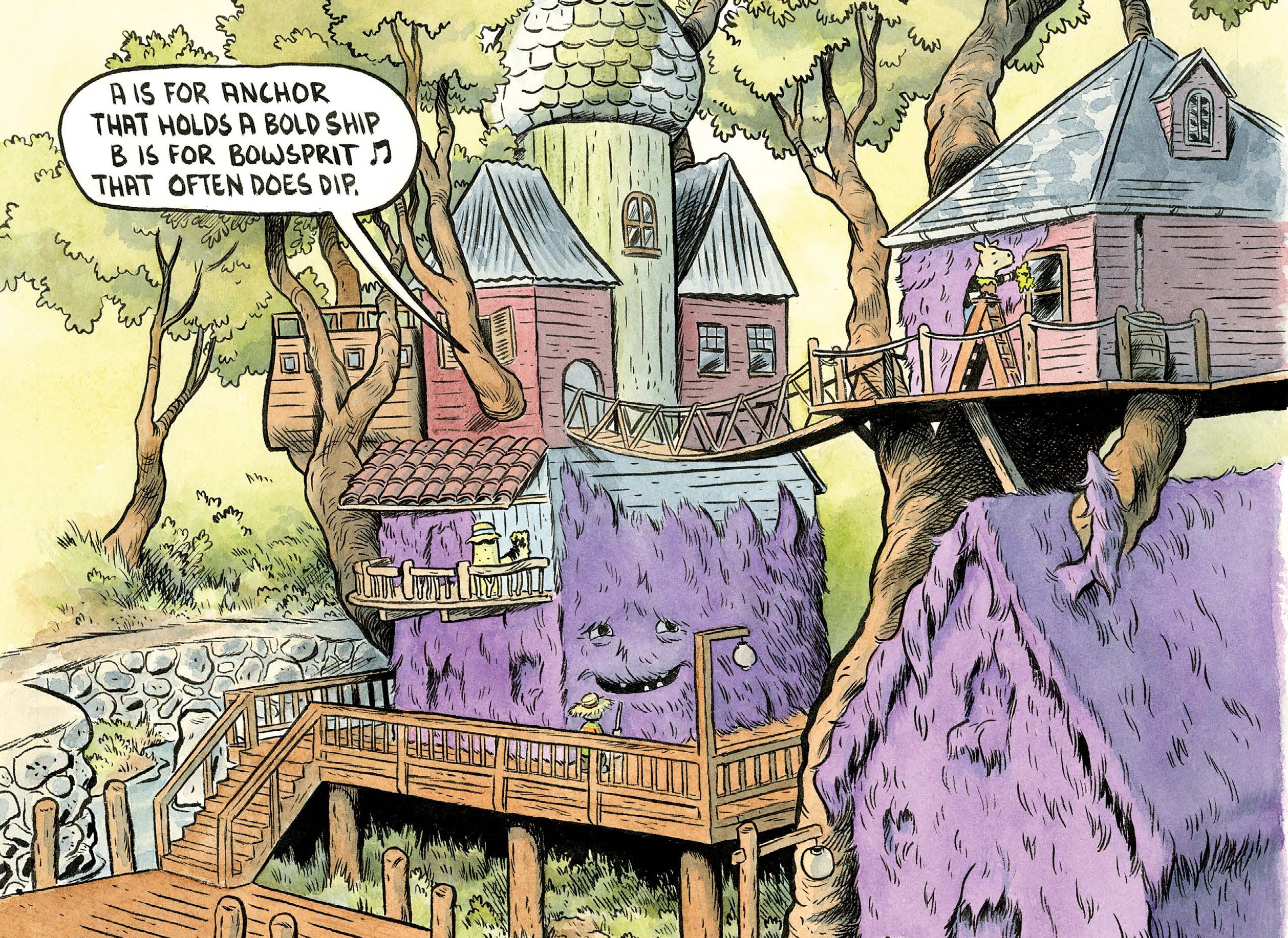 This is a beautifully drawn story marketed as all ages, but beyond the artwork it’s doubtful there’s enough content to appeal to a market above younger children. It’s a far cry from Robert Goodin’s previous work about breast obsessives and amputee fetishists. While those were tongue in cheek, with the Kurdles he’s retreated back into the territory occupied by safety womb of his day job as a children’s TV animator.

In the manner that children do, a child in the midst of a temper tantrum throws her teddy bear from the car window. Sally, for that’s the bear’s name, takes a bit of wander until she’s abducted by an owl, as pictured on the cover. Deposited in the forest, she’s just about to hit the dog that’s chewing on her arm with a stone when some other stuffed toys appear. They quickly explain the dog is just playing, and Sally accompanies her new friends further into the wood where a distinctly odd task lies ahead.

There’s a dream-like quality to what happens next, and the entire story is so charmingly good-natured that Sally’s reaching for that stone later appears completely out of context. Goodin has an imagination that will keep children happy, and his story unfolds at a very leisurely pace, so provided they’re engaged, it’ll keep them happy for a fair while. The problem, though, is that for all the charm of the art, there’s not enough depth, distraction or diversion for the adult that may have to read this book again and again.