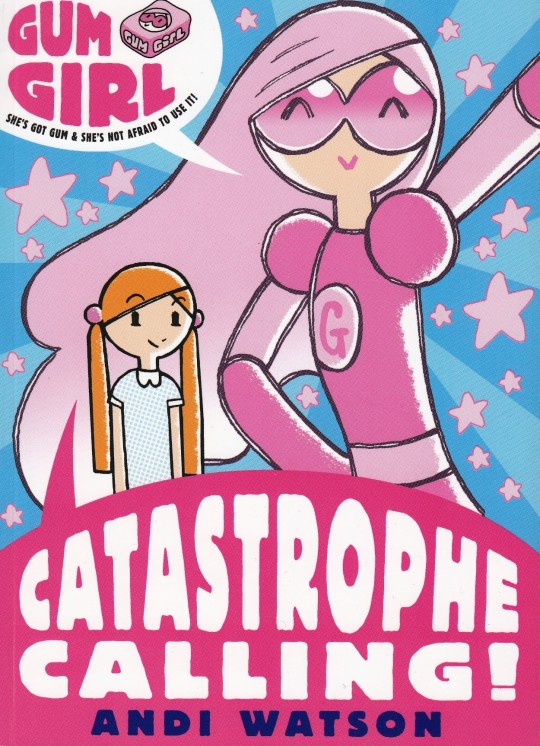 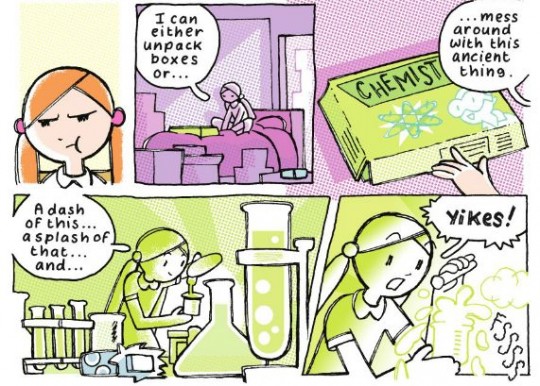 Andi Watson’s created a fun environment for the town of Catastrophe, which lives up to its name, as depicted in the endpapers where he supplies an amusingly annotated map. There’s Mount Misfortune, an active volcano, the mothballed nuclear warhead silo, the Debacle Chemical Works and the Wertham Asylum for Crafty Villains. As revealed in the stories, security there’s not quite as tight as might be hoped.

Grace Gibson moves to Catastrophe with her family when her father is appointed head teacher at Calamity Primary School. She rapidly discovers life is rather different from that led in Meadowgrove. You weren’t struck by meteors there, nor attacked by giant robots. Still, Grace is precocious for her age, and tinkering with her chemistry set she develops bubble gum based defences against the various town menaces, adopting the crime-fighting identity of Gum Girl.

This is aimed at young children, so Watson delivers three simply and charmingly drawn episodes, each supplying their threat in a largely non-threatening manner. There’s Follicle Fiend and Rapunzel, both hair-obssessed, giant artificial intelligence Professor Roboticus, the dastardly Caesar Salad, tinkering with healthy food, and the Evil Geniuses, based at the school. In a manner that works well in children’s fiction Watson’s adults are all rather cloth-eared when it comes to the dilemmas of children, tending to minimise them.

In between all this we have Grace settling into a new area, making new friends and rapidly becoming popular as Gum Girl. Whimsy is high on the agenda, but this and its companion volume The Tentacles of Doom should be fun for any younger child while providing enough for the parents that they won’t object to repeat readings. 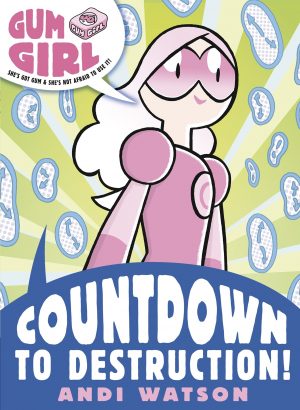