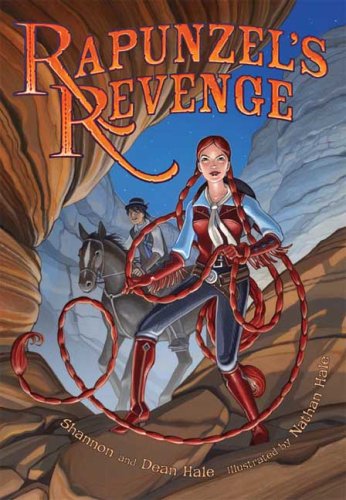 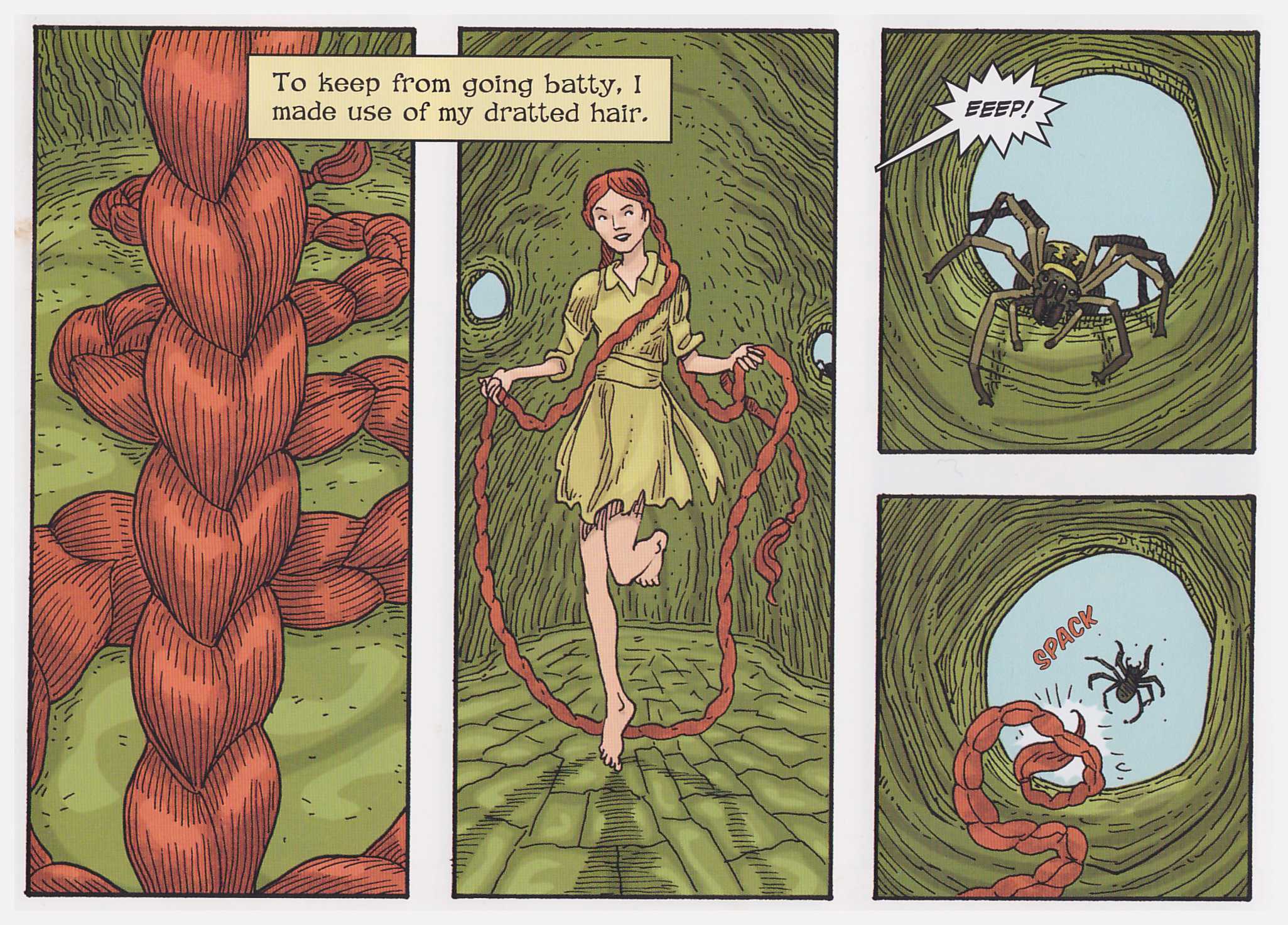 It’s a very different Rapunzel that’s developed here: feisty, capable and knowing, a Rapunzel resourceful enough to eventually free herself from imprisonment in the tower without the aid of a prince. She does still require the very long hair, but solitude provides the opportunity to train herself to use it in practical fashion. One could almost claim she’s developed a new martial art.

Writers Shannon and Dean Hale transpose Rapunzel to a fantasy land that merges the old West with a sort of steampunk fairy castle, and play fast and loose with the bare bones of the fairy tale to create an engaging update. Gothel has set herself up as queen and grinds the population beneath her metaphorical heel, using an ability to both encourage and restrict the growth of plant life to control them. She occupies a palace where greenery flourishes, while the surrounding area is starved of it. She’s also Rapunzel’s mother.

Rapunzel is able to think for herself, and a couple of discoveries turn her against Gothel, from which the story develops into a shaggy dog narrative. She meets Jack of beanstalk fame, and while there’s a mission objective, the revenge of the title, it’s the journey that’s fun as they encounter assorted perils along the way. Jack is reckless and slightly more willing to indulge in morally questionable behaviour, but his heart’s in the right place, and a charm of the book is the romantic tension between the pair.

Nathan Hale, no relation, supplies large and clear illustrations suitable for the children Rapunzel’s Revenge is aimed at, and they’ll probably not be concerned about the incredibly convenient plot contrivance near the end. Despite this, Rapunzel’s Revenge is a more cohesive and enjoyable work than it’s sequel Calamity Jack.