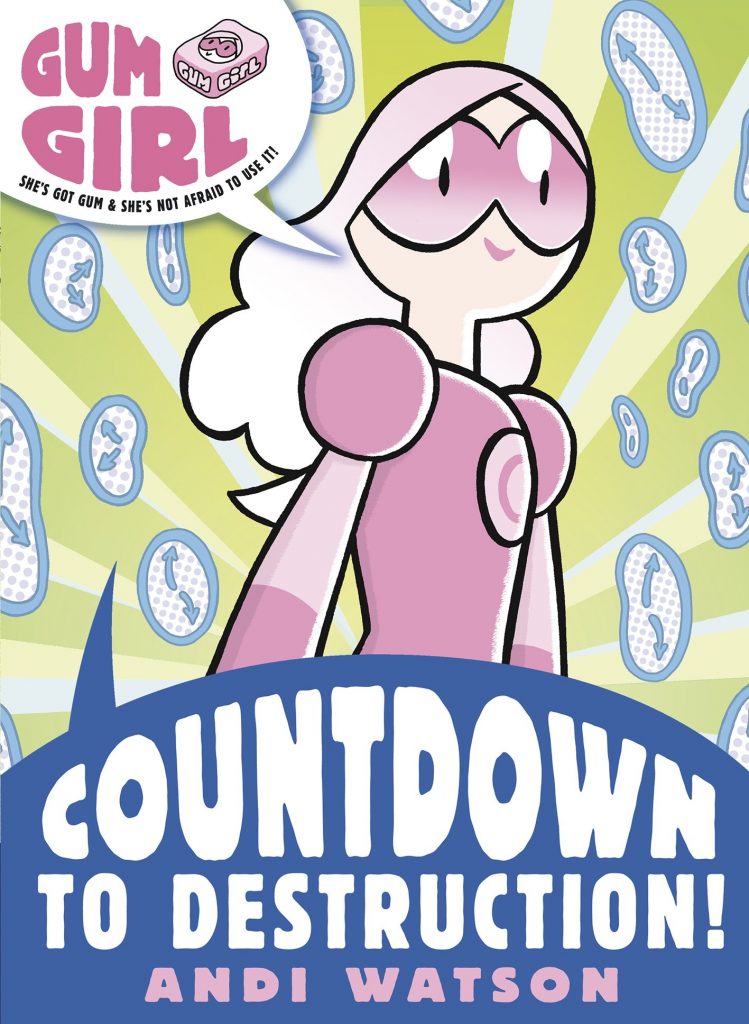 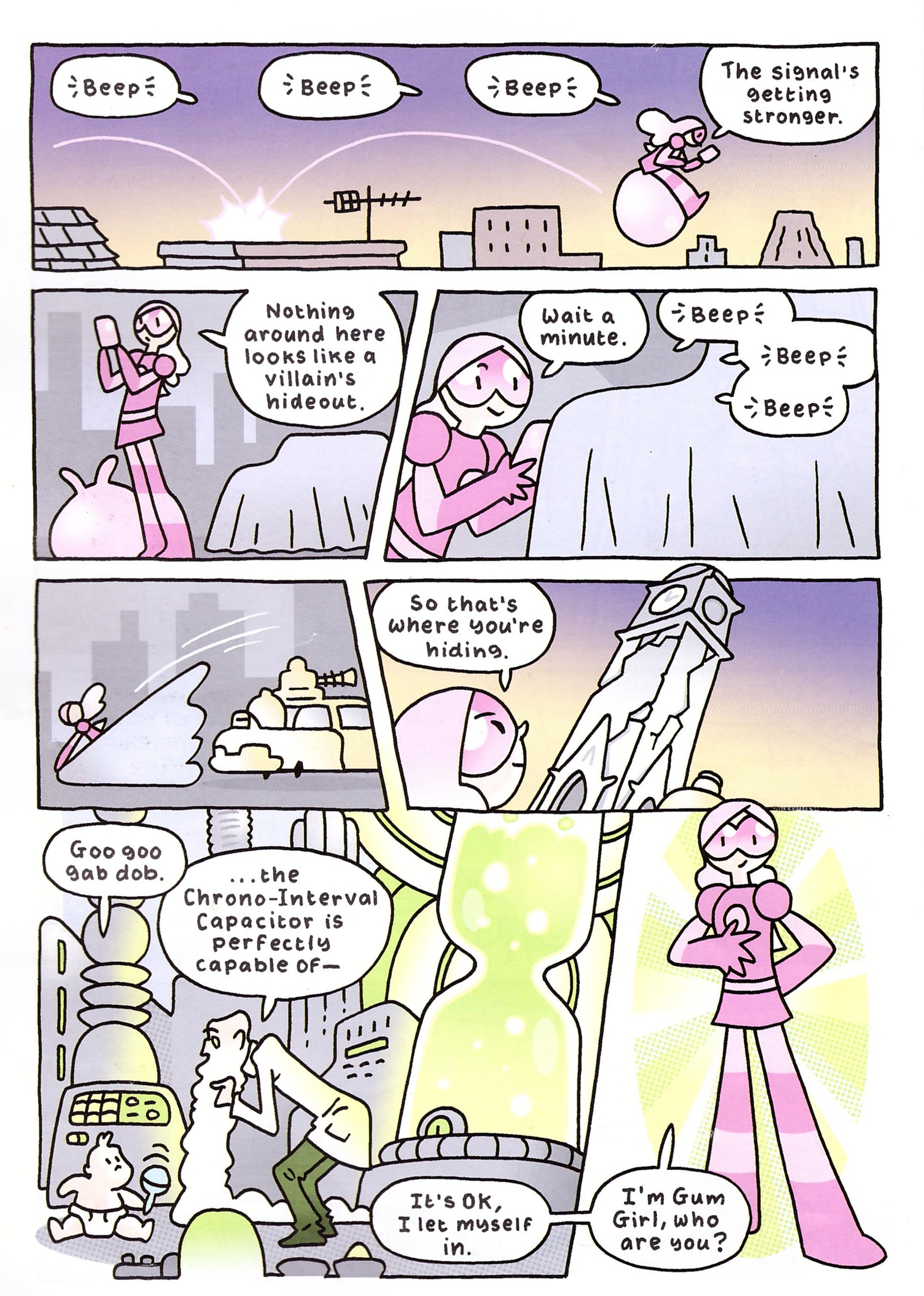 The town of Catastrophe is once again under threat, and once again only Grace can save them as Gum Girl, using the bubble gum based powers acquired in Catastrophe Calling. This time she’s threatened by Doctor Tick Tock, who’s stealing moments of time and storing them up. He’s started slowly, using his nefarious device to steal time from school children, who, as he reasons, have more time to spare than anyone, but is working his way up to stealing moments from people in traffic jams, advert breaks and playing video games.

As before, that’s just the first of three short stories, followed by a robbery in the fireworks factory and a nefarious plot concerning Calamity Primary’s science project. In dealing with the first of them a chat with her father reveals a side to Grace she’d rather not confront, and in the second her father, the school’s head teacher after all, might regret asking for big ideas concerning the school going forward.
Andi Watson serves up another trio of engaging all-ages stories, prioritising good-natured charm. His deliberately simple art gives us an awful lot from very few lines, and the brightly applied colour is limited and effective. As before, the inside front cover presents a map of Catastrophe and its assorted dangerous locations, and Watson makes good use of these, while also having to be ingenious when coming up with ways for Grace to divert disaster with her gum based powers.

Don’t let the fact that Gum Girl is now a few years old dissuade you from providing a copy to younger children you know. Quality has no sell-by date, and they’ll enjoy it as much now as the youngsters who first got to read it in 2013. The final volume is Music, Mischief and Mayhem.