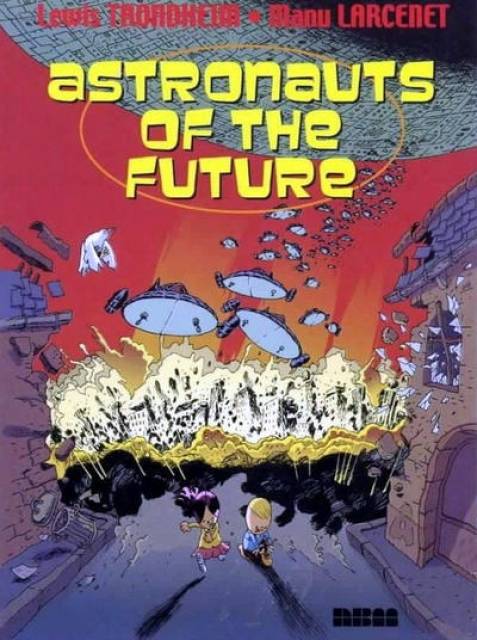 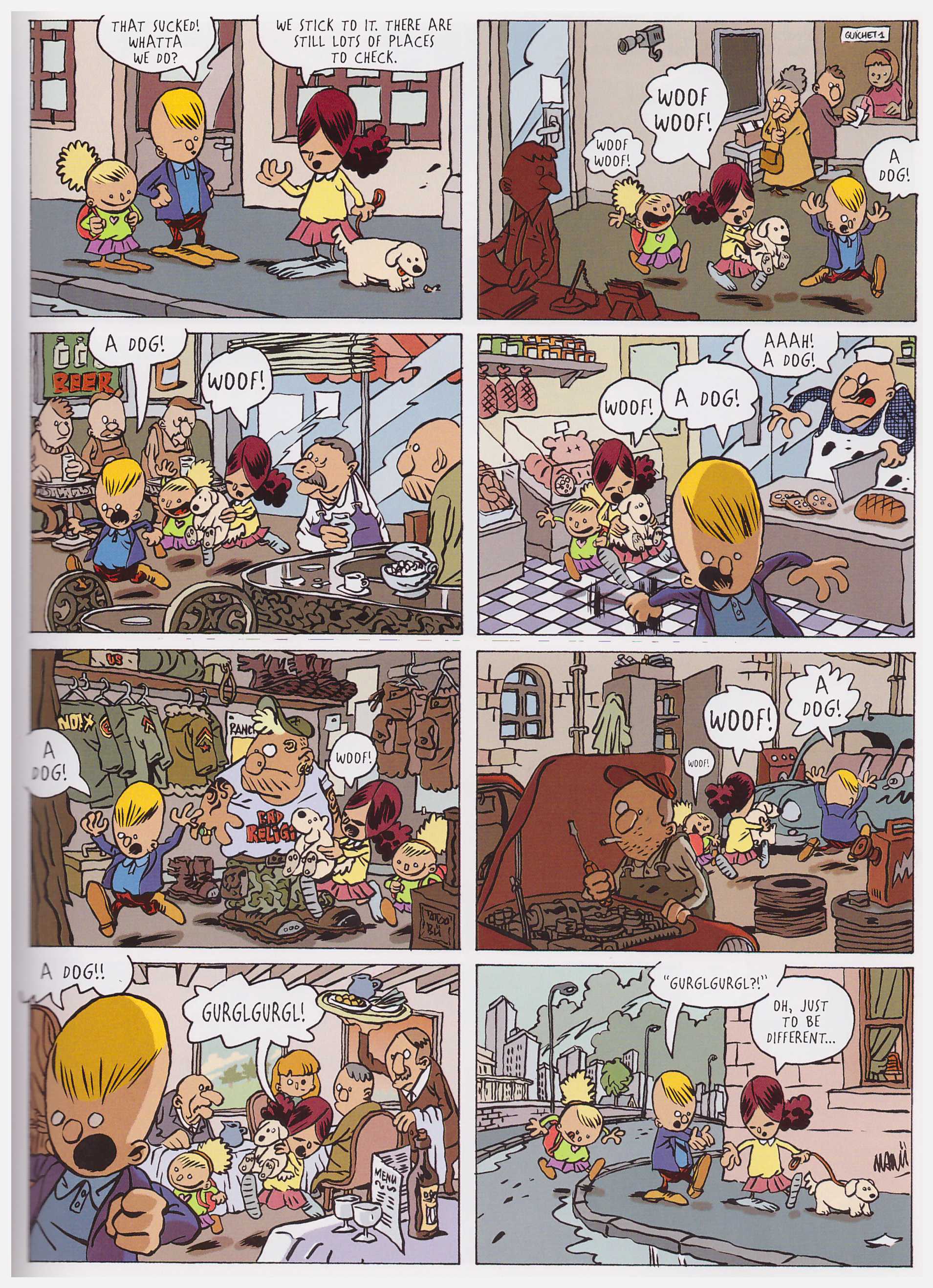 It’s possibly stating the obvious to highlight that Lewis Trondheim is a unique creator. This is most evident from a glance at his artwork, but reading the material he doesn’t illustrate accentuates how no-one else come close to plotting stories in his fashion. They meander like the country bus as he throws in idea after idea, yet Trondheim never loses sight of any element, and even if it’s over the hill and far away he’ll return to it at some point. Take Astronauts of the Future…

The pre-pubescent Martina and new kid Gilbert are the most precocious and intelligent kids in their school class. Except Martina believes she’s the only real person in a world of robots and Gilbert is convinced he’s surrounded by aliens. Willing to compromise to test their theories, the pair embark on a series of investigations, sometimes rather hampered by Gilbert having to take his infant sister along with them. This is against a background of anti-matter technology being developed that will make space travel a reality. It’s hilarious and unpredictable, and eventually results in a remarkable discovery.

Astronauts of the Future combines the first two of three French albums, although in pocket format rather than European size. Don’t be put off by the lack of the third translation, as we reach what could be seen as a natural conclusion at the end of this book.

Manu Larcenet’s cartooning is a little tighter than Trondheim’s own rubber-limbed figures, but certainly well within the spirit of the material. He characterises a determined pair of children, and doesn’t overplay the farcical aspects of their activities. The script diverts into some surprising areas, and Larcenet’s equal to everything required, delivering detail-packed pages that never sacrifice story clarity. For his part, Trondheim delivers one shocking incident that momentarily shifts the entire tone of the book away from genial comedy, and then kickstarts the plot brilliantly.

By the conclusion of what was the first of the French albums gathered here, the ground has shifted considerably, yet Martina and Gilbert remain consistent. They’re stubborn, inquisitive and resourceful, and the spirit of unpredictability remains throughout. Adults and children will love this book, and while long out of print, it’s easily available second hand.