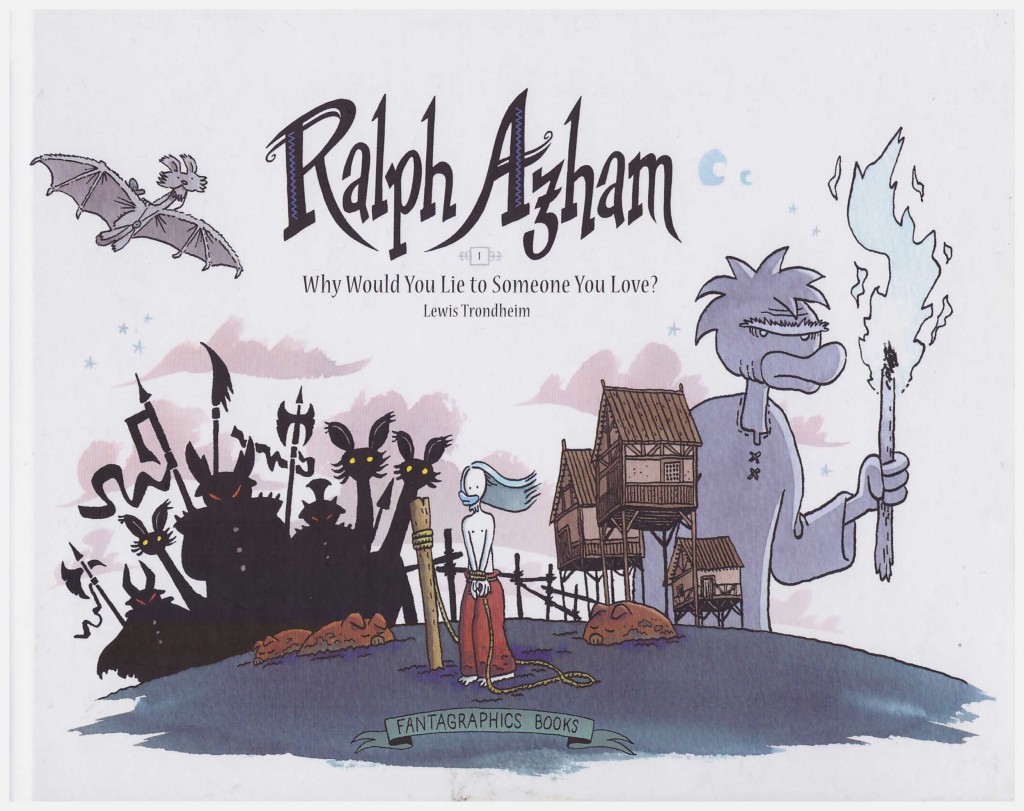 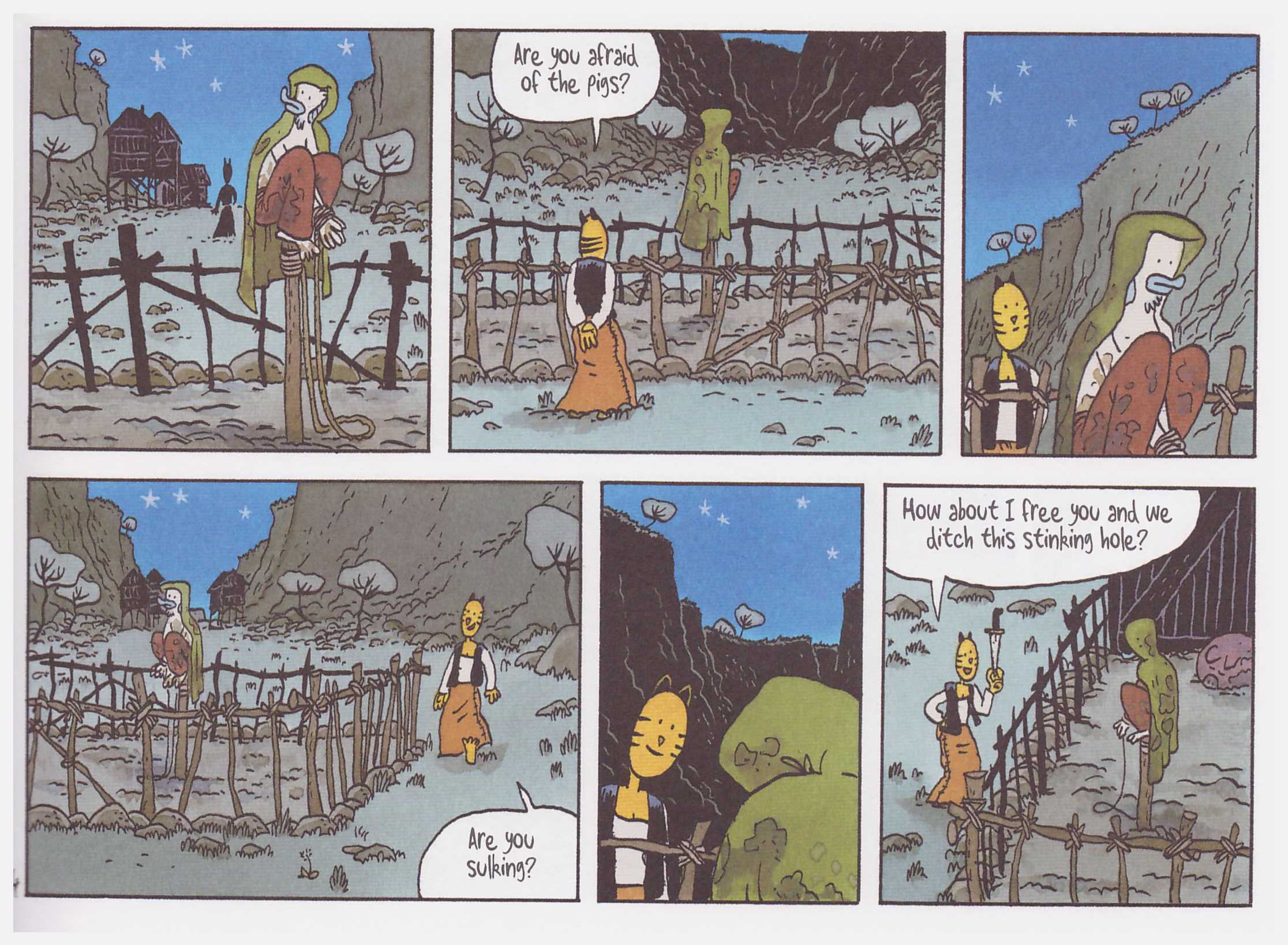 Let’s start with the proposition that there is no bad Lewis Trondheim material. That being the case, though, Ralph Azham initially puzzles. It appears to be pretty much the same territory as he mines in the fantasy series Dungeon, and Ralph is a duck-beaked geek, much as Herbert started out in that series. At first glance the major difference is merely that this is coloured in muted pastels rather than vivid shades.

Ralph Azham is a teenager in a remote village. He’s old enough to earn a keep he resents, and possessed of a mouth smart enough to aggravate most other villagers. They have other pressing concerns as the terrifying Horde are due for one of their regular visits to demand tribute the villagers can’t afford. There is more to Ralph than he realises, though. As a child he was believed to be a chosen one, a position that bestows a singular gift, but he seemingly failed the test. The truth of that story unwinds as the villagers prepare for their imminent pillaging.

As the plot progresses, the difference between Ralph Azham and Dungeon clarifies. Firstly, it’s an extended narrative continued in the second volume, as yet not issued in English. Secondly, Dungeon is primarily played for laughs, and while that pattern certainly seems to be followed initially, by the end of the book some very dark deeds have seen the light.

Trondheim’s art is his usual adaptable love it or hate it cartooning. Simple on the surface, it’s magnificently expressive and it tones down the darker aspects of the story. Needing to distinguish between past and present, he comes up with the novel device of removing panel borders.

In Europe this was a standard album, but it’s been re-formatted for a landscape edition by chopping each of Trondheim’s original pages in half. This isn’t the desecration it may seem, and would make little difference to the reader unaware of the original presentation.

Sadly, English language readers appear strangely resistant to the spellbinding Lewis Trondheim, and this is yet another of his projects where publication has stalled. See Astronauts of the Future, Tiny Tyrant, McConey, L’il Santa… The solicited second volume has yet to see the light of day, while in Europe the series occupies seven books and counting.