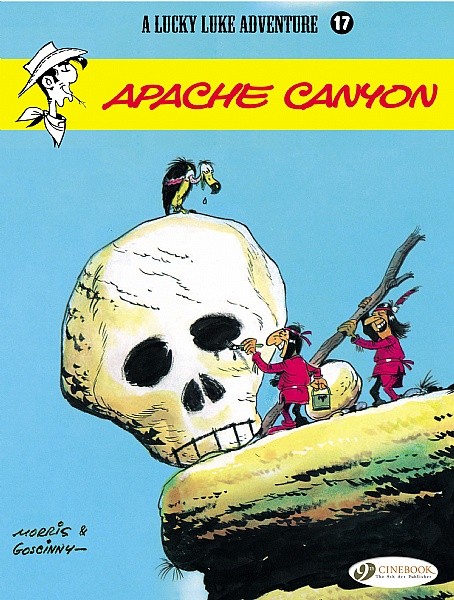 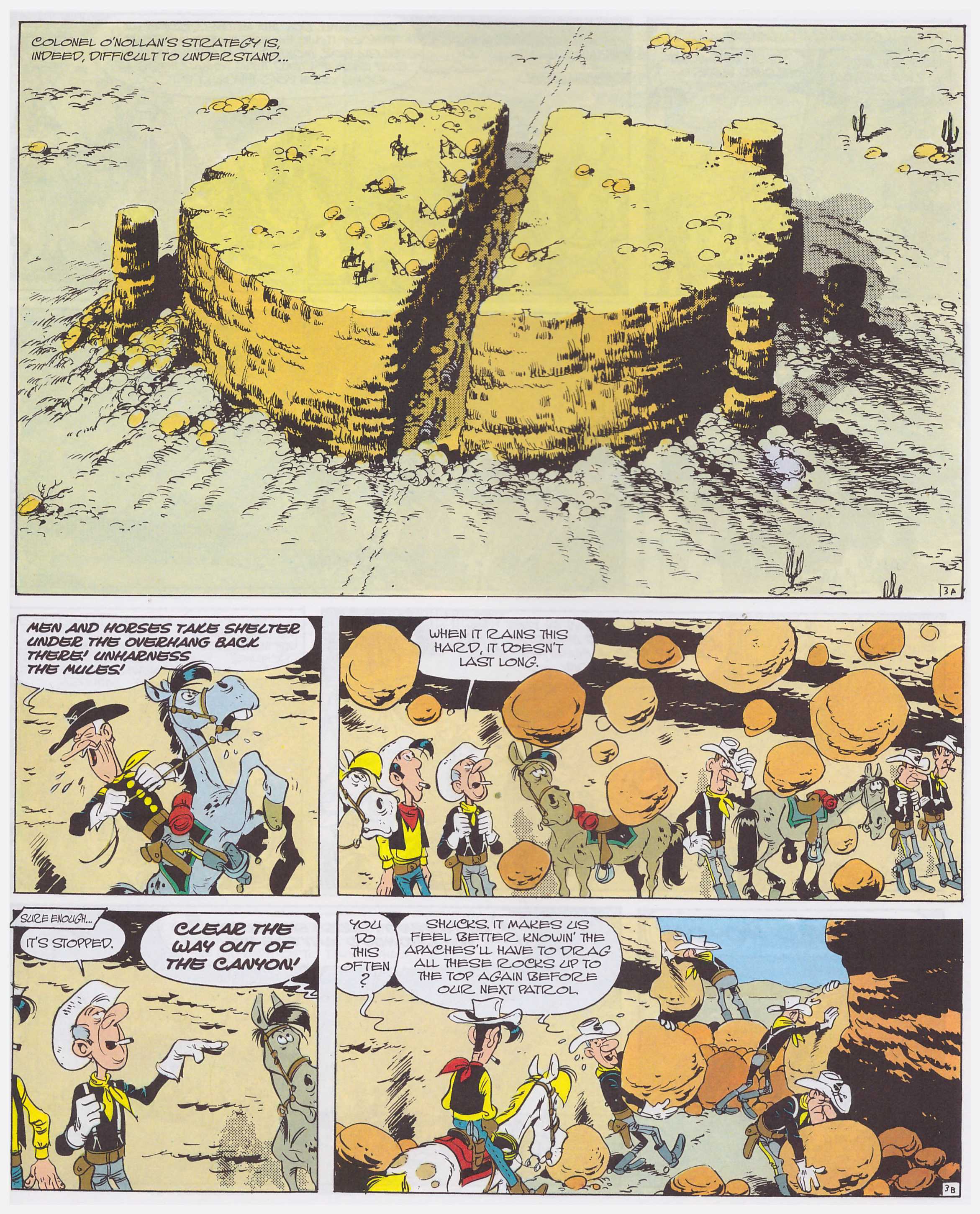 This 37th Lucky Luke album – the Cinebook numbering isn’t chronological – is René Goscinny on top form, cranking out gag after gag, and almost unbelievably sustaining the pace for a good percentage of the book overall. Lucky Luke has been sent to discover why it is that there’s a constant state of war between the Apache and the army in the territory, and it doesn’t take him long to find any number of reasons.

The dozen or so opening pages read as if the storyboards for one of those beautifully structured silent comedies where a multitude of jokes are mined from a limited setting. The canyon of the title is a passage between two large chunks of rock that can easily be circumvented, yet military tradition dictates the Colonel marches his wagons right through the centre in the full knowledge that the Apaches will topple boulders from above. “Shucks, it makes us feel better knowin’ the Apaches’ll have to drag these rocks up to the top again before our next patrol”, explains the sanguine Colonel. When a punitive mission to destroy their settlement occurs, the Apaches are away burning down the fort. The primarily Irish troopers serenade the Colonel each evening as a barbershop quartet with a song so tragic it makes the mules weep, and the rocks gag is reprised to good effect towards the end.

Any astute reader will solve the plot’s minor mystery easily enough, but that’s not the point as one preposterous situation is topped by another for a complete gag fest. There’s even quite the sentimental ending, and several daft events have a later significance.

Morris is also on top form, with the book’s visual highlight the ridiculous mask he designs for the Apache medicine man, but there’s plenty of other great panels, the Apache Canyon for one. By this stage Morris was an old hand at providing a lived-in saloon, but the people are brilliantly designed from the singing and fighting Irish to the Apache chief, and there’s no one able to top his range of cartoon horses. Some may baulk at the ridiculing of native American tradition, but this is good natured ribbing, and it’s equal opportunity as the US cavalry are also mocked.

This is peak Lucky Luke from the definitive creative team. It doesn’t get much better.