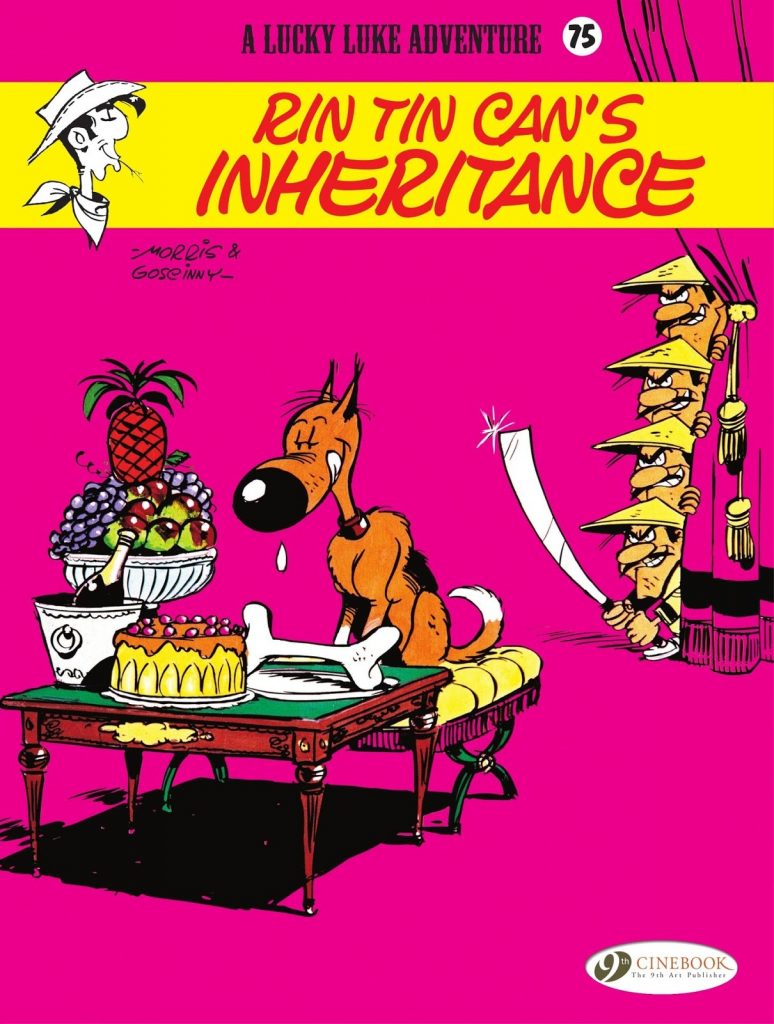 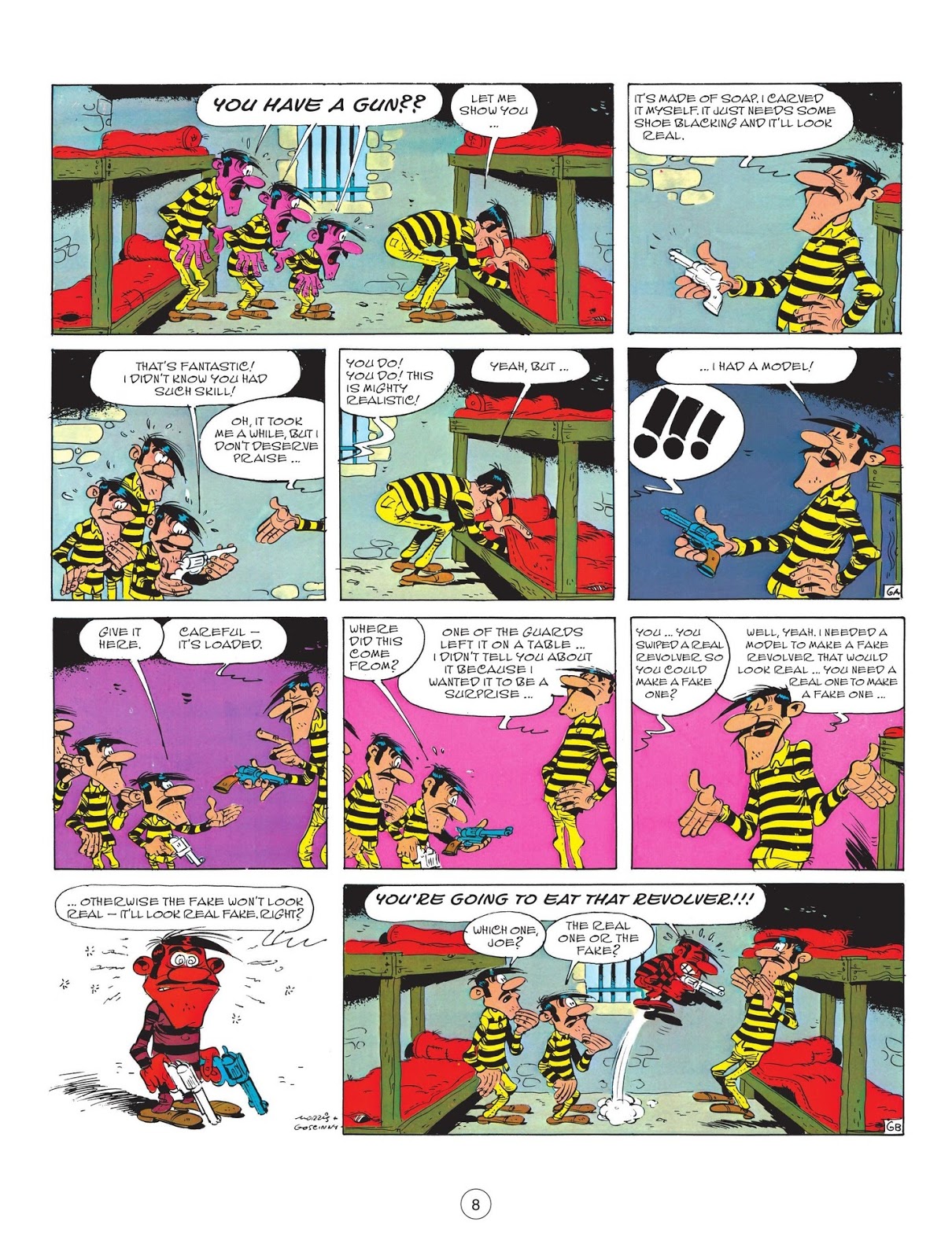 Considering it was produced by the classic Lucky Luke creative team of René Goscinny and Morris in 1973 at the height of the their classic run, Cinebook have left the English publication of Rin Tin Can’s Inheritance until late in the day. There’s a reason, and we’ll get to it, but let’s celebrate the positive first.

A former prisoner dies still claiming his innocence, and so is disenchanted with humanity generally. He leaves his entire fortune to dim, but friendly prison dog Rin Tin Can, but there’s a catch: if the dog should die then the inheritance will pass to Joe Dalton, as honest people have been such a disappointment. That, of course, provides Joe with a considerable interest in killing Rin Tin Can, so Luke is appointed his protector. As usual, the Daltons being in jail doesn’t prove much of a hindrance, and the sample art shows the hilarious start of their escape. The farcical set-up is beautifully plotted. Joe wants to kill Rin Tin Can, but the daft dog considers him a friend.

Goscinny creates one situation after another displaying the unending stupidity of the Daltons, all wonderfully illustrated by Morris, employing his full repertoire of artistic specialities. There’s a great use of large panels over two complementary pages, lovely silhouette illustrations, some Joe Dalton temper tantrums to rival Donald Duck, and a memorable hallucinogenic sequence.

However, all the positive aspects are outweighed by unbelievably poor judgement on Cinebook’s part. Among the properties Rin Tin Can inherits are several in Virginia City’s Chinatown, and despite an apologist introduction there can be no excuse for racial caricatures showing small yellow coloured people with buck teeth. Cinebook’s excuse of Morris being no racist, just a man of his time, might hold more weight and integrity were they not the same company who add clothes to naked women in Barracuda and Largo Winch for fear of offending conservative markets. Apparently offending millions of Chinese people isn’t a consideration, as artistic revision would avoid it and preserve the integrity of an artist the editorial claims was just working in the now unacceptable style of the times. It’s grossly hypocritical even before considering this is a book primarily aimed at children. Is this really the example to provide? Even less easily glossed over are Goscinny’s jokes about Chinese eating dogs.

This would be a Lucky Luke story hilariously plotted for maximum laughs if not for the grossly racist caricatures. It’s difficult to provide a recommendation for a book where the offensive qualities are vast and could so easily have been excised.