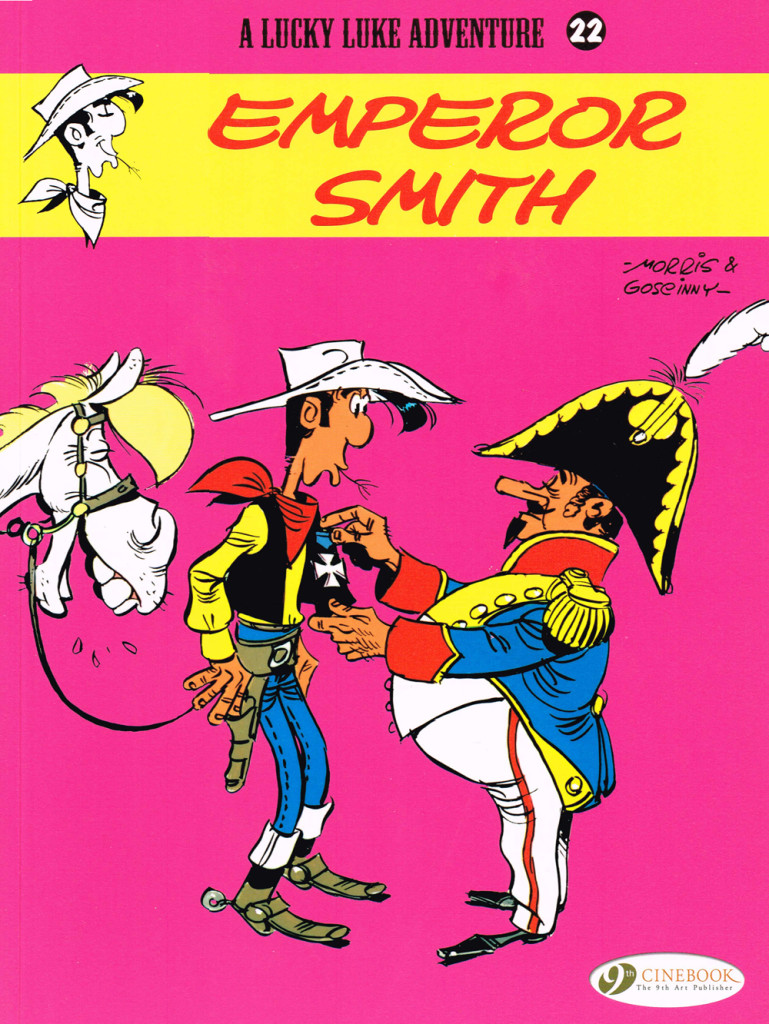 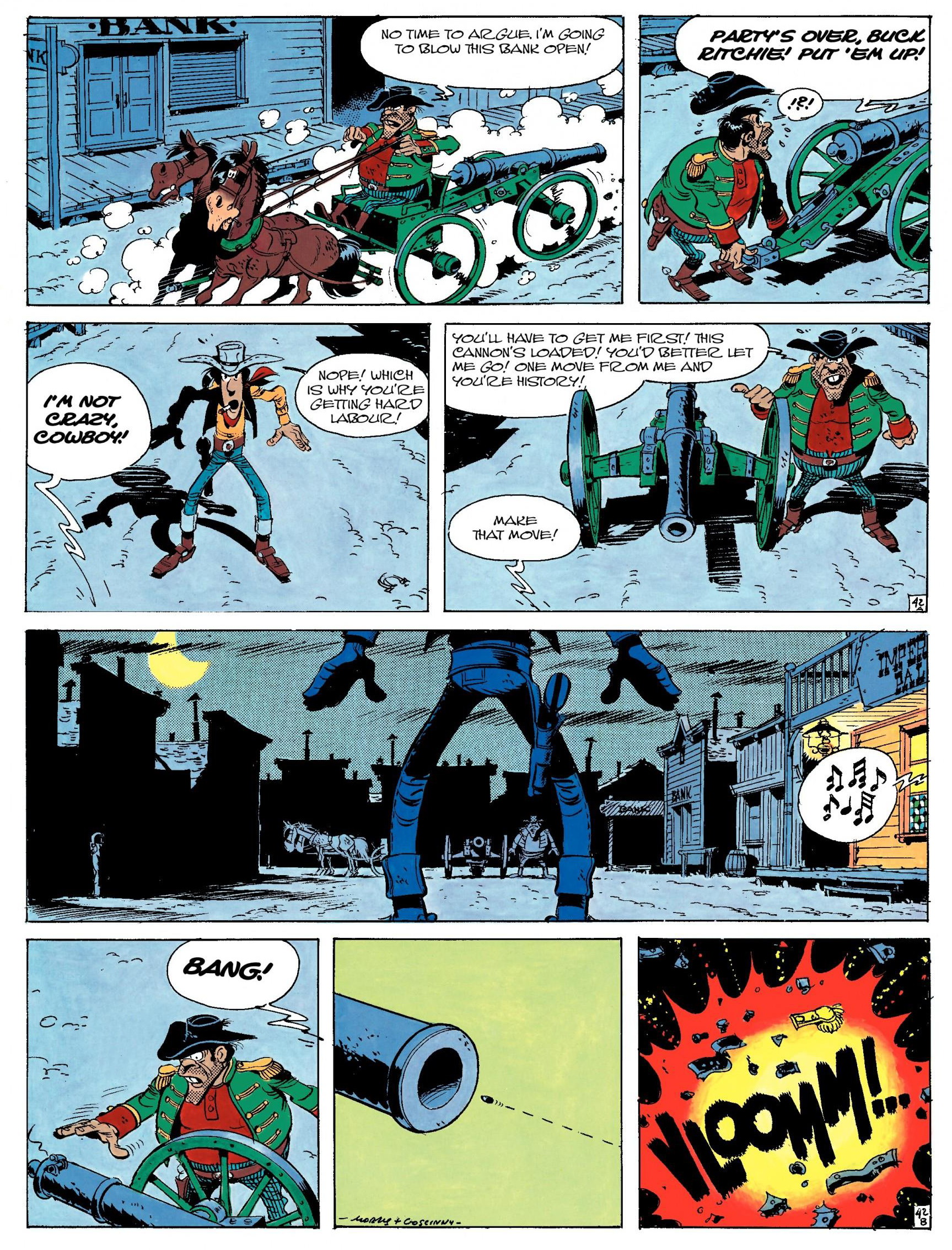 Emperor Smith is a somewhat unusual addition to the Lucky Luke series, eschewing typical Western fare – greedy cattle barons, gold rushes and oil strikes, gunslingers and armed bandits – in favour of a story about a lunatic who proclaims himself the Emperor of the United States.

Our hero is meandering along when he encounters Emperor Smith, a fantastically wealthy and stupendously deluded man who has declared himself the ruler of the USA. His curiosity understandably aroused, Luke follows the self-styled Emperor’s entourage, and can only watch aghast as the residents of the local town appear to share in the delusion.

It quickly transpires that everyone – with the exception of the Emperor – realises how silly the whole charade is, but Smith is a popular man who employs many ex-cowboys to dress outlandishly and act as his private army: easy work that’s much better paid than “chasing cows”. Smith chooses to model himself on Napoleon Bonaparte, to the extent that he goes around grabbing the earlobes of those that please him, a trait borrowed from the Little General himself.

Into this good-natured and largely harmless scenario steps a rascal, Buck Ritchie, who overhears Luke reporting to the town elders that Smith has the largest army for hundreds of miles, and huge stocks of military hardware. Ritchie decides to goad the Emperor into flexing his military might, and the bulk of the story concerns Luke’s attempts to stop everyone involved ending up swinging from a hangman’s noose for the crime of treason.

Needless to say, Luke manages to restore order, and Ritchie – the only real crook in a town full of deluded idiots – gets his comeuppance when he foolishly decides to face Luke in a duel and discovers that it’s not the size of your weapon, but what you do with it.

As fans of the series know, René Goscinny was fond of using real-life historical characters and situations as the basis for his stories. Remarkably enough, this off-the-wall tale is also based on a genuine character: Emperor Norton of San Francisco. Born in London, Joshua Norton moved to South Africa then America, where he promptly lost his fortune in Peruvian rice. He withdrew from public life, only to reappear as the Emperor of the United States. Much like Smith in this book, Norton was humoured by those around him (establishments that he visited would accept his own currency, for example) and grew to become so much of a celebrity that 30,000 people turned up for his funeral. You can also read about him in one of Neil Gaiman’s Sandman stories.

This lightweight story, if it can be seen to have intention other than pure entertainment, is effectively a cautionary tale of mass hysteria, and one in which Luke has to take the blame as the unwitting catalyst for the whole sorry affair. Morris’ artwork, lively and slick, is more detailed than in some of the other titles, and there’s little evidence of skimping on background or secondary characters. Goscinny always enjoys turning tropes on their head, but this book’s novel premise helps drive a plot that’s amusingly unpredictable and entertaining.