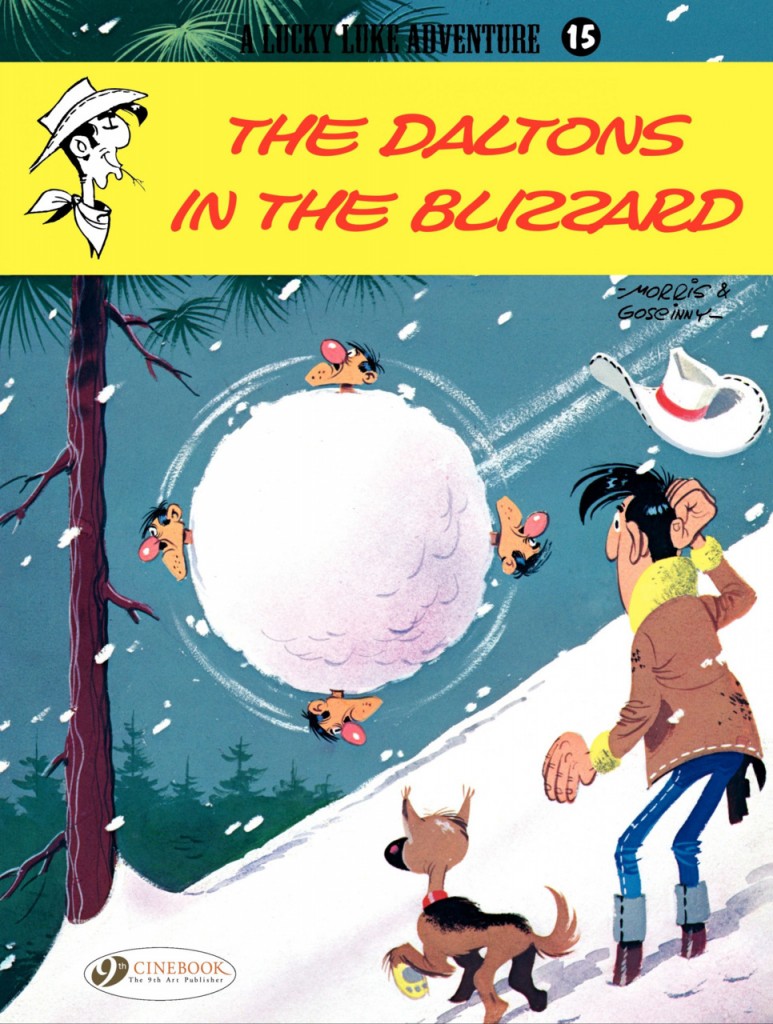 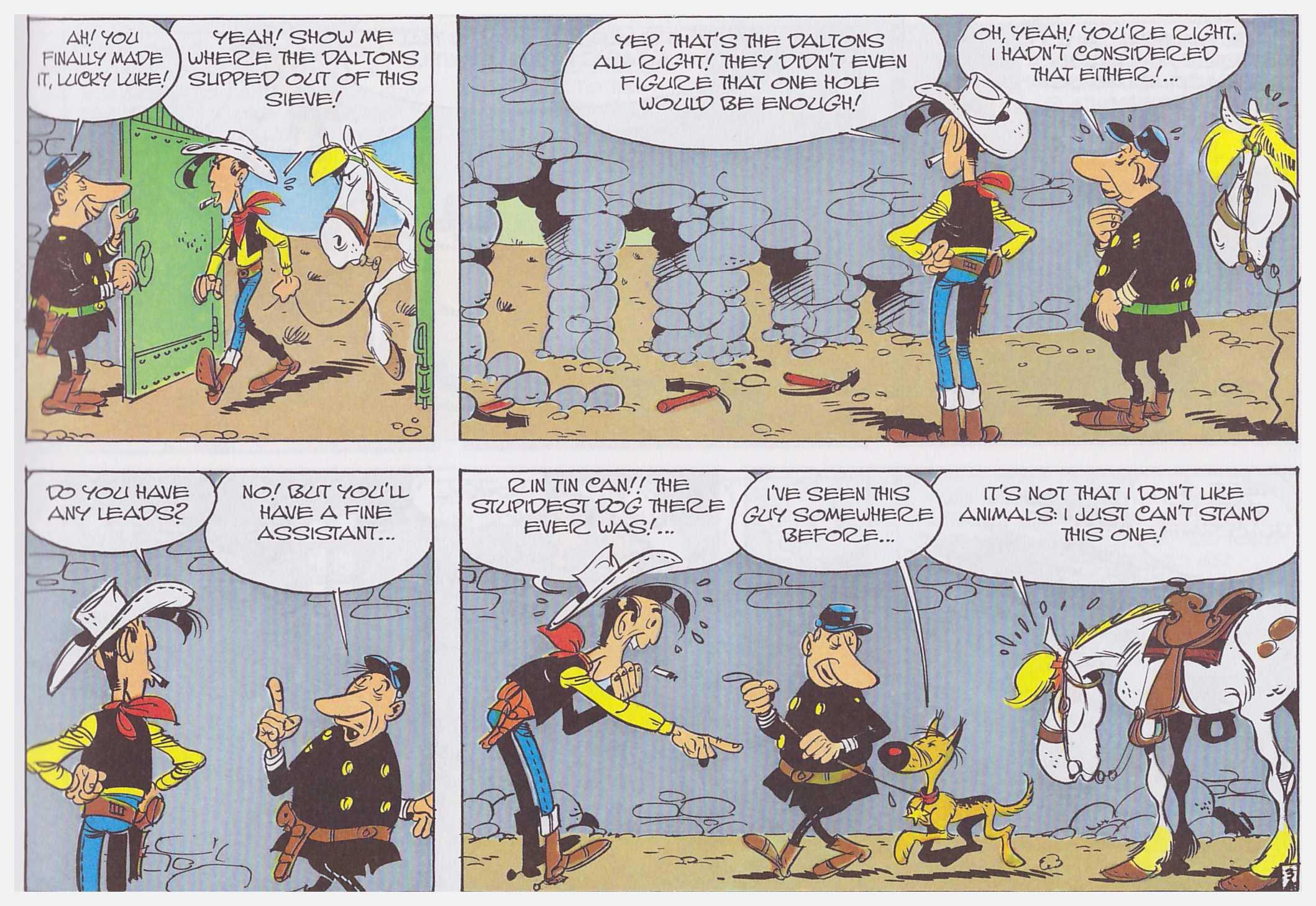 Once again the Daltons escape and once again Lucky Luke has to track them down. This is such a regular occurrence by this point that the telegraph informing him of this reads “Daltons escaped stop. Please bring them back to us stop. Thanks in advance stop.”

On the basis that they have no criminal record there, and so Luke can’t arrest them, the Daltons make for Canada. On arrival they’re astounded to see a pub brawl stopped by stern words from a Mountie, and the perpetrators trusted to make the three day march to the turn themselves in to jail for 48 hours. As they’re now the only citizens in the country with no respect for the law, the Daltons set about business as usual.

Luke is hampered by being accompanied by useless prison guard dog Rin Tin Can, his geniality matched by his stupidity, and a constant hindrance. The Daltons eventually take refuge in a remote lumberjack community, discovering themselves way out of their depth, before settling on a career running a saloon.

Although Cinebook refer to this as volume 15, numbered in publication order it’s actually volume 22, and the 12th collaboration between René Goscinny and Luke’s creator Morris, first released as a book in 1963. By this stage they’d settled into a smooth working system that would result in a further 33 top class volumes. The jokes are good, the cartooning is superb, the Daltons are ridiculous, and anyone enjoying one of the Goscinny and Morris collaborations should enjoy them all.