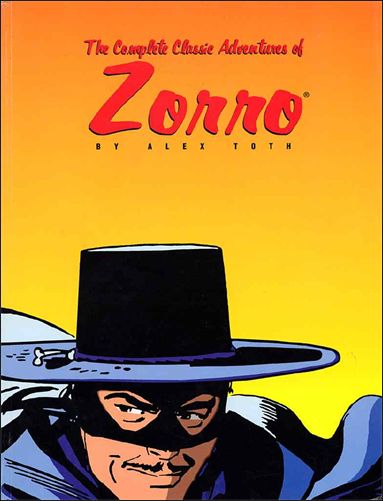 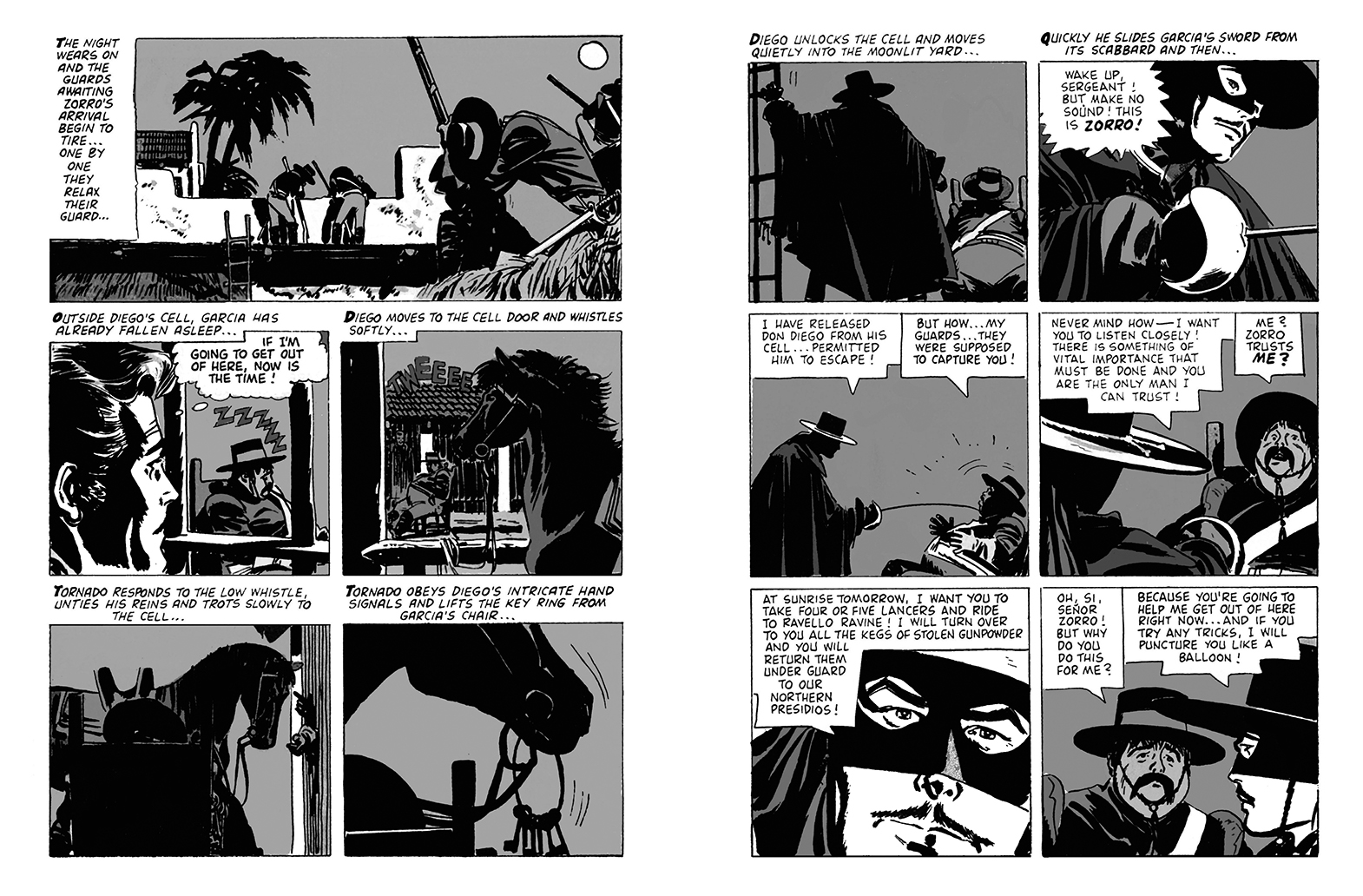 Between 1957 and 1960 Alex Toth drew eighteen stories for a licensed TV tie-in comic featuring stories from the Walt Disney studios television version of Zorro. Those stories were reprinted by Eclipse books in a two-volume edition, Zorro: The Complete Classic Adventures By Alex Toth in 1988. The art in these two volumes was reproduced from proofs of the original comics, in black and white instead of colour. The monochrome art was augmented with grey tones provided by Toth himself to add extra dimension to the pages, and they look excellent. Many fans prefer the black and white versions to the colour as being purer to Toth’s vision.

This book reprints those black and white stories in a single volume. Toth was a very big fan of the original 1940 Mark of Zorro film starring Tyrone Power, so this job was ideally suited to his interests. However, it turned into an exercise in frustration for him. The scripts were written by the TV show staff  and followed the same very talky and static style demanded by TV budgets. Toth was not allowed to deviate from the scripts in any way to make them more visually exciting. The moments of action really stand out for the dynamism Toth applies, but they are only a small part of each story. Given the majority of each script is just people standing around talking, Toth managed an incredible job of making the comics look as good as they do, using all the lighting, staging and layout skills at his command. He disliked a lot of what he had to draw and especially didn’t like the fact that this television Zorro wore a cape, but despite his annoyance he produced marvellous strips that almost manage to overcome the dull writing.

This volume is long out of print. A new edition, in a single volume and in full colour, was published by Hermes Press in 2013, Alex Toth’s Zorro: The Complete Dell Comics Adventures.