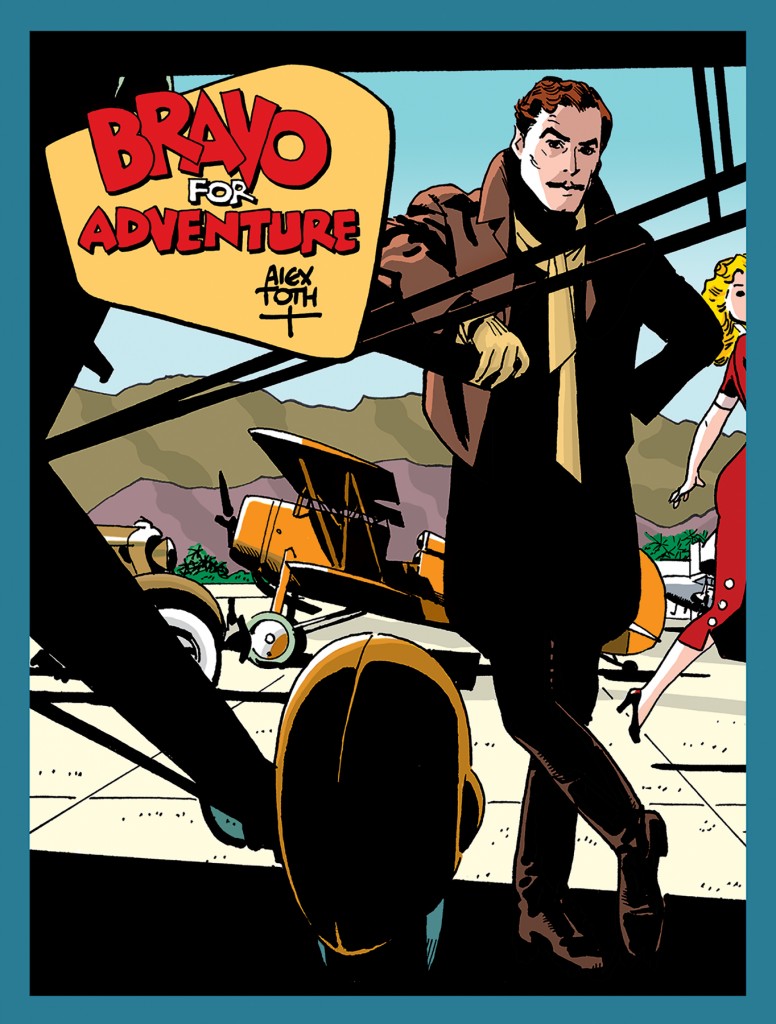 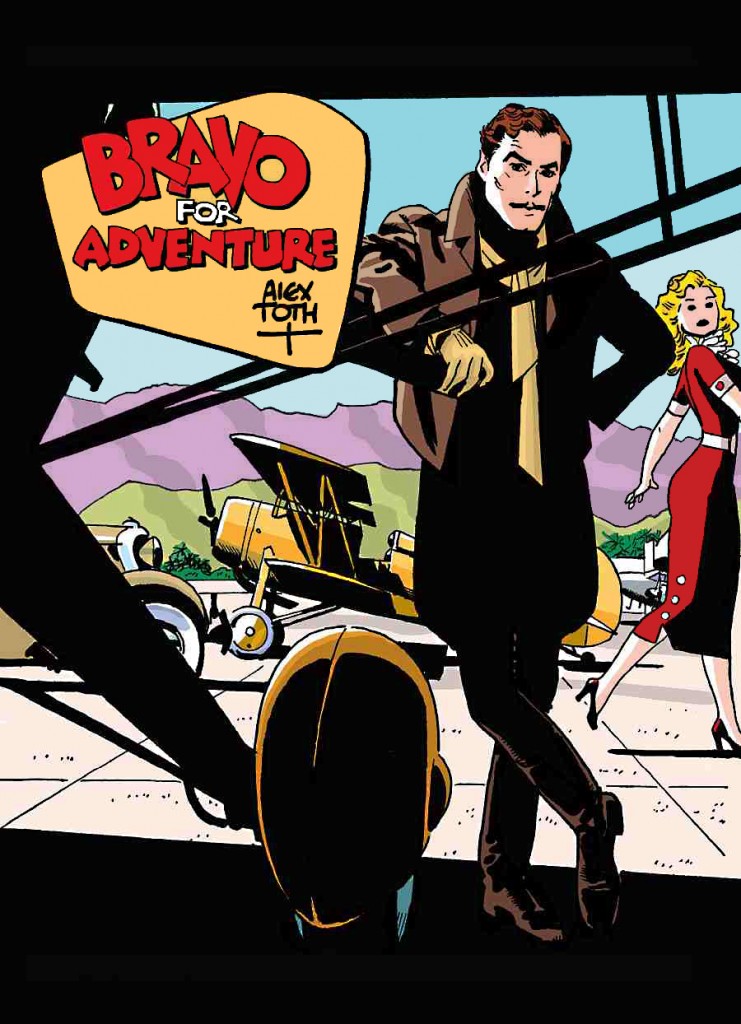 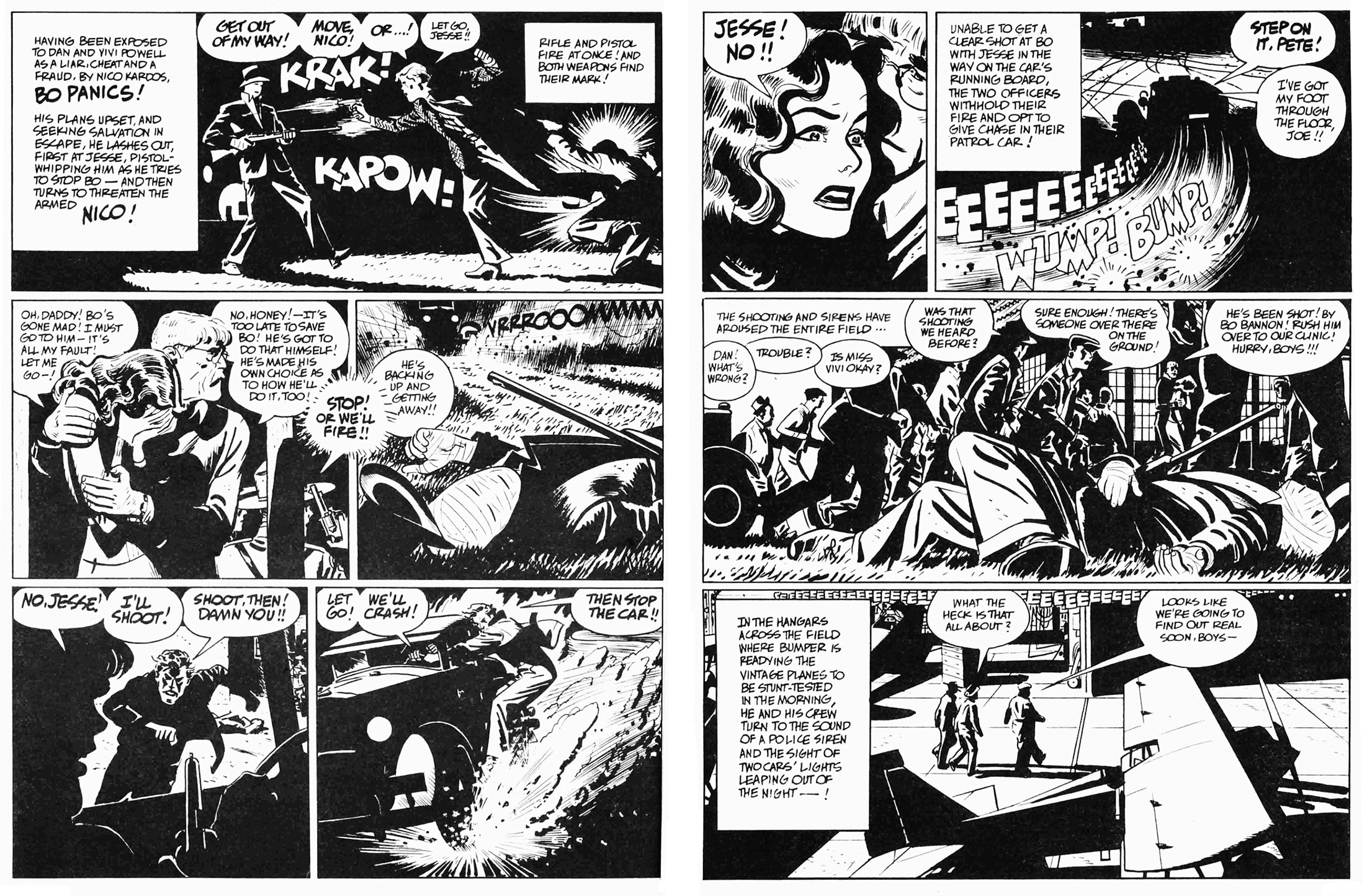 Bravo For Adventure was one of the few comics projects to be both written and drawn by the legendary Alex Toth. Despite being a massively influential “artist’s artist” from the 1950s through to the 1990s, he is mostly unknown to the average reader today. This is because he drew very few superhero strips, working in other genres such as romance, western, horror, war, or adaptations of film and TV series such as Zorro, The Land That Time Forgot and 77 Sunset Strip. When he did draw superhero or adventure material he didn’t stay on any title long enough to generate a following. One reason for that was his dislike for the direction superhero comics took after the 1970s. Bravo For Adventure was Alex Toth’s attempt to create the kind of material that he wanted to see more of, created for a European publisher, but then unpublished until a few years later.

This new hardcover volume collects everything related to the abortive series. There’s one European album-length story, one shorter story, a character bio and various notes, sketches, and unused pages in a generously-sized book that reproduces Toth’s gorgeous art as crisply as it deserves. An introduction by editor Dean Mullaney sets up the history of this project and gives all the background behind it.

Jesse Bravo, the hero of this swashbuckling adventure set in 1935, is a former fighter pilot for the US Navy turned stuntman, flying planes for Hollywood movies when he isn’t running his own air charter company. He has a remarkable resemblance to Errol Flynn, which he puts to good use as an occasional body double. Bravo For Adventure is filled with page after page of incredibly dynamic storytelling, brilliant drawing, great character designs and superbly realised action sequences, but Toth’s inventiveness doesn’t extend to the script. He plainly loves everything about the locations, the time period and the actors that he bases his characters on, but he doesn’t manage to do anything more than rearrange very well-worn elements from movies of the period. The terribly stilted dialogue doesn’t help either. However, nobody is buying this book for the words; the masterful way this story is told more than compensates for the pedestrian set-up. The second shorter story is unfortunately less engaging, being one long meandering dream sequence which Toth rather self-indulgently fills with references to favourite strips, creators and films he admires. Still, it’s ingeniously composed and expertly rendered, with ability to spare.

It’s hard not to muse on how good these stories could have been if Toth had found a sympathetic writer to collaborate with. Nonetheless this is an imposing volume of spectacular artwork, including rare pages of never-before-seen pencils, fascinating colour guides, roughs and notes, and Alex Toth devotees will be satisfied with that. 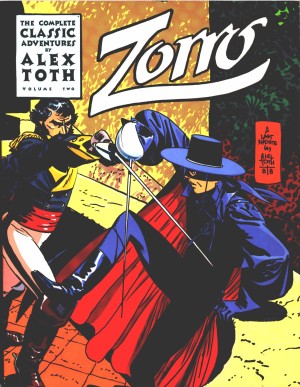