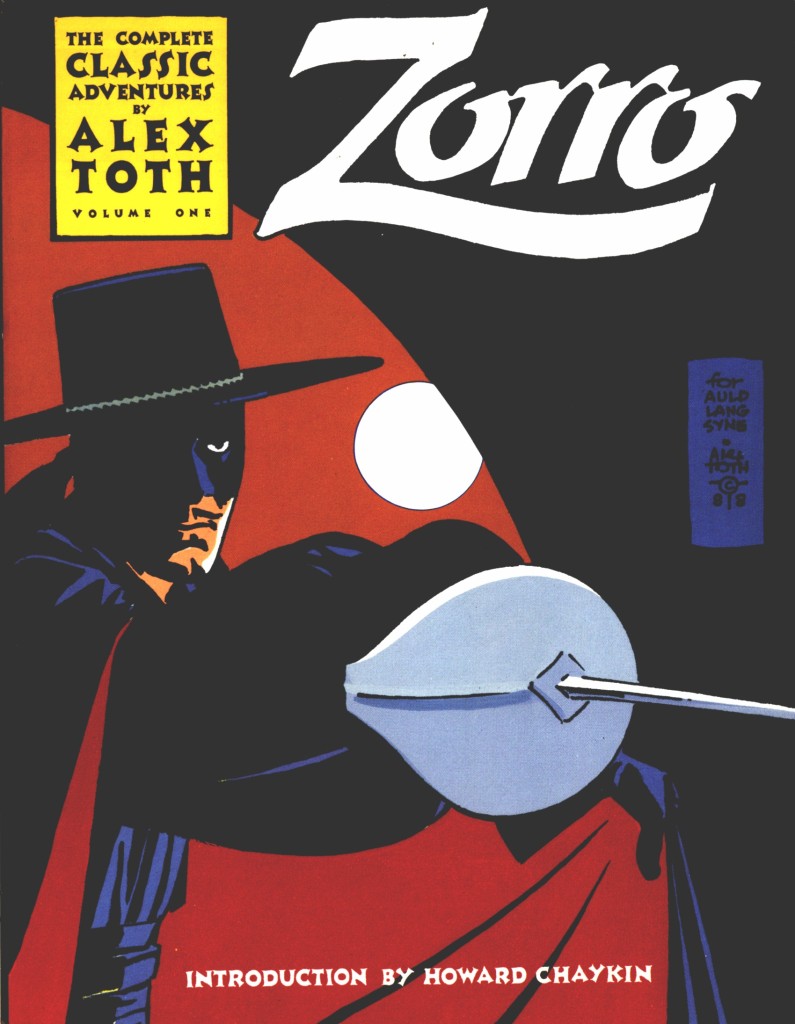 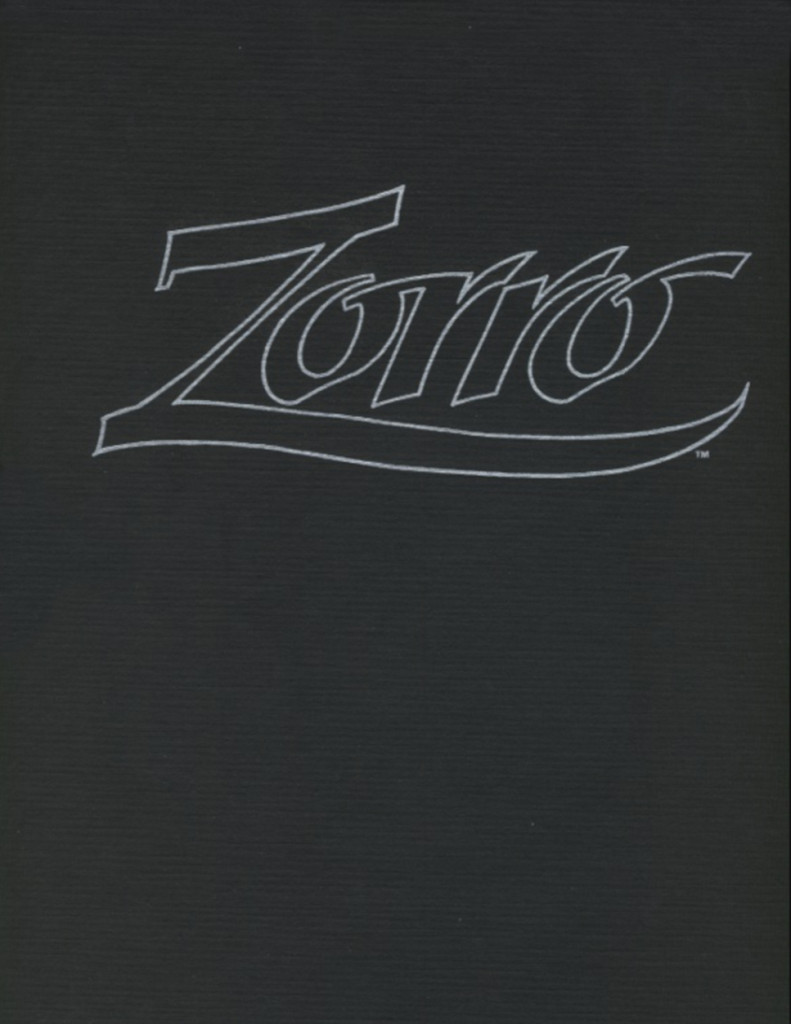 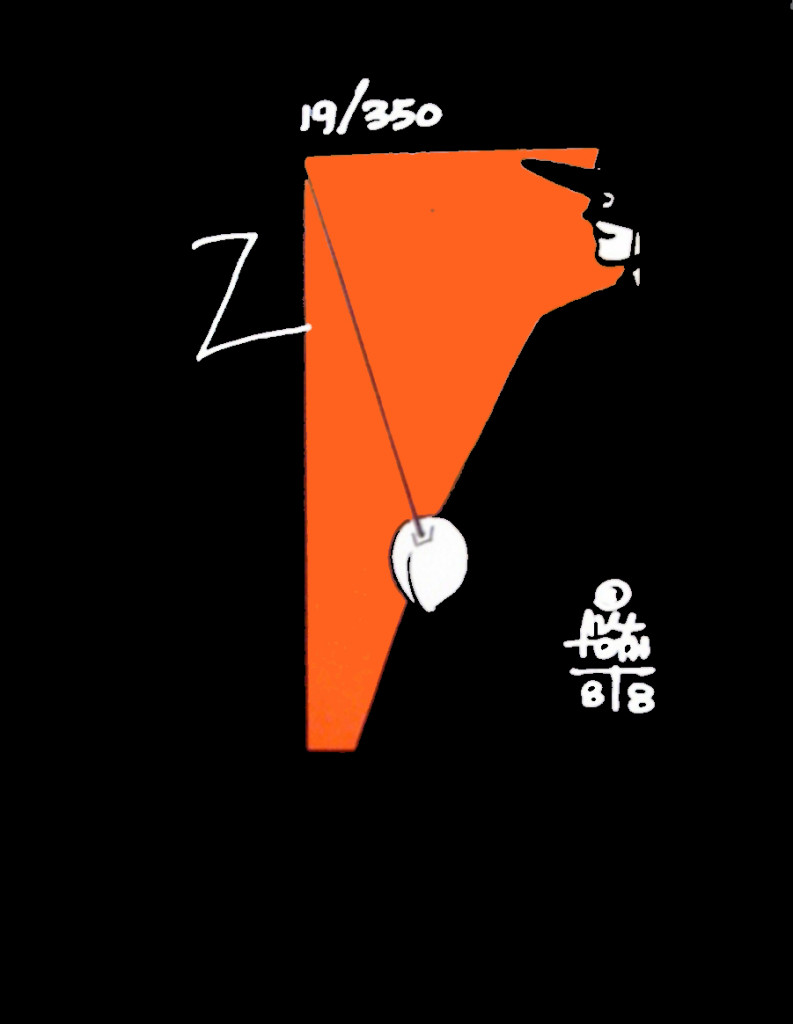 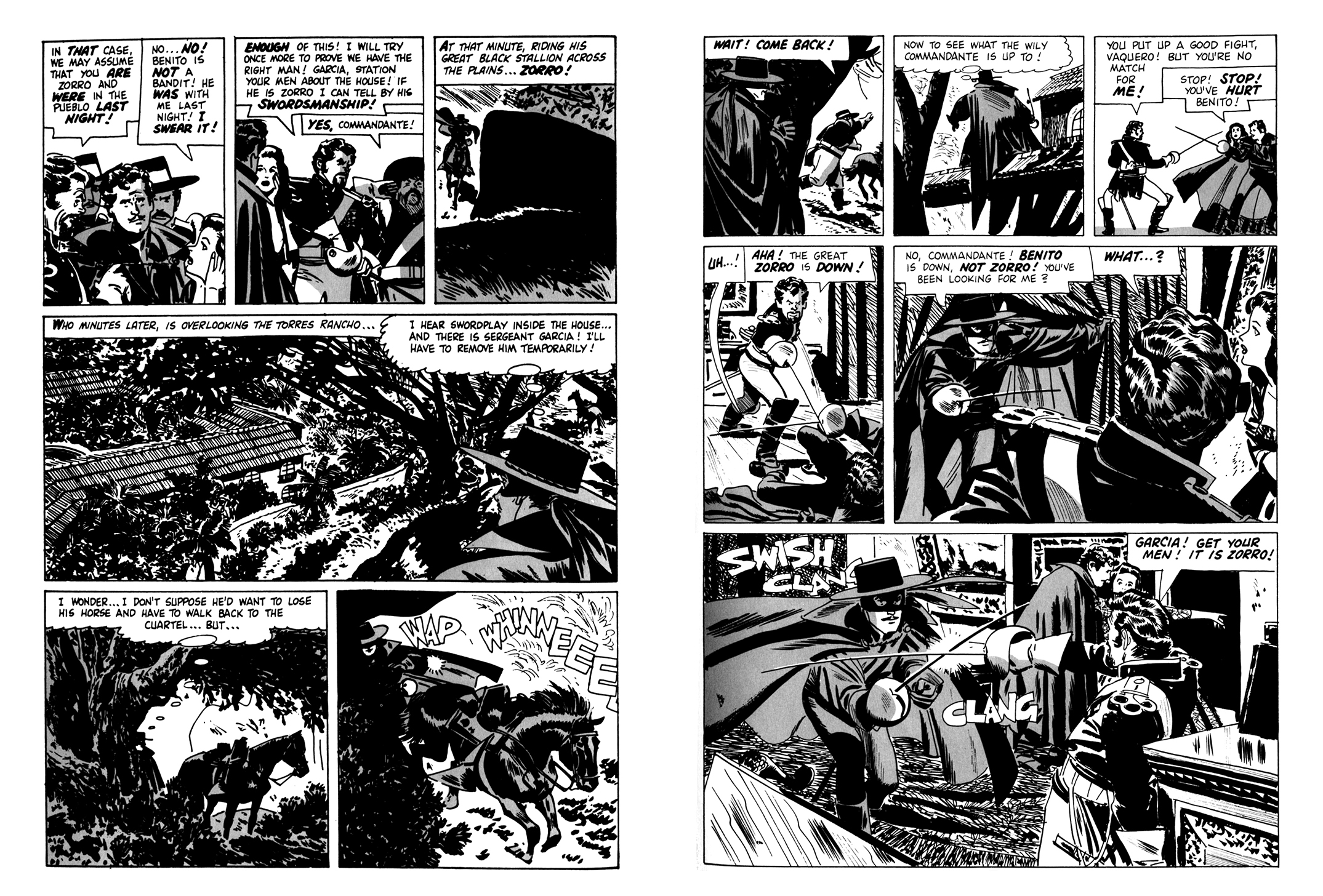 In 1957 the Walt Disney studios television version of Zorro began airing on television. Alex Toth’s art director at the producers of Dell Comics, knew Toth was a fan of the 1940 Mark of Zorro film starring Tyrone Power, and handed him a script for the Four Color comic, a licensed TV tie-in adapting stories from the show. The covers were photographs of the star, Guy Williams, but the insides were all strips. Between 1957 and 1960 Alex Toth drew eighteen stories for Zorro comics.

What initially seemed like a dream assignment soon turned into a slog. The scripts came from the writers of the Walt Disney TV show who followed the same very talky and static style that television budgets demanded. Toth did his best to make the visuals interesting, but he was handcuffed to pedestrian stories and even with his incredible talents there was only so much he could do. He disliked a lot of what he had to draw, and especially didn’t like this television Zorro wearing a cape, which didn’t have much logic to it as far as he was concerned. Despite his annoyance, Toth produced marvellous strips, which almost manage to make the reader forget how dull the material is.

This first of a two-volume collection was reproduced from proofs in black and white rather than the colour of the original comics, but Toth himself provided separations for a grey halftone tint to add some extra visual juice to the art, and the pages look superb. This volume features an introduction by Howard Chaykin. An edition of both volumes in a slipcase limited to 350 copies was also produced, signed and numbered by Toth. They’re now long out of print, but were reprinted in a single volume by Image in 2001, The Complete Classic Adventures of Zorro, now also out of print.

A new edition of these comics, in a single volume and in full colour, was published by Hermes Press in 2013, Alex Toth’s Zorro: The Complete Dell Comics Adventures.