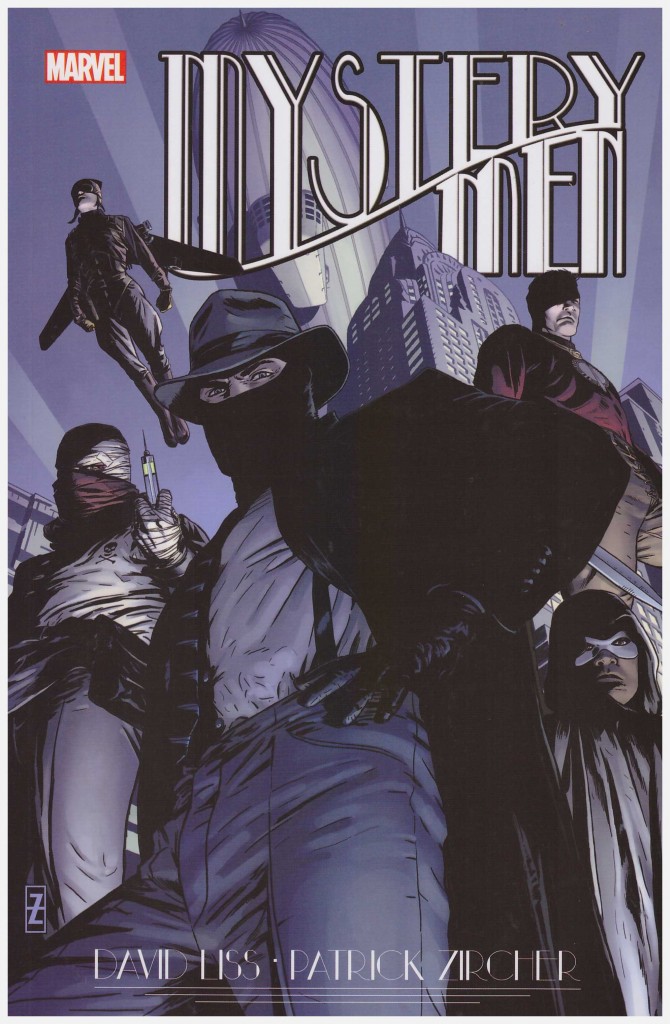 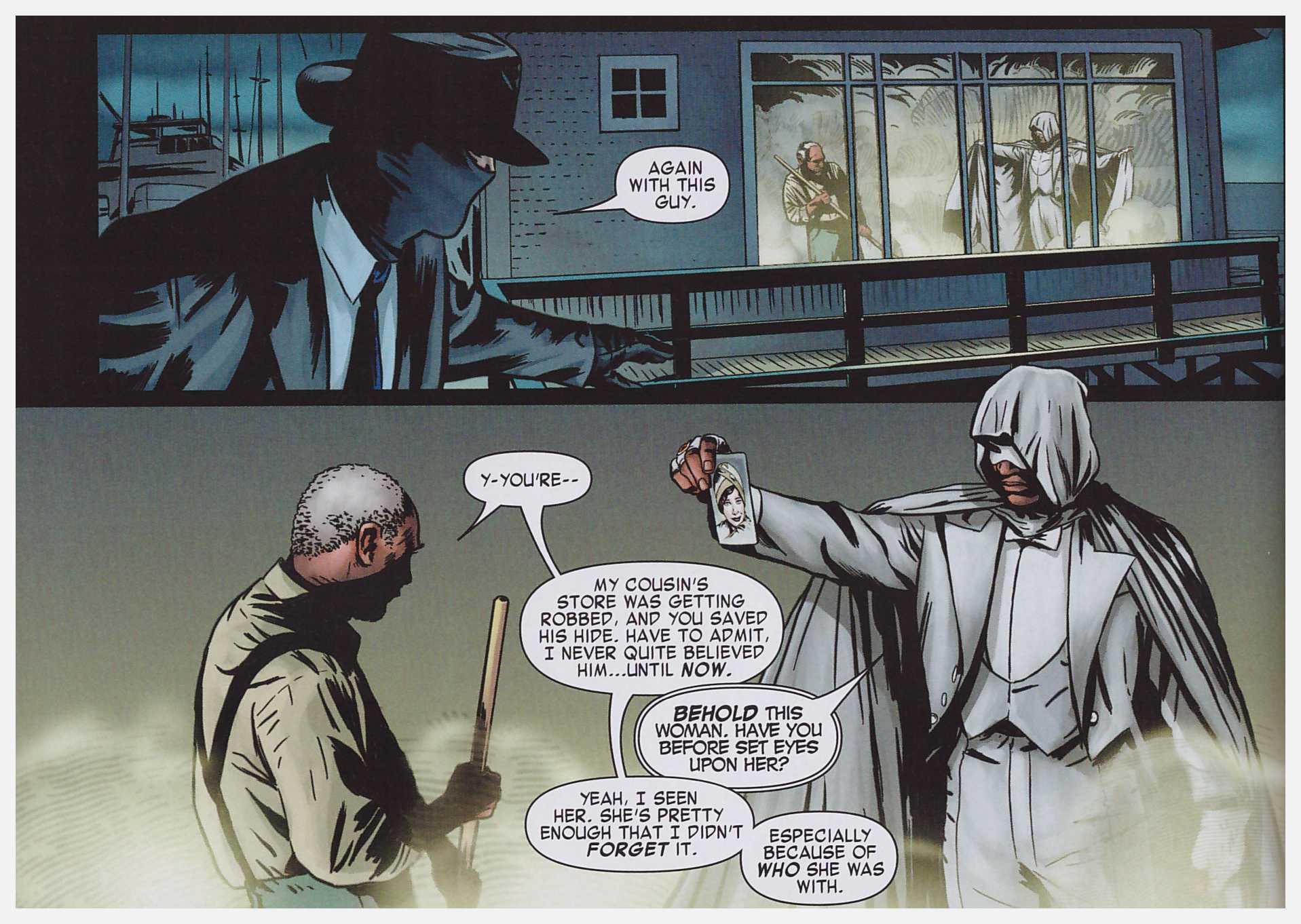 This is quite the novelty. Marvel adventures set in World War II have been relatively commonplace, but that’s not the case for the pre-war era. Night Raven is the only other costumed character that comes to mind operating in that period.

So here we are in the depression era of the early 1930s, led in by the Operative, a latter day Robin Hood who robs the exploiters of the underclass to donate to the needy. He’s typical of the crimefighters illustrated in the pulp magazines of the day, operating in an immaculate suit and bow tie, but when his glamorous girlfriend Alice Starr is killed the police figure Dennis Piper is an easy man to fit-up as the culprit. Their mistake.

As he investigates further, some rather unsavoury goings on come to light, and one by one Piper gathers allies. There’s Alice’s sister Sarah, a maverick for the era who’s developing a mechanical flying device for individuals. The Revenant is an African-American, using the elements of stage magic to combat crime, Achilles possesses a magical amulet that transforms him at a cost, and no-one’s ever encountered anyone like the Surgeon.

In addition to constant harassment from the police determined not to relinquish Piper as their priority conviction, the Mystery Men, although never named as such during the story, discover their true enemy to be someone whose power dwarves theirs.

This is an engaging and entertaining tale, well plotted by novelist David Liss who’s adapted satisfyingly to the requirements of writing for an artist, with illustration of an equally high standard provided by Patrick Zircher. He’s carried out his research to ensure the period detail, which completely convinces, and his cast come across as real people thrust into events beyond their experience. Liss manages their interaction well, and packs a lot into five chapters.

Mystery Men rather sunk without trace on release, which is a shame as it’s better than many highly praised and more bombastic projects issued around the same time.