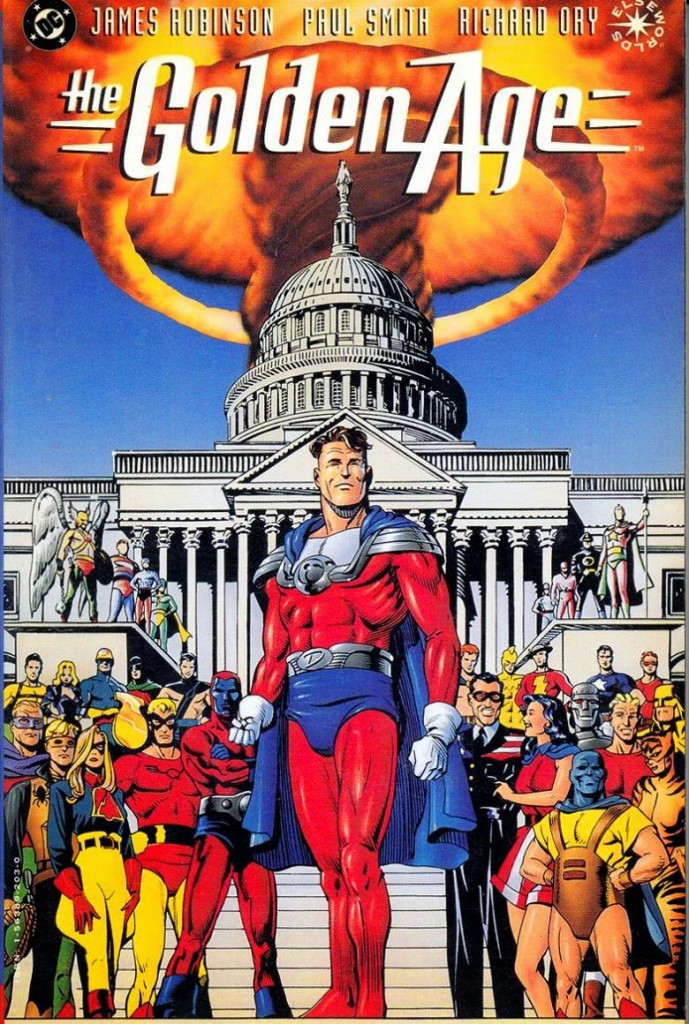 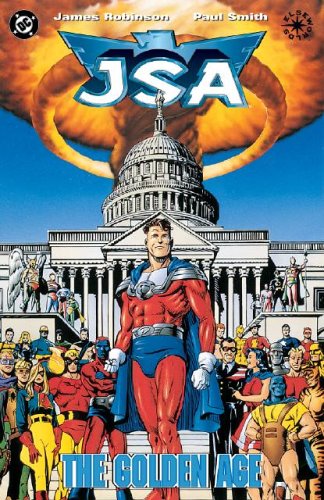 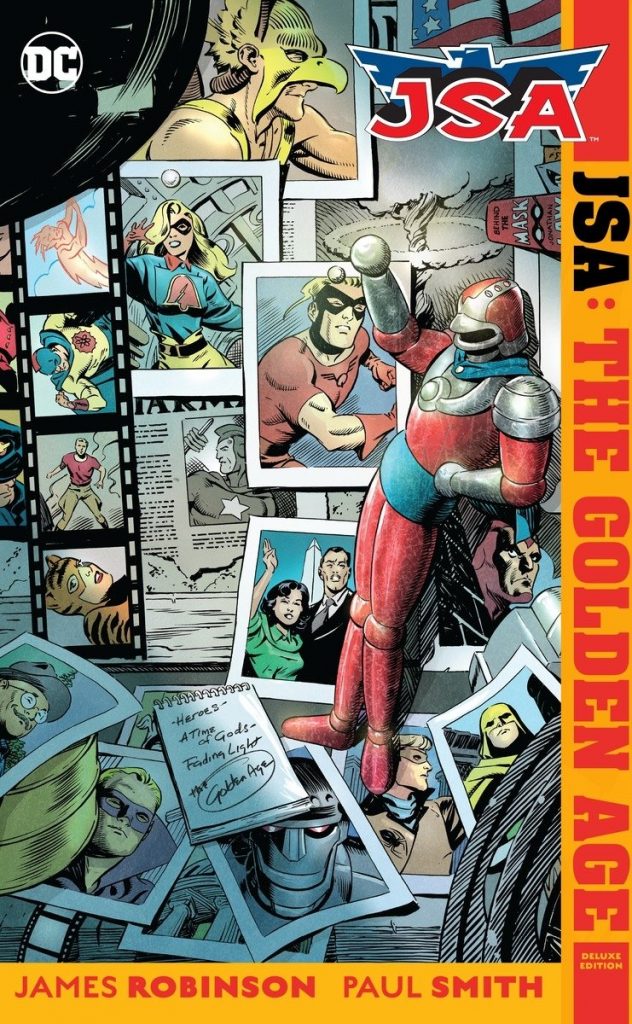 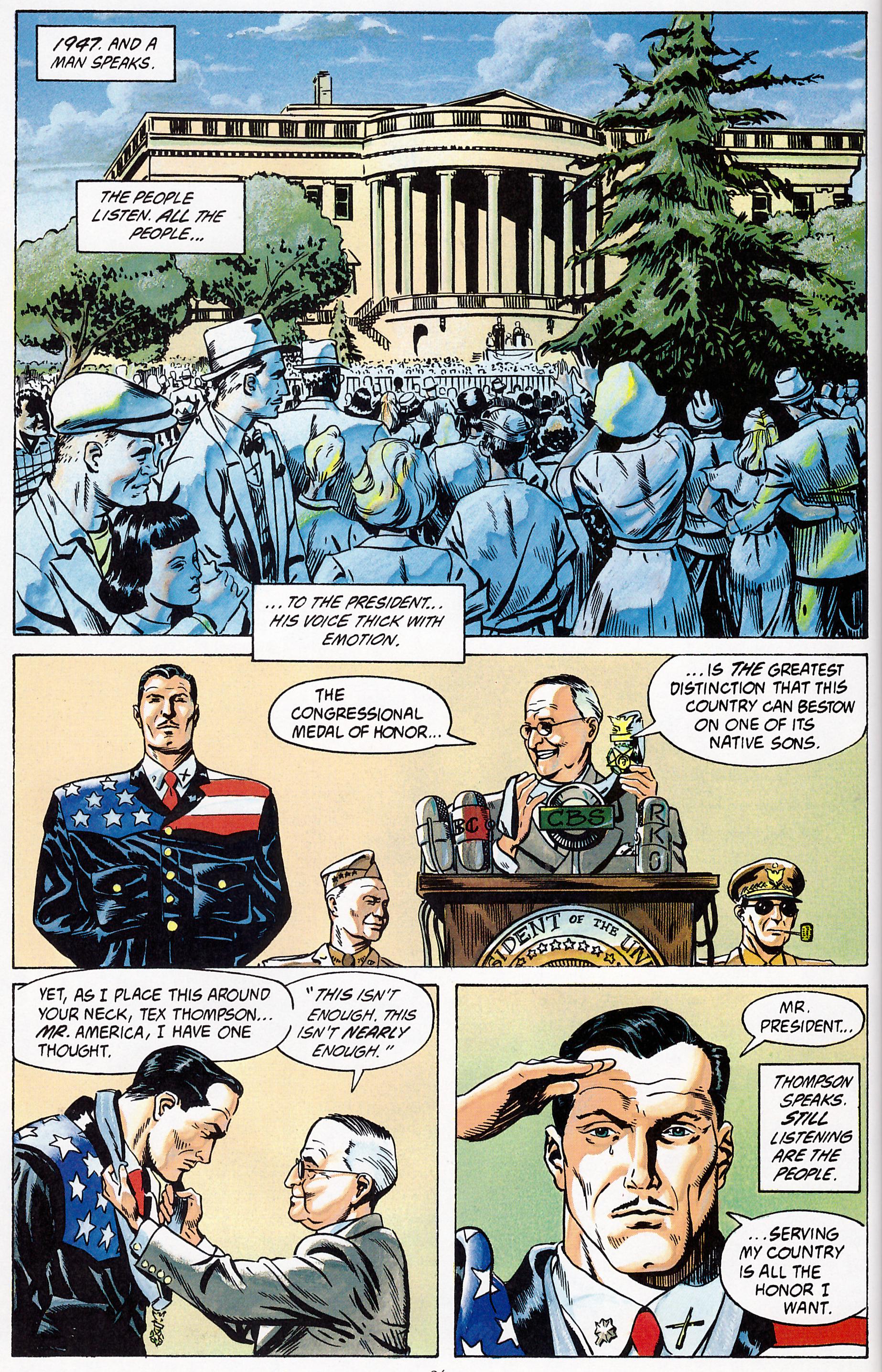 As a teenager in London James Robinson developed a fascination for the 1940s superheroes whose exploits filled DC’s 100 Page Super-Spectaculars. Isolated reprints of a single story from the distant past featuring characters never seen again created a mysterious allure, and twenty years later Robinson delivered his loving homage to those superheroes.

The Golden Age is blessed with a fine artist in Paul Smith, an artist able to convey the world beyond superheroes so necessary for evoking the title, delivering those lawns and picket fences and an era of hope, renewal and prosperity as World War II ends. During the conflict one hero in particular had distinguished himself in very public fashion, and on returning to the USA Tex Thompson, Mr. America, laps up the victory parades and rapidly parlays his universal goodwill into a political career.

For other heroes the lack of an obvious menace against which to pit their powers throws them into confusion. Those for whom super powers weren’t their entire validation forge civilian careers, while others haunt the dark alleys of cities at night, protecting domestically. Some don’t fare as well. An element Robinson would echo in his later Starman series is the original Starman suffering from depression, and other writers would pick up on Hourman’s addiction to the pills allowing him enhanced abilities for sixty minutes. Manhunter becomes quarry for a secret he no longer recalls. The creation of the world’s first atomic superhero is presented as step into a bright future, yet instead the world turns a little darker and some certainties begin to unravel.

Robinson throws in character after character reprinted in those 1970s comics: Robotman, Dan the Dyna-Mite, Captain Triumph, Johnny Quick… and weaves them all into a compelling narrative. It’s pretty well faultless until the conclusion, revealing the true villain of the piece in piece of plotting that could have originated in the era the story’s set. Ignore that, though, and wallow in the remainder.

When originally published this was titled The Golden Age, but with Robinson’s successful re-launch of the JSA it was re-packaged as a JSA book despite little connection beyond sharing a few characters. More recently there’s been a ‘Deluxe’ edition, hardcover with larger sized pages, but no extra content.