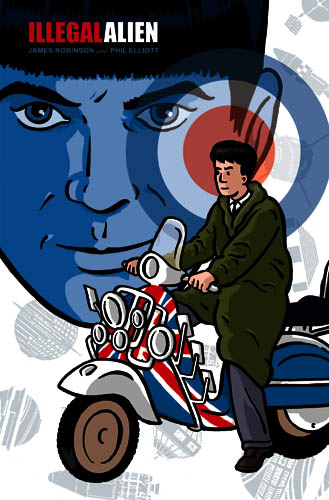 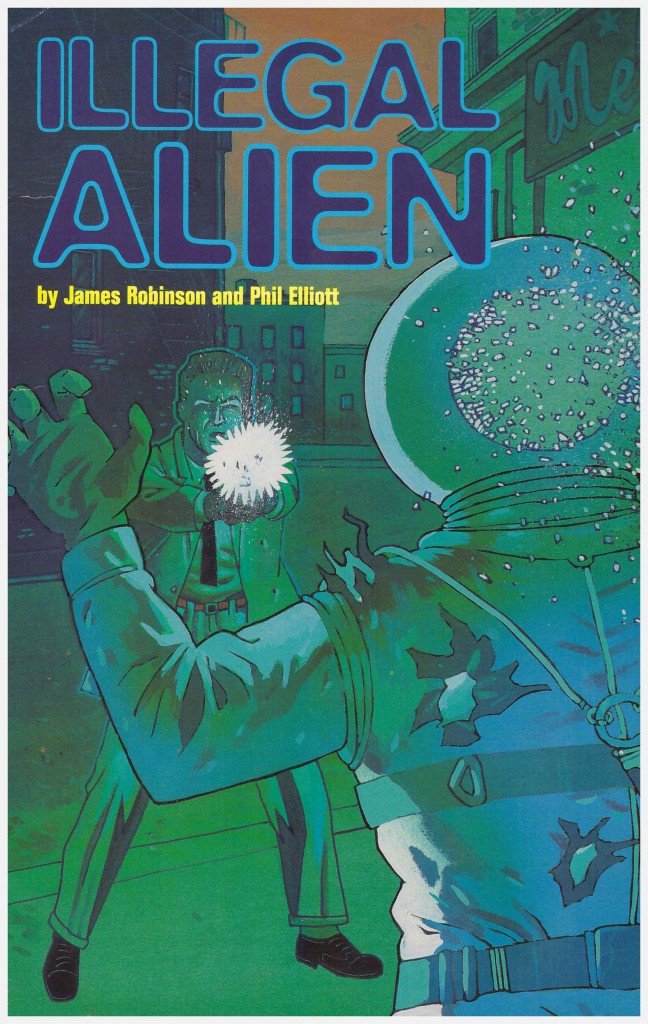 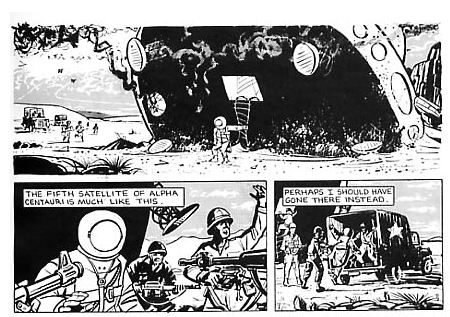 This is one of writer James Robinson’s earliest published works, and taken in context with his other early work, the broad scope of his storytelling is remarkable. Other than Robinson’s name little connects Illegal Alien with 67 Seconds, Grendel, or London’s Dark. Thematically little connects Bluebeard either, but it’s also drawn by Phil Elliott.

Elliott is a great lost talent. Influenced by the European ligne clair style of cartooning, he was instrumental in initiating the British small press boom of the early 1980s, but by the time 21st century mainstream comics accepted cartooning he’d all-but disappeared. He attempts a more naturalistic style on Illegal Alien to fit the 1960s real life setting, and copes with the tricky aspect of distinguishing a large cast, but in places it’s uncomfortable, the black ink distracting.

An alien whose natural form is gaseous arrives on Earth and reanimates the corpse of a recently killed American gangster. Before his death, Guido Palmano had been charged with visiting London, where he had relatives, and sorting out an alliance with some British mobsters. The Guido that arrives in London is considered odd by his relatives, who’re nonetheless relieved he’s not the violently explosive man they remember. There’s some initial mistrust, but he eventually wins the entire family round, while working long hours on new inventions. Alas, the list of those searching for Guido is long and powerful.

This isn’t the story of Guido’s modification, though, it’s the story of Dino, aimless teenager to begin with. He instantly bonds with Guido and over the course of a year transforms his life and decides his future. Robinson would write Illegal Alien differently today, smoothing out some rougher aspects, but in some ways it’s the awkward elements that charm, particularly the ambition of almost cataloguing the early 1960s.

The most widely available edition is published by Dark Horse, but Illegal Alien was originally published by Kitchen Sink with a bizarrely unrepresentative cover.