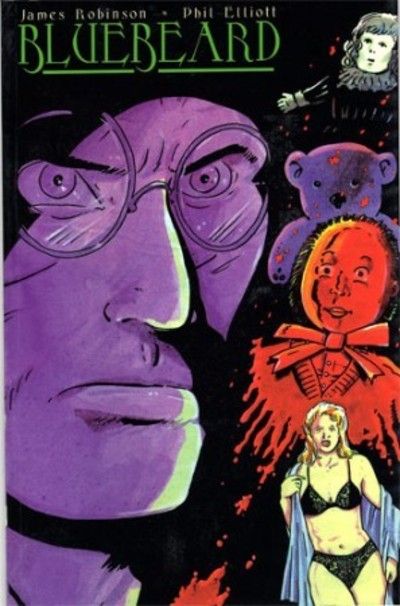 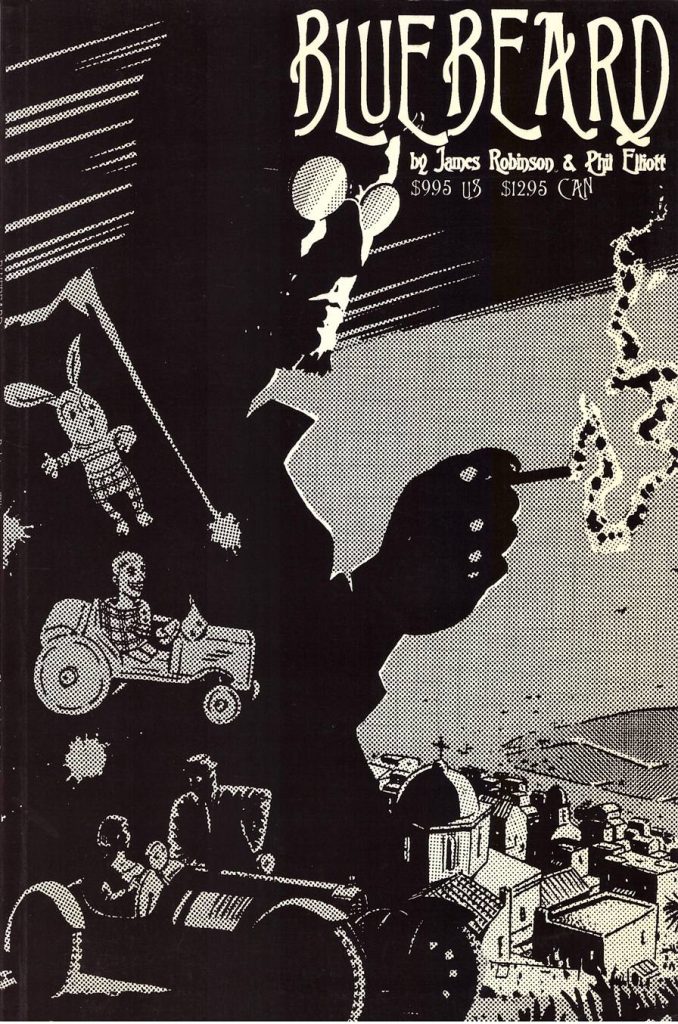 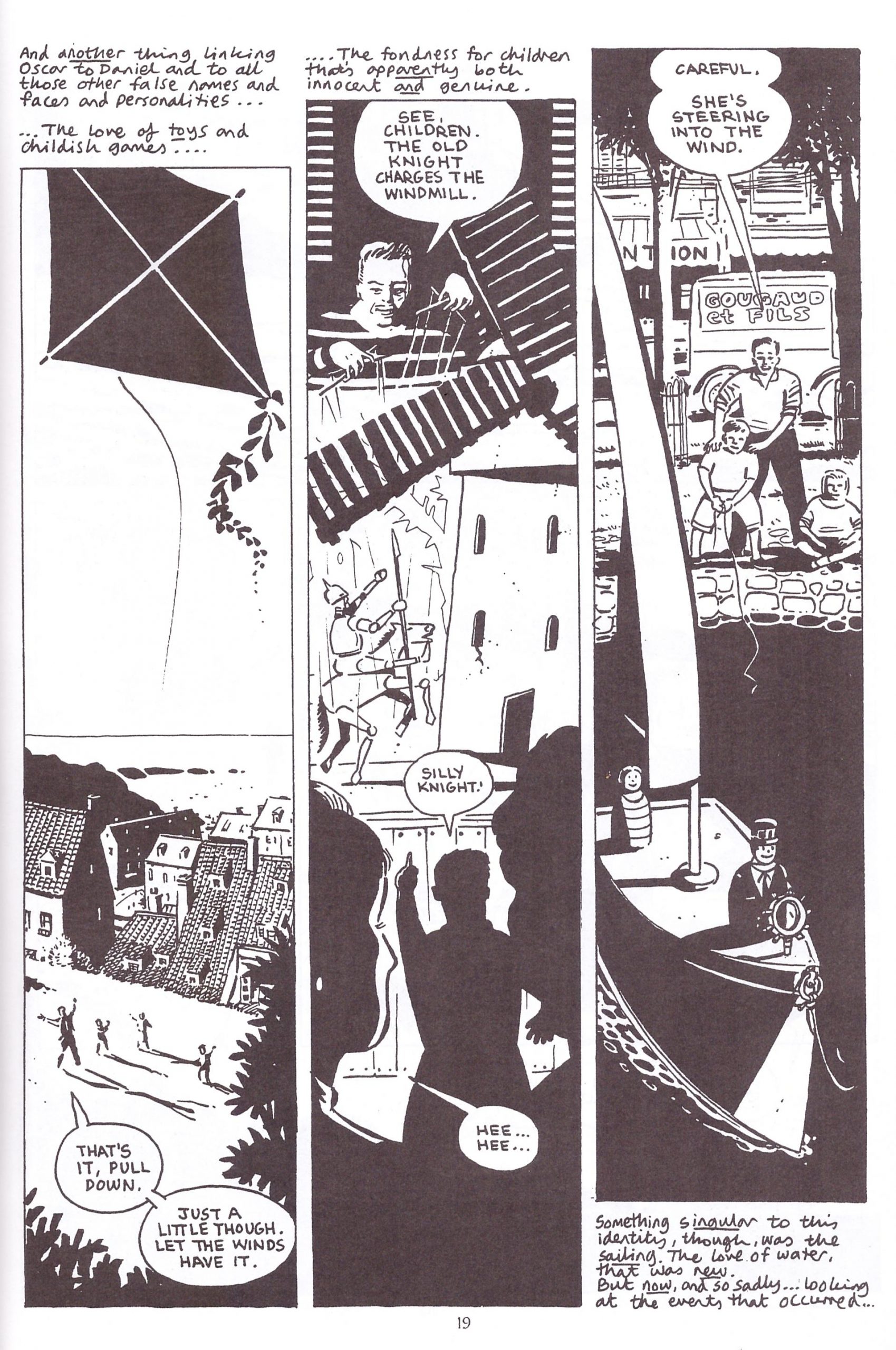 Reading Bluebeard with knowledge of how James Robinson’s career progressed, reveals it as a fair pointer forward, and already accomplished. When released in 1994, though, it was an oddity in a market that rarely deviated from the trilogy of superheroes, horror/mystery and science fiction. The cover gives little away, but it’s a character-rich crime story over six chapters, beginning on a small Greek island where the locals resent the influx of mainlanders who’ve moved there following its profile being raised by some acclaimed painters.

One of the incomers is Anna, boorish and unpleasant, for whom none of the locals or their products are good enough. Robinson takes time to build Anna’s obnoxious personality, while Phil Elliott provides a stony expression on a bulky woman. Elliott is tremendous throughout, especially considering that to conform with expectations of the time, he’s drawing in a realistic style instead of his distinctive cartooning, and a few scenes do betray that, having an awkward quality. Five years later he could have used his regular style and no-one would have commented. It’s nevertheless a bravura performance as he brings a number of different locations to imaginative life, along with considerably changed circumstances.

A few clunky phrases are used, but Robinson’s narrative still successfully drags readers into what turns out not to be the story of Anna on a Greek island after all. The surprise of this is neatly worked, but slightly paints Robinson into the corner of not being able to top it, and as thoughtful as they are, some remaining chapters work toward an inevitability. A switch of lead character in the fifth chapter, however, restores the freshness, from which Bluebeard is seen out very efficiently.

Bluebeard is best read with its secrets kept beforehand, which is why this review isn’t specific on plot details. It’s for people who enjoy a crime story with first person narration, and it still holds up well when crime graphic novels are regular instead of almost unknown. It wouldn’t be shamed by a reissue.