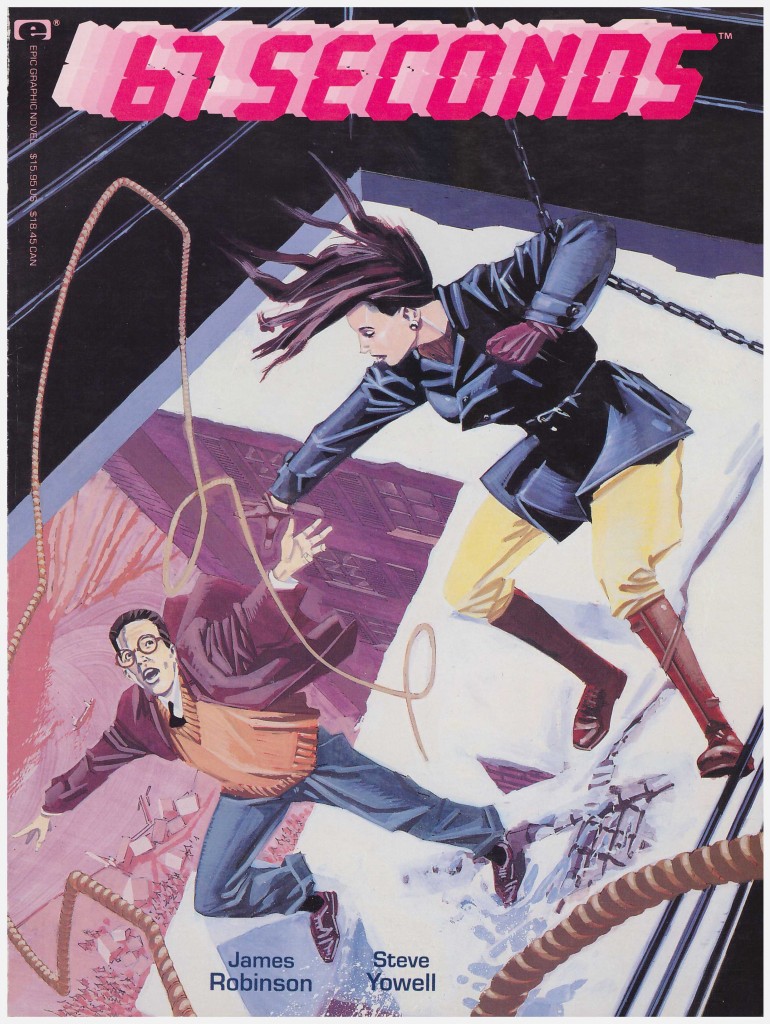 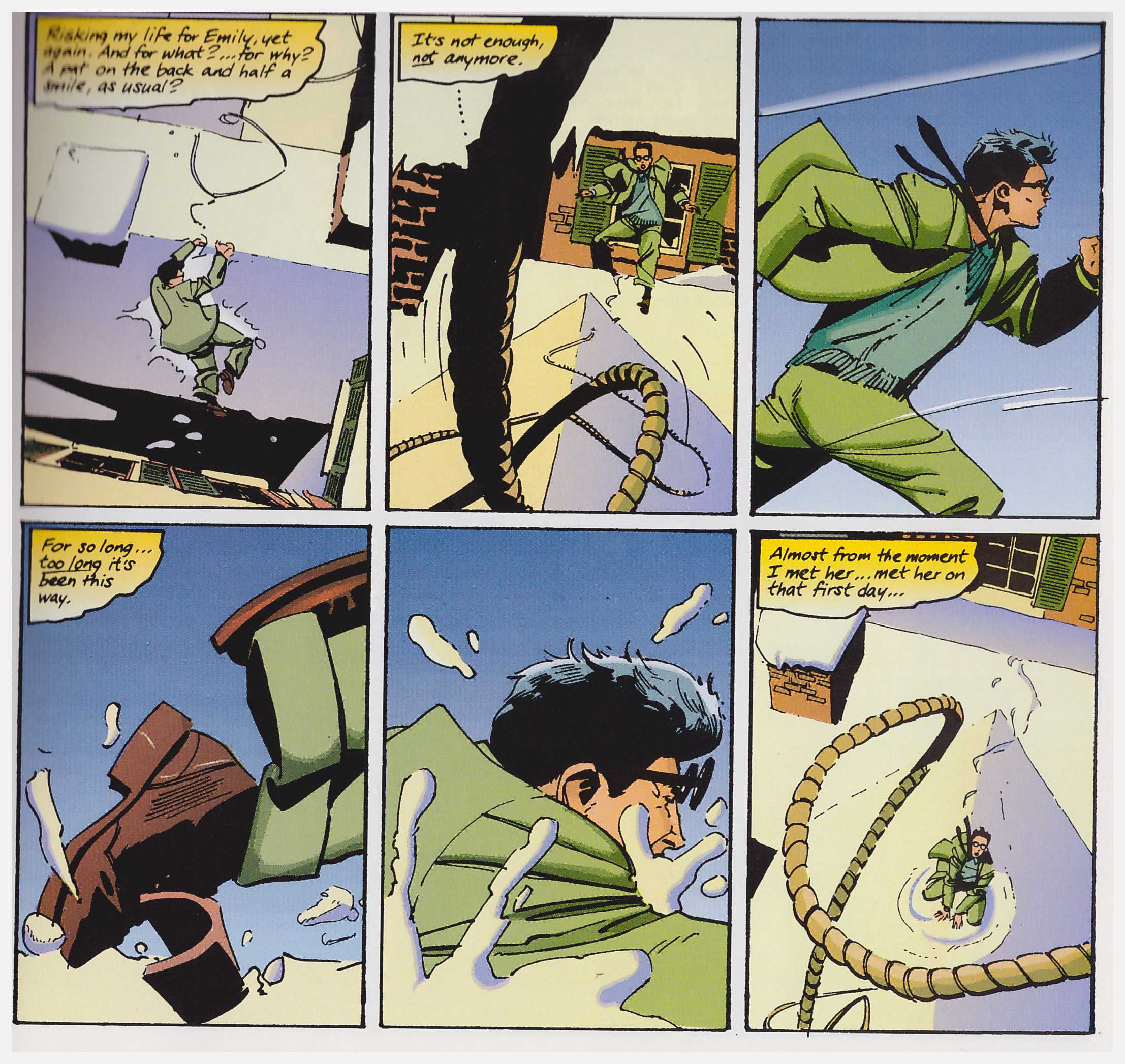 It’s astonishing that Marvel Comics, even under their more relaxed creator-owned Epic imprint, ever published what’s essentially a straightforward story of unrequited love. For the sake of appearance a few fantasy trappings are presented, but they’re minimal and largely irrelevant, although well conceived.

The title of the novel is the duration of the narrative as photographer Brian Fellowes chases a rope trailing from an airship across rooftops. Then relatively unknown writer James Robinson extrapolates from the adage of a life flashing before the eyes of those for whom death may be imminent. From the first time Fellowes saw fearless journalist Emily Bougue he was smitten, and accompanied her to war zones across the globe. Never confident enough to proclaim his love in the face of her fearsomely assured personality, Steve Yeowell’s cover illustration is a snapshot of both their circumstances and their relationship. Emily clings to a chain fastened to the airship, remaining just out of reach for the leaping Brian. There are moments of intimacy, but these are also moments of desperation, as Brian and Emily endanger their lives, Emily to report the truth and Brian to be with Emily.

Yeowell has cited 67 Seconds as a career highlight. The elements created to differentiate Brian and Emily’s world from ours are subtle, so for the most part there is no fantasy backdrop, and Yeowell put considerable effort in presenting real people. It’s a shame, then that his name appears four times including the cover, mis-spelled every time.

One warning. 67 Seconds has an Italian Job ending, but Robinson and Yeowell have created such a compelling story that this no spoiler and no deterrent.