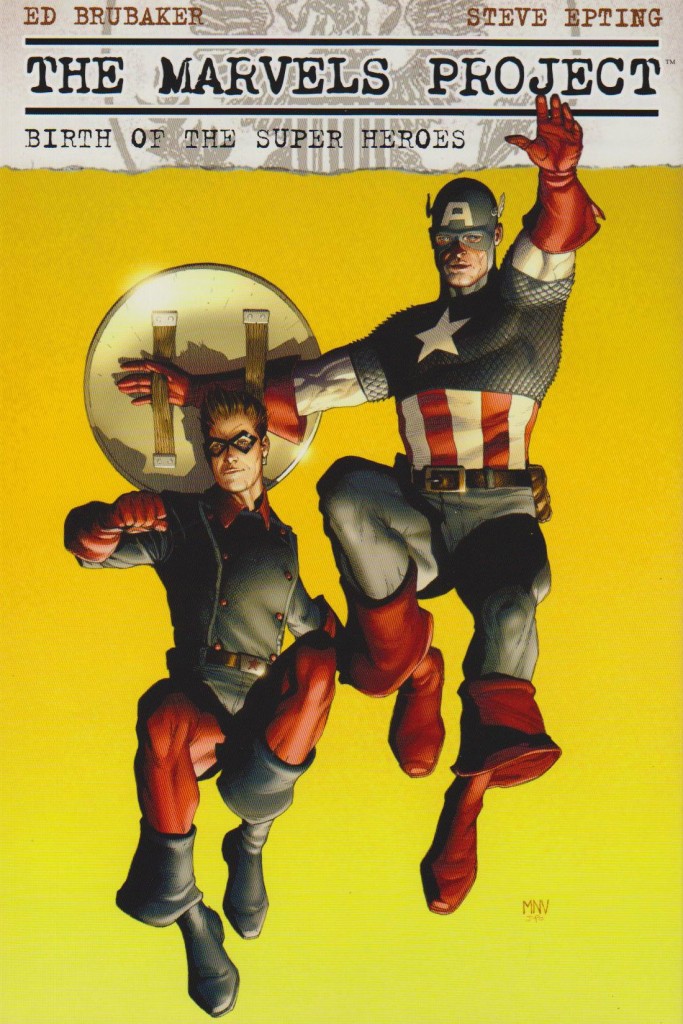 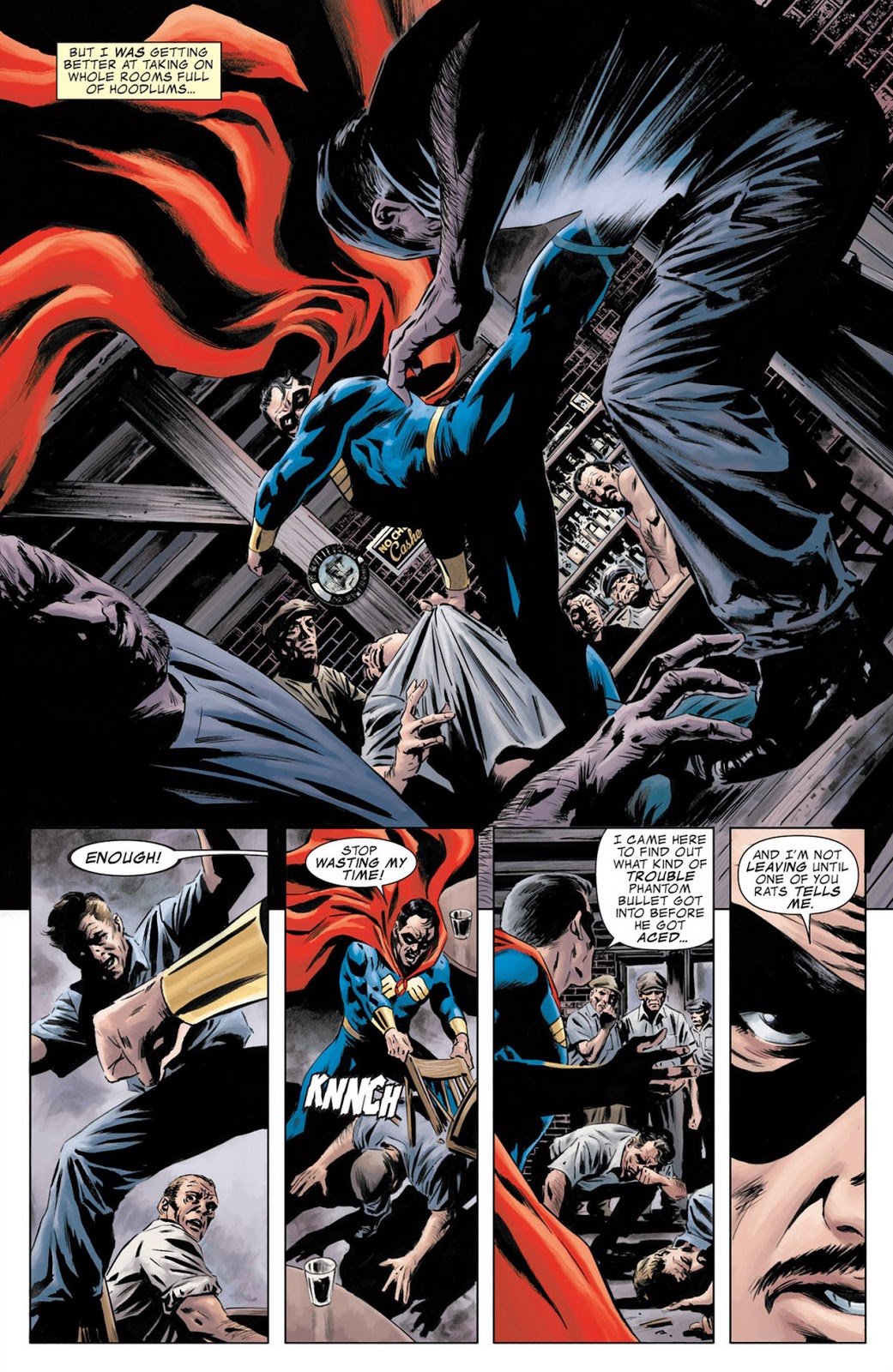 The Marvels Project is joyous celebration of the earliest days of superheroes in the Marvel Universe, glimpsing back to the time before the USA became involved in World War II, and shining new light in dark corners. Elements of this tale have been previously portrayed by others, but never as deftly or lovingly, or competently. Ed Brubaker and Steve Epting, fresh from their triumphs on Captain America, correlate the previous information and make sense of inconsistencies and anomalies.

This, though, is no mere trainspotter’s catalogue or correction exercise. The strength of the material is that it can be read and thoroughly enjoyed by both those who’ve never previously come across the origin of Captain America, and those to whom it’s as familiar as their front door. Taking that as an example, Brubaker fleshes it out with additional detail, revealing how a German scientist came to be working on the project, and how a Nazi spy was also present. For his part Epting veers away from the familiar, deliberately varying scenes with which some are well acquainted. His storytelling is excellent, and a particular treat is the Human Torch, drawn as if by 1940s cover artist Alex Schomburg, his outline glowing, and features invisible beneath the flickering sheet of flames.

The original android Human Torch is deftly delivered, disguised as policeman Jim Hammond and revelling his role in the protection of New York’s citizens. “Creezus Hammond, yer makin’ the rest of us look bad. Says here you ain’t never taken a day off since you started.” “Do I have to?”, replies Hammond. It leads into one of the memorable set pieces of 1940s Marvel, their first crossover as the Torch battles the Sub-Mariner. In a logical piece of characterisation, unused to surface humans, the Sub-Mariner has no reason to draw a distinction between the Nazis who’ve been dropping depth charges on Atlantis and the holidaymakers enjoying themselves on Coney Island.

Brubaker’s way into the story is particularly well conceived. It’s been established that Western gunfighter Two-Gun Kid was whisked into the future, living much of his life among the Marvel superheroes of the late 20th century. Here he’s been returned to the era that would draw a close to his life had he lived it sequentially, and his stories inspire one Thomas Halloway to become the earliest of Marvel’s heroes, the Angel. “Suddenly the future world that old Mister Hawk told me about, it didn’t seem so far away.” It’s a shame his participation diminishes as the more familiar heroes are introduced.

Others seen here are Nick Fury, John Steele, an obscure character Brubaker would later use in Secret Avengers, the Red Skull, Bucky Barnes, Union Jack and others. Once the timescale moves into US participation in World War II, particularly in the final chapter, some of the novelty is lost. Here we’re in more traditional superhero territory, but this isn’t poor material, just not as interesting. It leads to a fine epilogue in the present day.

Most of The Marvels Project is a great read, and that it loses its way just before the end is no reason to avoid the remainder. It’s charming, joyful and revelatory.