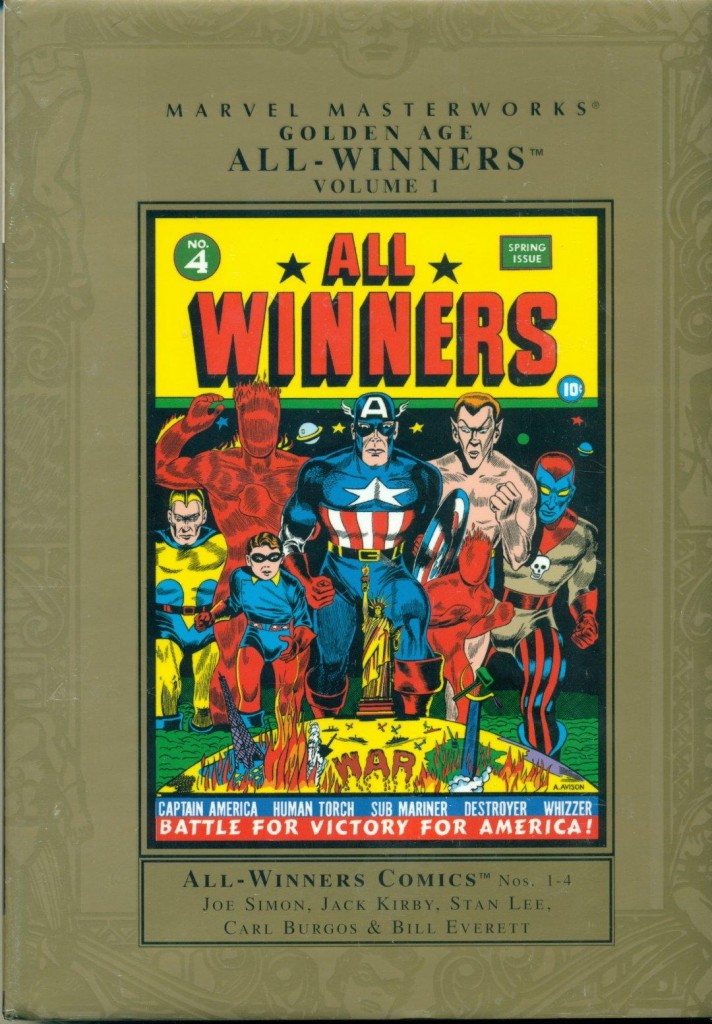 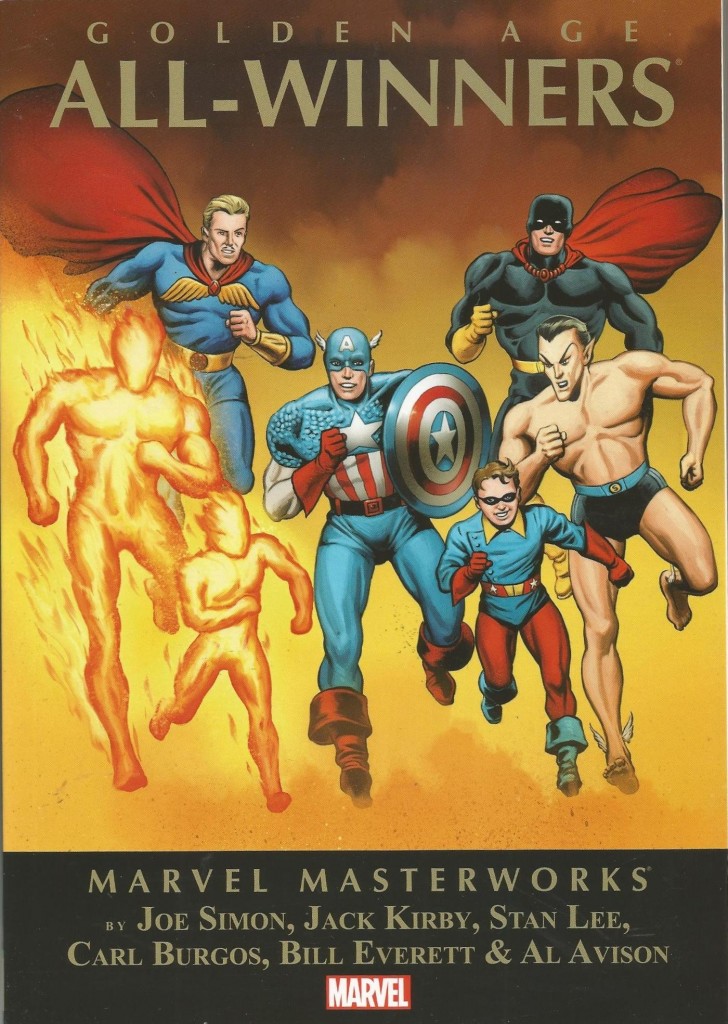 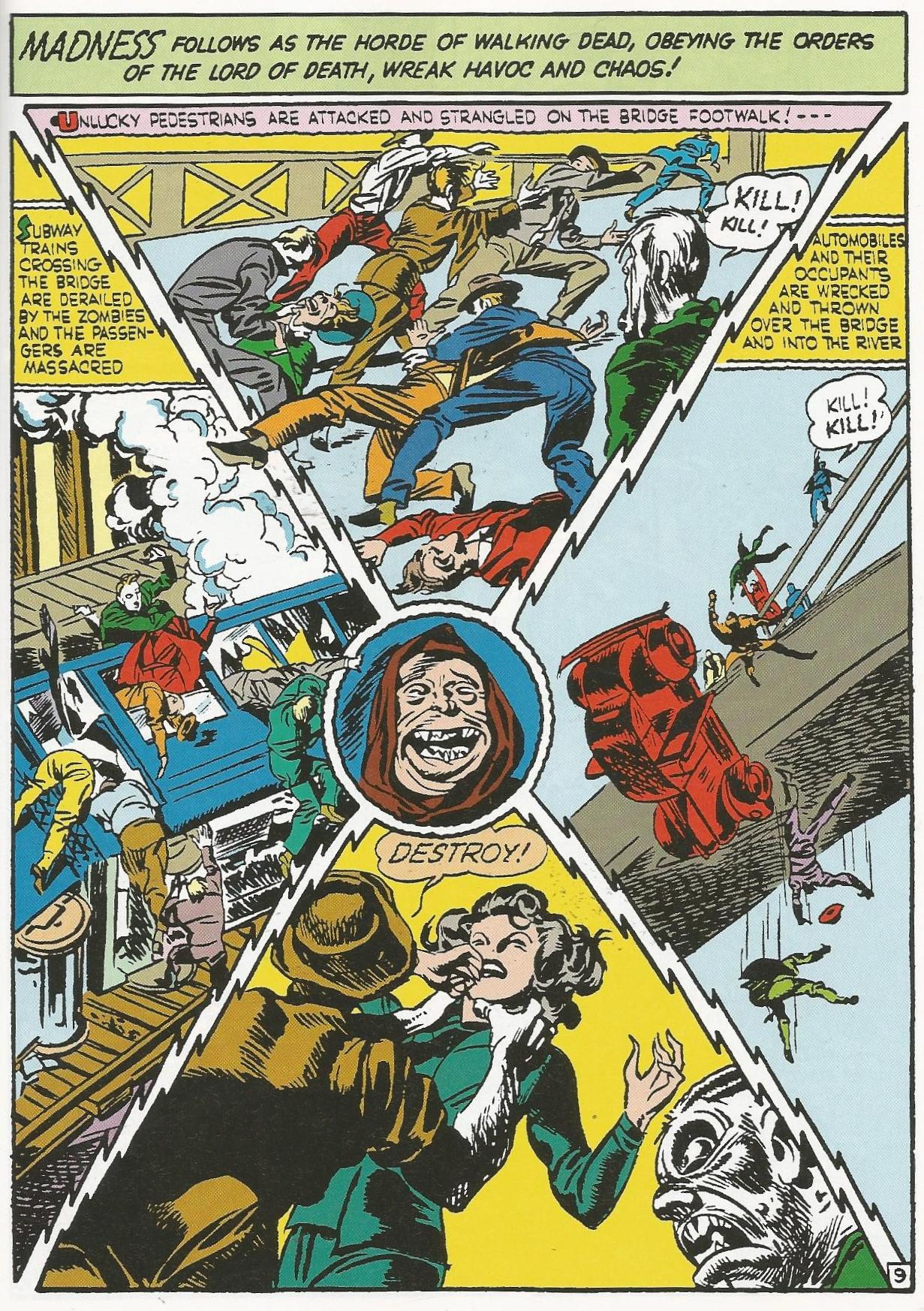 A parallel to DC’s All-Star Comics, All-Winners was a 1941 showcase for Timely’s ‘Big Three’ – Captain America, the Human Torch and the Sub-Mariner – and some secondary features. For the first issue only, the back-ups were the original Angel, a non-superpowered adventurer (unless you count the ability to cast a winged shadow as a super-power!) and the Black Marvel, a white man who won his enhanced physical abilities by undergoing ordeals and training from an American Indian tribe.

For no readily visible reason, (the Angel, certainly, had a very long career in Marvel Mystery Comics and elsewhere) both the Angel and Black Marvel were ditched with issue 2, replaced by the Destroyer, an early Stan Lee creation, and Timely’s super-speedster the Whizzer, both of whom were present for most of the series’ run.

The usual problem when reviewing anthologies is the necessarily varied nature of the stories; All-Winners Comics, however, circumvents this problem by having generally second-rate contents, with a handful of exceptions. Joe Simon and Jack Kirby were on the tail end of their Captain America run here, and two inventory stories surface in 1 and 2. Issue 1’s battle with the Zombie King, a man who turns homeless beggars into undead minions, is rather good, though ending a bit abruptly.

Bill Everett’s distinctive style enlivens two stories of his creation the Sub-Mariner, and Carl Burgos, creator of the Human Torch, is also on hand in the early issues, though sadly his stolid renderings don’t help. The Torch and the Whizzer, characters whose respective powers of flame and speed would seem to beg for dynamic visuals, were too frequently encumbered by rigid layouts, with the Whizzer in particular cursed with almost cartoony art. After Simon and Kirby’s departure, their art style was relentlessly imitated by Al Avison, but in a very hit and miss  manner. Most of the time our various heroes alternate thwarting domestic criminals with battling US-based agents of “The Japs” and “The Nazis”, but the Destroyer  offers a little novelty, insofar as his adventures take place largely in occupied Europe.

Despite its historic importance, this collection of All-Winner’s first four issues has very little to offer the contemporary reader. Roy Thomas’ introduction offers some interesting anecdotal perspective, and reproduced house ads (including some which indicate the title was originally going to be called All-Aces) generate a mild nostalgic buzz.

This volume is available in both hardcover and paperback editions. 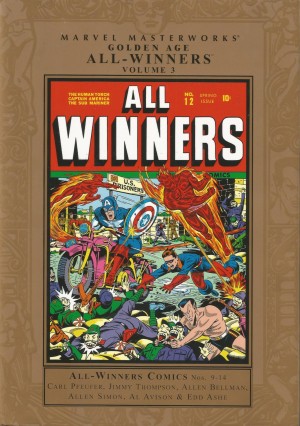