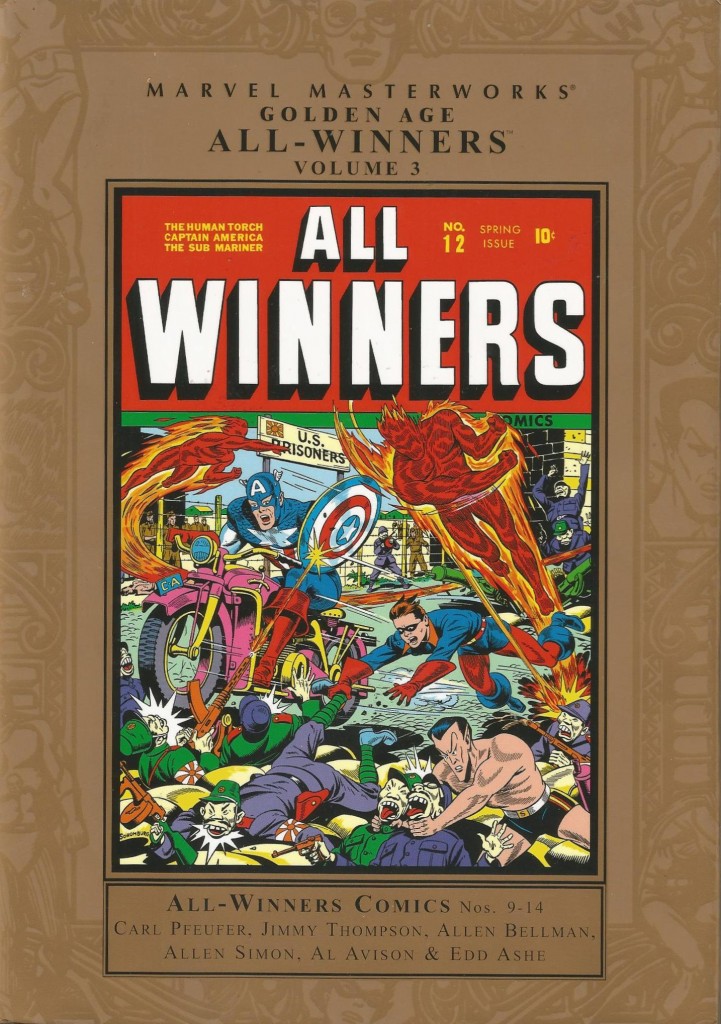 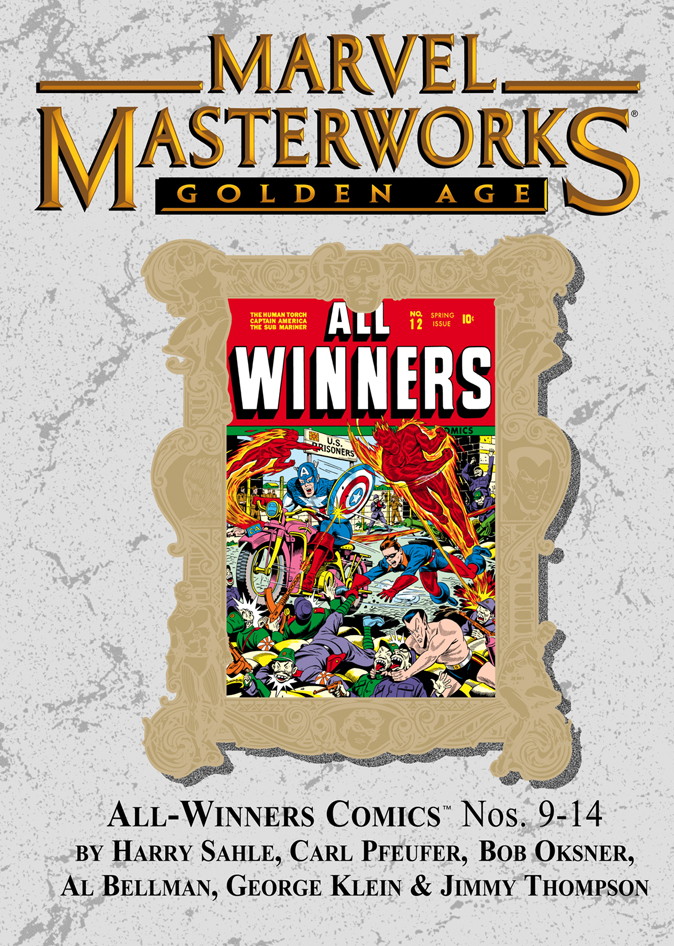 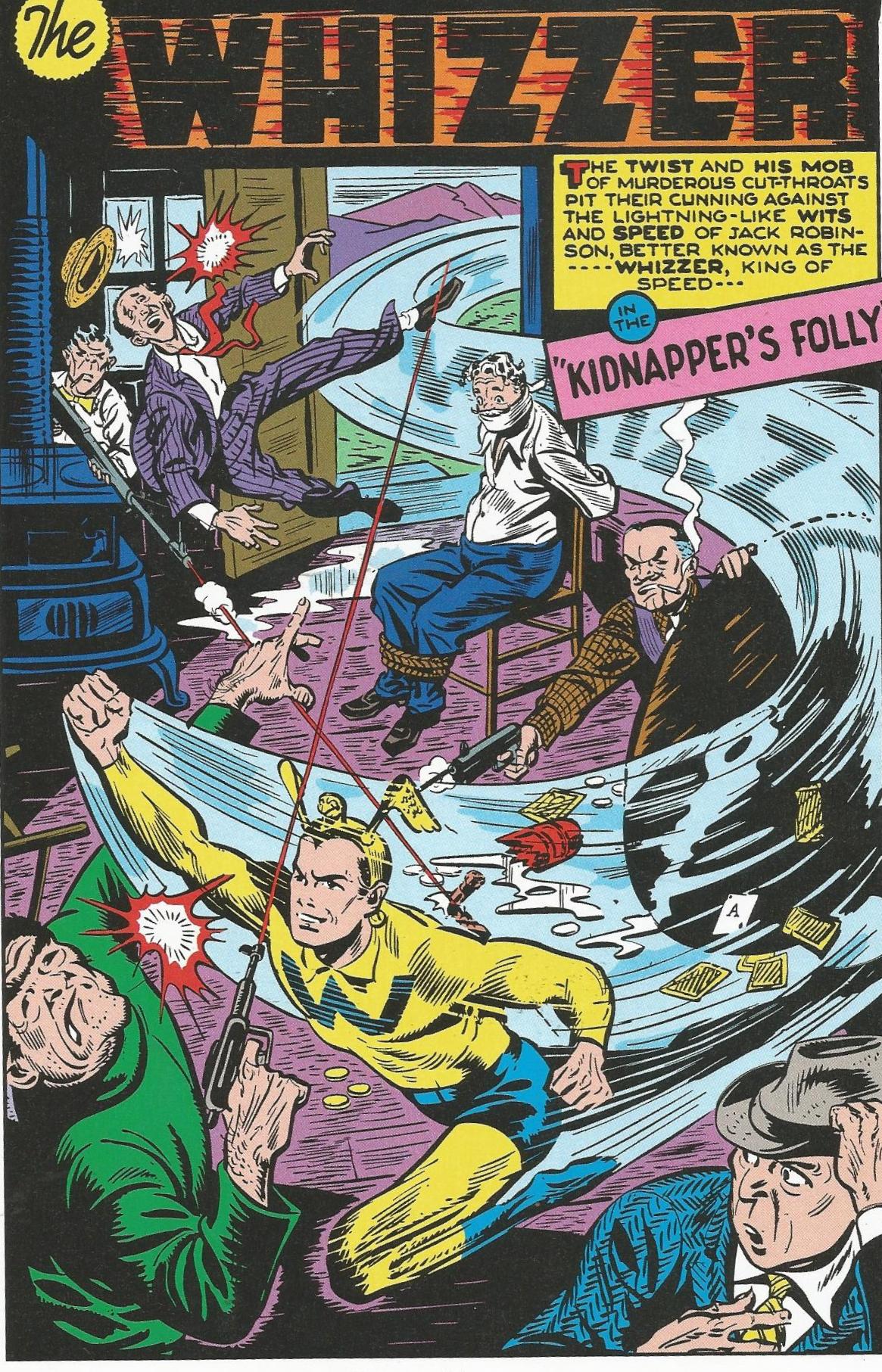 The temptation is simply to dub this reprinting of 1940s material ‘All-Losers Comics’, and leave it at that, but conscience demands a little more effort…

It must be remembered that Timely Comics, like every other industry in the USA, was affected drastically by the manpower shortage of World War II. Most of the A and B-List talents were doing their bit for Uncle Sam in the armed forces, and the few remaining top-flight writers and artists were swallowed up by larger publishers with deeper pockets, such as DC/National, Quality or Fawcett. Paper rationing was also resulting in thinner comics – this volume reprints six issues of All-Winners, compared with four in the previous two volumes – but Timely was struggling to fill even those.

Also, the editorship of the line was turned over to Vince Fago, a funny animal artist, whose quality filter resulted in some, let’s say, broader and more cartoony versions of our heroes than before. Not downright comedic, just less realistic and peculiar.

The issues reprinted herein are all graced by striking covers by Alex Schomberg, in which the ‘Big Three’ and the ‘Little Two’ (Captain America, Sub-Mariner, Human Torch and their kid sidekicks Toro and Bucky) are shown kicking Axis arse, but the fall down in quality when one gets to the interior pages is a disappointment.

Pfeufer continues his bloated Dairylea-head Sub-Mariner, Captain America loses even the etiolated imitation of Simon and Kirby and becomes just flat-out tedious, even a rare wartime appearance by the Red Skull not raising the excitement levels, and the Human Torch’s adventures are leaden and static. Curiously, it’s the minor players, the Destroyer and the Whizzer, that restore a small measure of quality to the series, but the occasionally well-drawn back-up doesn’t lift this out of the doldrums. Even uber-fan Roy Thomas, in his introduction, can’t muster very much enthusiasm for the contents of this volume.

Better things were, fortunately, to come.