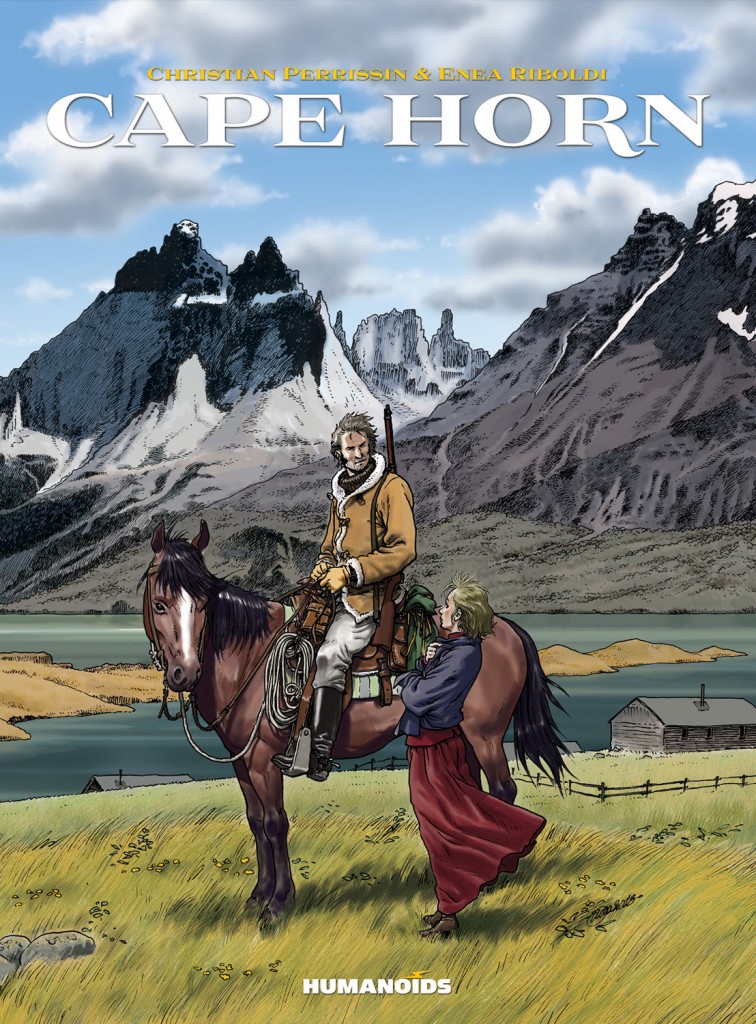 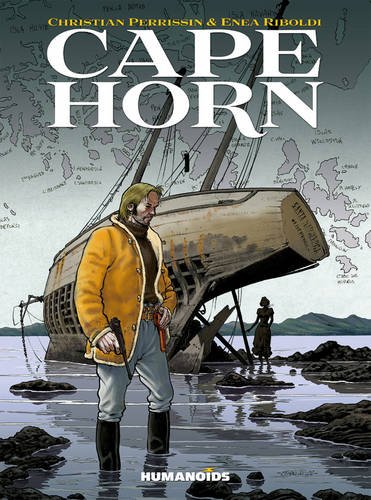 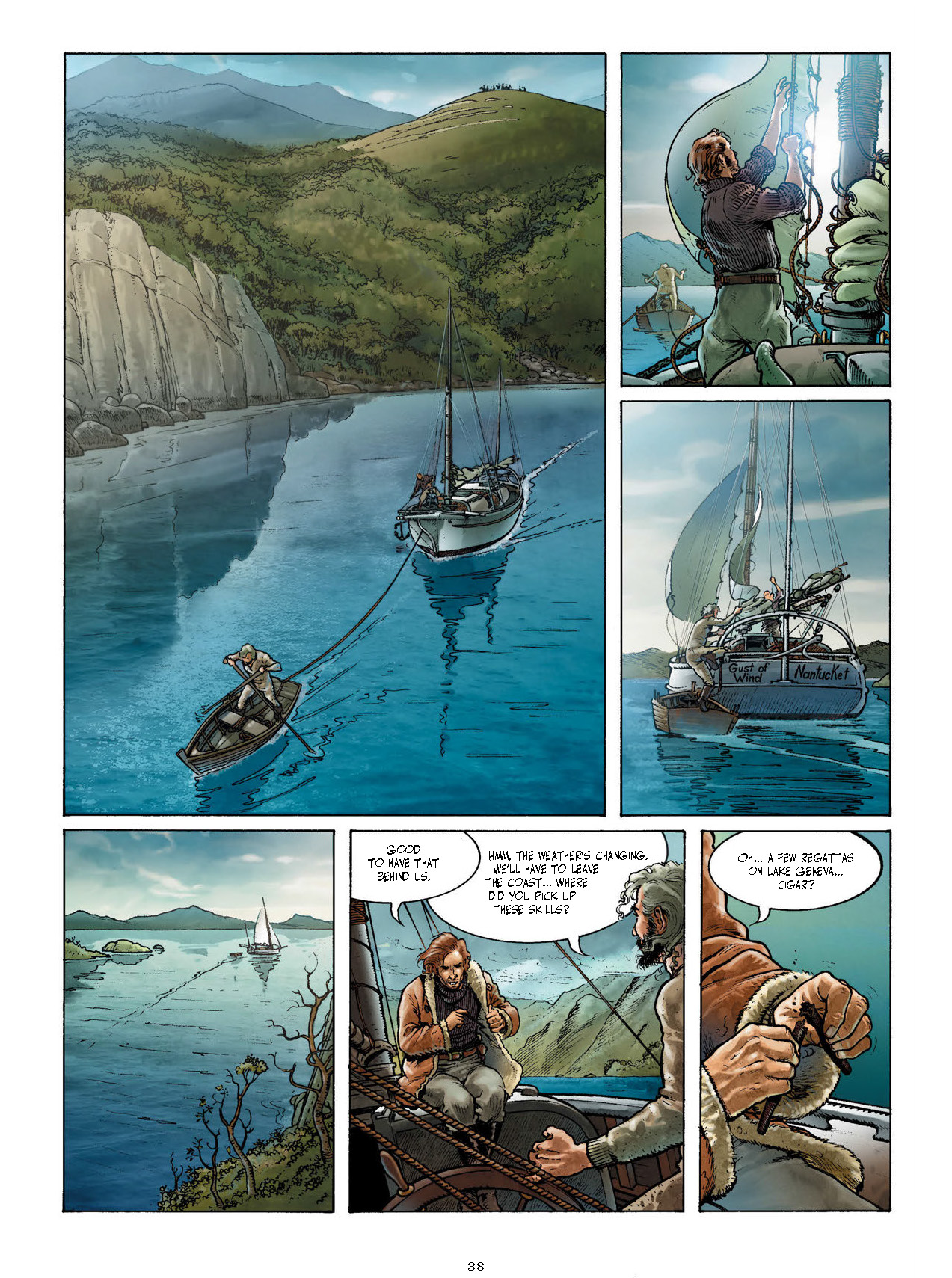 Cape Horn is collection of what were originally four French albums relating a complete story. These are also available individually as digital downloads from the Humanoids site for those wanting to sample rather than invest in this lavish hardback collection.

The bleak allure of the Cape Horn landscape is beautifully rendered on the cover, and its isolation and inhospitable and unforgiving nature is played to good effect during this late 19th century drama. The focus of Christian Perrisson’s story switches frequently across several characters but the continuing presence is Johannes Orth, first seen with two companions desperately attempting to ride away from pursuing soldiers. Orth is a complex character who unwittingly or otherwise leaves death in his wake. His presence prompts upheaval at the missionary camp he arrives at during the first chapter and elsewhere, and he sometimes acts as a catalyst for events already approaching tipping point, and sometimes provokes matters. Perrisson’s larger canvas pits man against nature in various forms and investigates the desire for power, even on a minor scale, and its application, particularly with reference to what were considered primitive people at the time. Having lived in isolation for centuries they’re aware the world is shifting around them, and Perrissin presents an interesting contrast between two groups split by whether or not they’ve accepted the Christianity on offer.

Enea Riboldi is one hell of an artist. His landscapes and sea scenes are beautifully depicted, particularly when enhanced by the assorted first chapter colourists, and his cast have a life and look that reflects their inner character. His one deficiency is a lack of variation accommodating sequences of dialogue. Too many conversations would benefit from pulling the viewpoint back a little, but that’s a small price to pay for the remainder.

The closing twenty or so pages are unnecessary. It’s perhaps to meet expectations that they reveal who Orth is, and what’s motivated him throughout, but this adds little. There’s also a coda in which Perrisson subtly delivers an overview of the preceding events in a wider context. It’s bleak, but stays the correct side of being too knowing.

Cape Horn is a rollocking good and beautifully drawn adventure with great attention paid to detail. The price of this collection may prove a stumbling block, but at over 200 pages of story no-one is being short-changed.