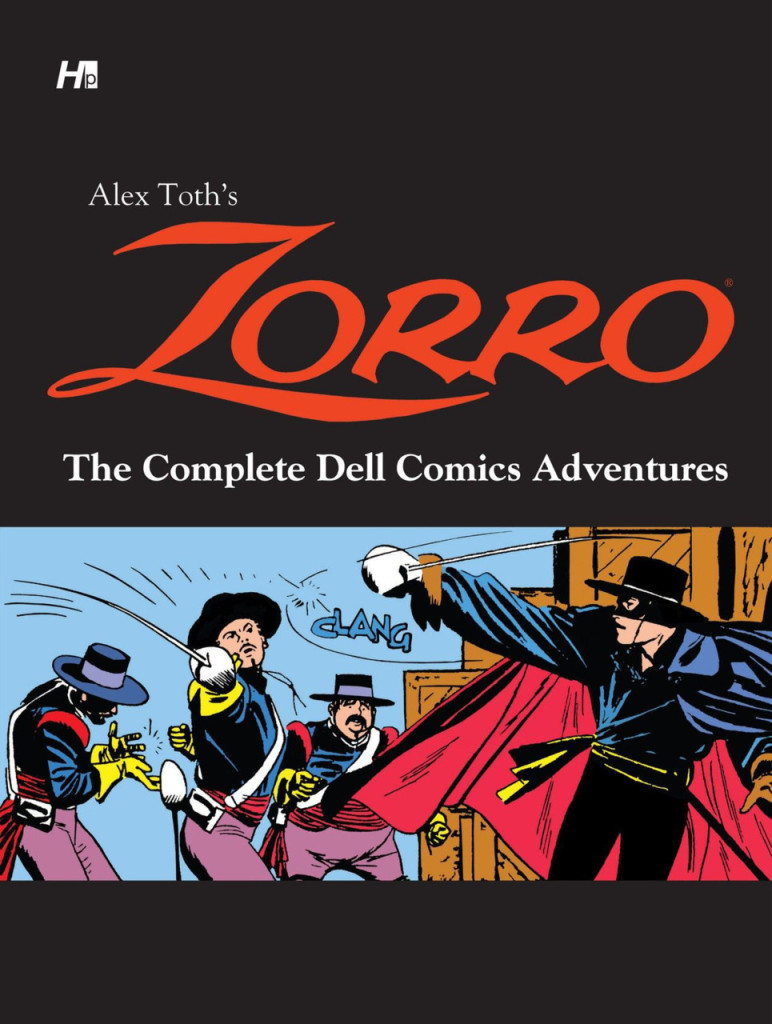 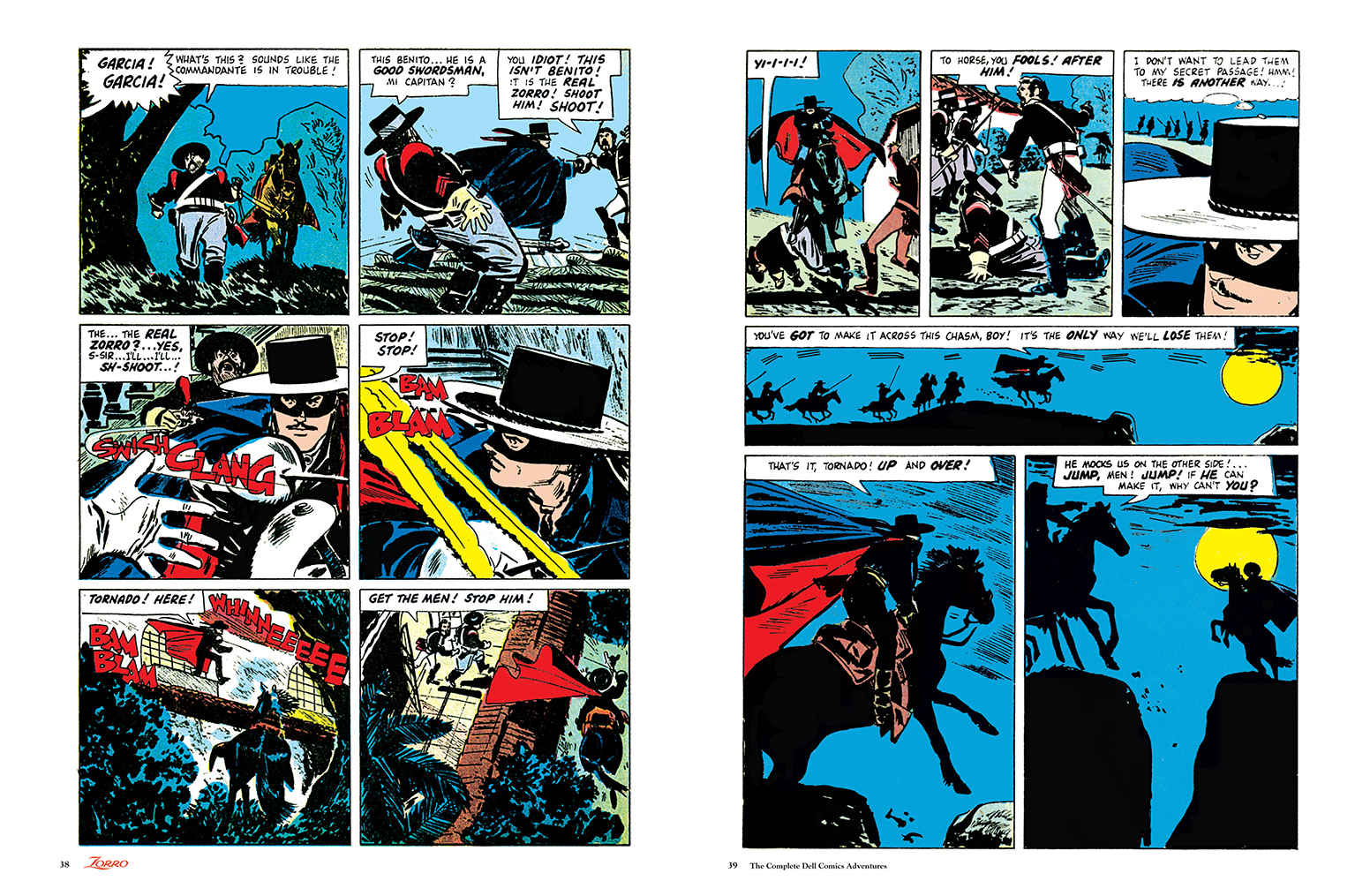 This large 240-page hardcover reprints all seven issues of Zorro that Alex Toth drew over a four-year period from 1957 to 1960. None of the material is reproduced from the original art, but from high resolution scans of the printed comics, which were then retouched and recoloured. Given the vagaries of reproduction quality on comics from the 1960s, this book looks surprisingly good. Toth’s Zorro stories were previously collected in a two-volume set from Eclipse, Zorro: The Complete Classic Adventures By Alex Toth and then in a single volume from Image Comics, The Complete Classic Adventures of Zorro, but these were black and white with added grey tones.

Not only is this the first time that this work has been available in colour in a single volume, but it also contains all the (photographic) covers, pin-ups and pages of recaps completing those seven issues, so it really is complete.

An introduction, ‘Remembering Alex Toth’ by Daniel Herman gives an overview of Toth’s brilliant work in comics and animation, accompanied by pages of art from his designs for Hanna-Barbera and a page from ‘The Crushed Gardenia’, the story from Who is Next that even now looks like nothing else. Most people buying this book will already know all that very well, but it puts the master into context for new readers. It probably also helps to manage expectations, because although the art in this volume is beautifully composed and delightful to the eye, the stories themselves range from generic but perfectly competent to completely forgettable.

Toth was a very big fan of the 1940 Mark of Zorro film starring Tyrone Power, so this was in theory a perfect assignment, but sadly it didn’t work out that way. The scripts were composed by writers from the Walt Disney TV show who followed the very talky and static style that television budgets demanded. Toth initially edited the dialogue and captions, but was reprimanded and instructed not to deviate from the scripts in any way. The moments of action in these stories really stand out for the dynamism Toth applies to them, but they are only a small part of each episode. Given that most of each script is just people standing around talking, Toth astounds in making the comics look as good as they do, using all the lighting, staging and layout skills at his command. It’s not great literature, but this is a beautifully executed masterclass in comics storytelling that elevates its boring source material. 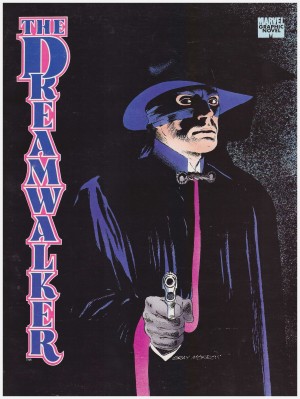