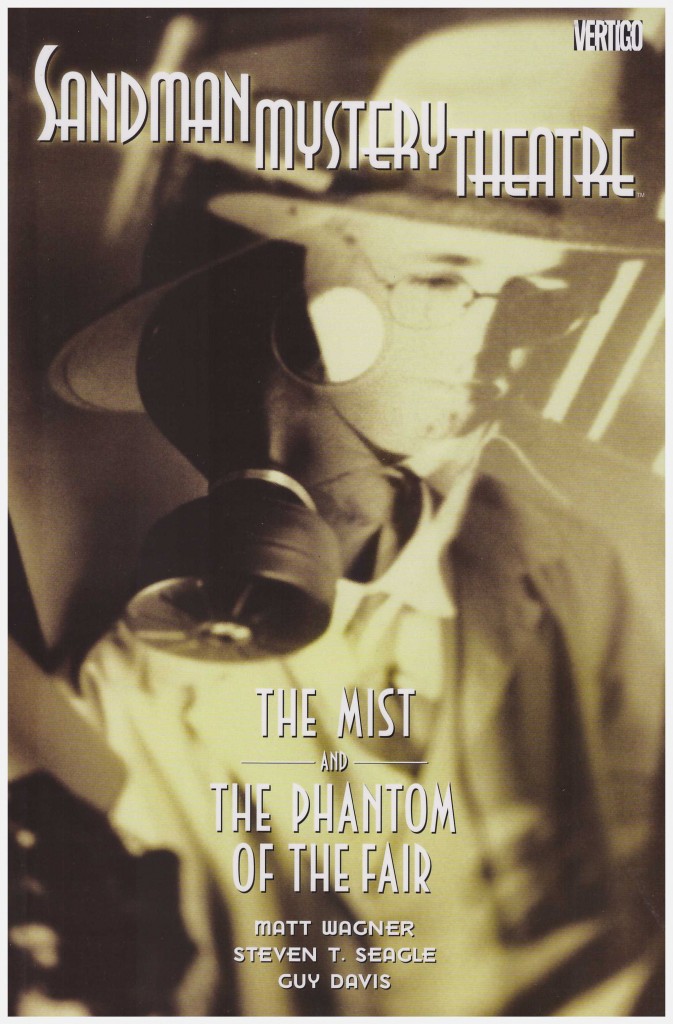 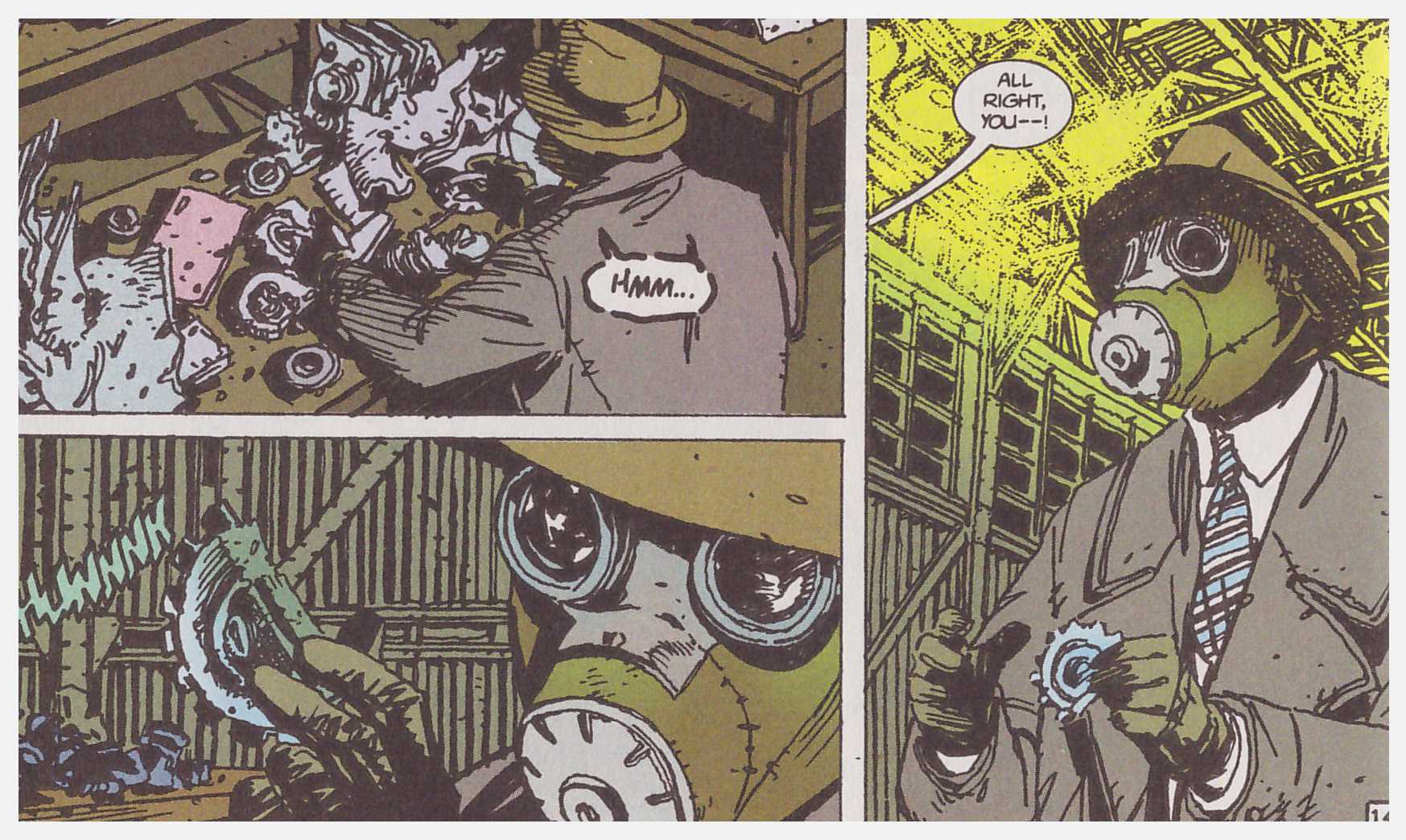 Anyone reading this immediately after The Hourman and the Python will be left scratching their head. The previous volume concluded with a major decision taken, and as this opens it’s been reversed with no real explanation. That’s because when originally published the stories were split by a special titled Sandman Midnight Theatre, relating what happened when Wesley Dodds visited England. Given the importance of character development to the series, it’s shame that couldn’t have been included. It’s also worth noting that a Sandman Mystery Theatre annual with contributions from John Bolton, David Lloyd and Alex Ross among others also failed to make the collected editions.

A further unfortunate aspect of this volume is a production problem causes all skin tones to reproduce as yellow throughout the opening chapter and on plenty of other pages, and as white in the final chapters. Primary series colourist David Hornung, it should be noted, is excellent throughout, never skimping on the considerable detail to bring the art to life.

In the opening story Dodds is co-opted onto a panel to judge a competition encouraging inventors to produce a device with military application. Among those participating are Ted Knight, who’d later become the hero Starman, and the man who’d become his best known foe, the Mist. Matt Wagner and Steven T. Seagle deliver an interesting characterisation of the latter, who uses his structure weakening device on behalf of criminals. He knows his actions will result in deaths, yet still considers himself a scientist, justifying his actions on the basis that money earned will improve his technology. The Mist was never previously given an origin, so here it is. The sequence is also notable for the Sandman adopting a less cumbersome gas mask for his operations.

Superlatives expire when discussing the art of Guy Davis. His portrayal of the 1940s is utterly convincing, even with regard to specialist elements such as the World’s Fair, yet beyond basic research this was apparently all created from imagination.

Having begun the process with Hourman in the previous volume and continued it in the first story, Wagner and Seagle have become enamoured with the idea of introducing characters who would later become the superheroes of the 1940s. This, though, is never over-played, and there’s a purpose beyond a sly wink, the confident Ted Knight contrasting Wesley Dodds’ social awkwardness in the first story. In ‘The Phantom of the Fair’ it’s the turn of police detective Jim Corrigan, later the Spectre, and the Crimson Avenger with a brief and noisy appearance.

The leading topic of that story is the experience of being gay in 1940, the stigma attached, and the secrecy involved. Even the essentially liberal Dodds has to reconsider his attitudes in the light of a friend confiding in him, while Lt Burke exhibits all the lack of understanding previously associated with the character. Stigma and secrecy also concern the organisers of the World’s Fair, whose primary focus is not the unfortunates turning up dead on their premises, but that nothing impacts on their returns. Is it a very modern attitude applied to the past or a distressingly timeless one?

As with pretty much every volume of Sandman Mystery Theatre, The Mist and the Phantom of the Fair offers top notch plotting, insightful characterisation and great art. The Blackhawk and the Return of the Scarlet Ghost continue the series.