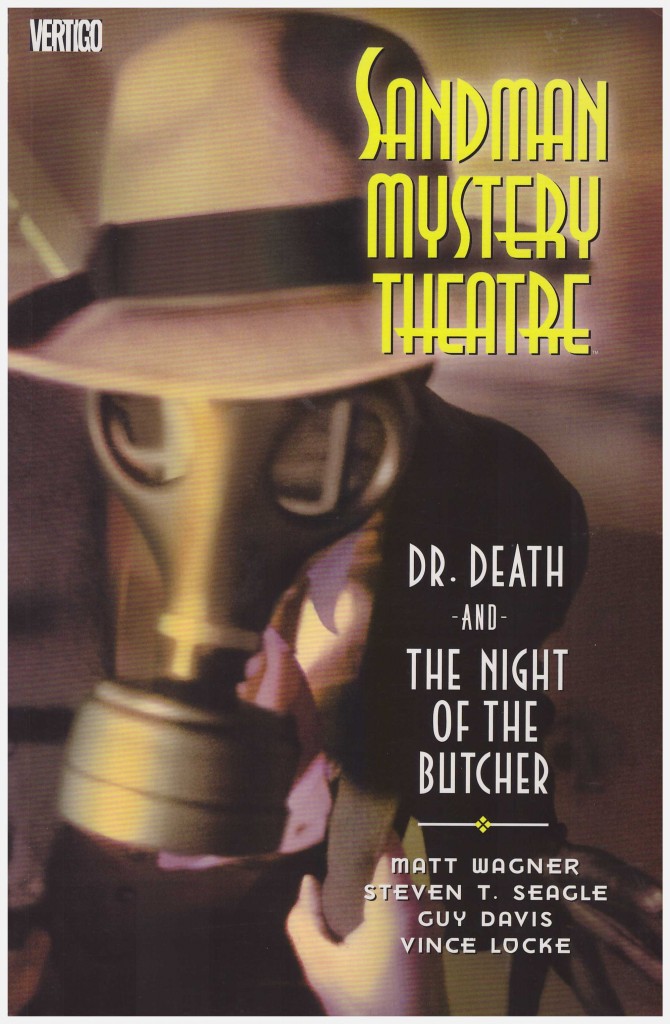 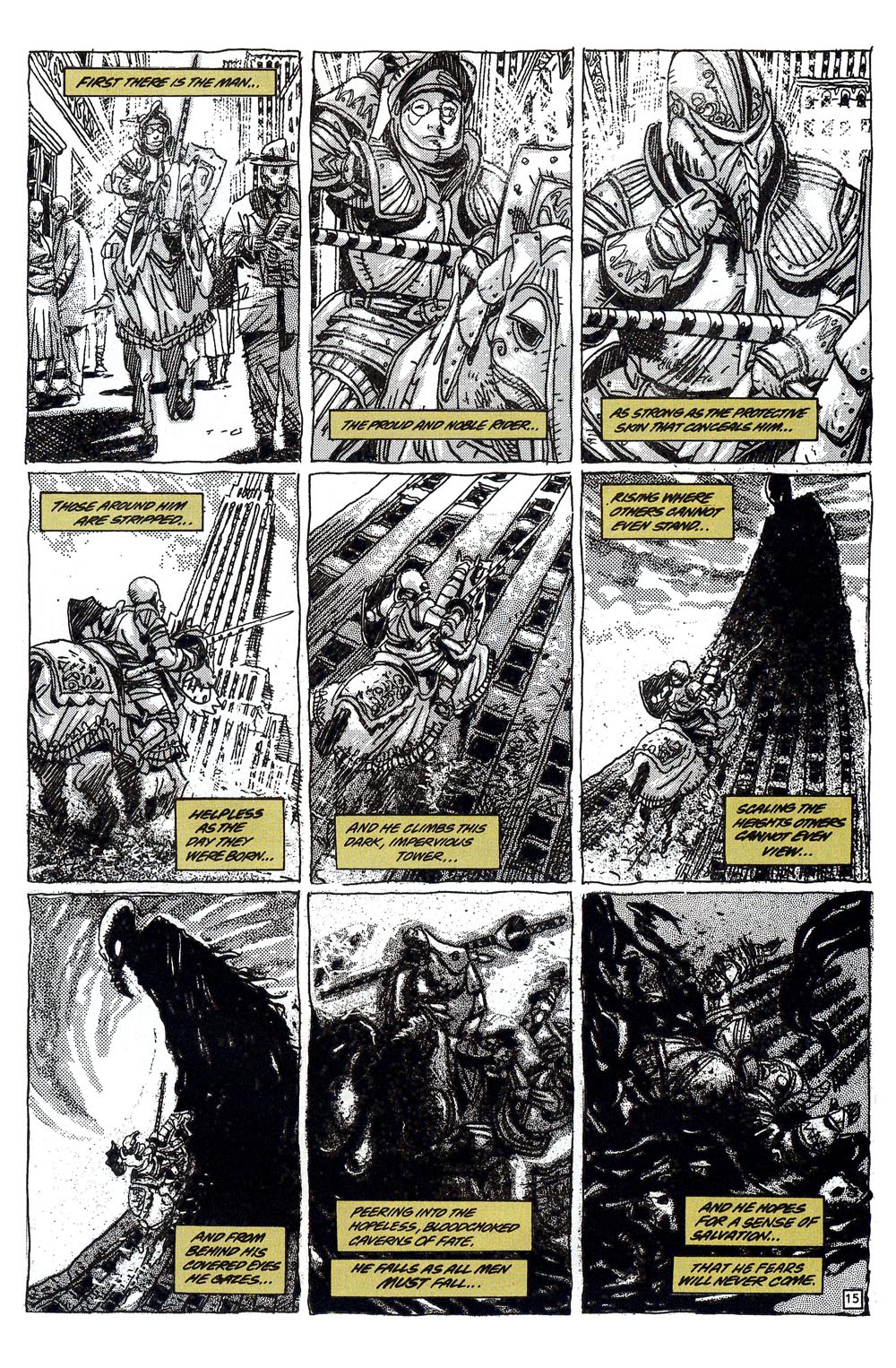 From this volume all remaining Sandman Mystery Theatre books collect two stories. ‘Dr. Death’ concerns someone doing away with the elements of society they consider undesirable, which may be an oblique comment on what the Nazis were doing during the period the stories are set. Or it may not. There’s a considerable amount of overt sex in the story as Dian Belmont’s cousin Lucy begins a new relationship, and it focusses Dian’s thoughts on her own.

Writers Matt Wagner and Steven T. Seagle mark a milestone in the first story as Dian and Wesley Dodds move their relationship both a stage forward and stage back. Dian confirms her suspicions from The Scorpion that Wesley is Sandman, a secret he was intending to reveal anyway, but can’t cope with the revelation that he’s plagued by nightmares about killers until the case is solved. A previous lack of trust is also an issue.

As careful as Wagner and Seagle have been in defining the progress of the central relationship, they’ve also built up the supporting cast. Coroner Hubert Klein becomes a more proactive ally of the Sandman in this volume and there’s a greater spotlight on Lt Burke. In other hands his vulgar and hot-tempered character might just be comic relief, but he’s provided with a more rounded character. For all his coarseness and attitudes that would today be considered appalling, he’s dedicated to bringing wrongdoers to justice, although on discovering that his office has been bugged, he includes Sandman among their number.

An old college friend of Wesley’s is introduced during the first story, possibly with an eye to a later story set around him, ‘The Phantom of the Fair‘. Robert Li is a companion in need during ‘Night of the Butcher’, in which severely mutilated sections of corpses start turning up, and for the first time the Sandman is trounced. Only a fortunate intervention prevents him being revealed. This is also the first story where there is no background to be revealed about a killer, so the mystery transfers to tracking them down. Were that the sole purpose of the series it could be considered a lesser story, but the characterisation set around it is so compelling that there’s no suggestion of this.

Guy Davis is once again on top form, delivering a believable cast, credible locations and a distinct period feel. This even shines through when he’s only providing the layouts for Vince Locke to complete the art, as in the first sequence. With each passing volume Davis’ pages depicting the dream sequences haunting Dodds are ever more detailed and inventive, and that continues into the next volume The Hourman and the Python.