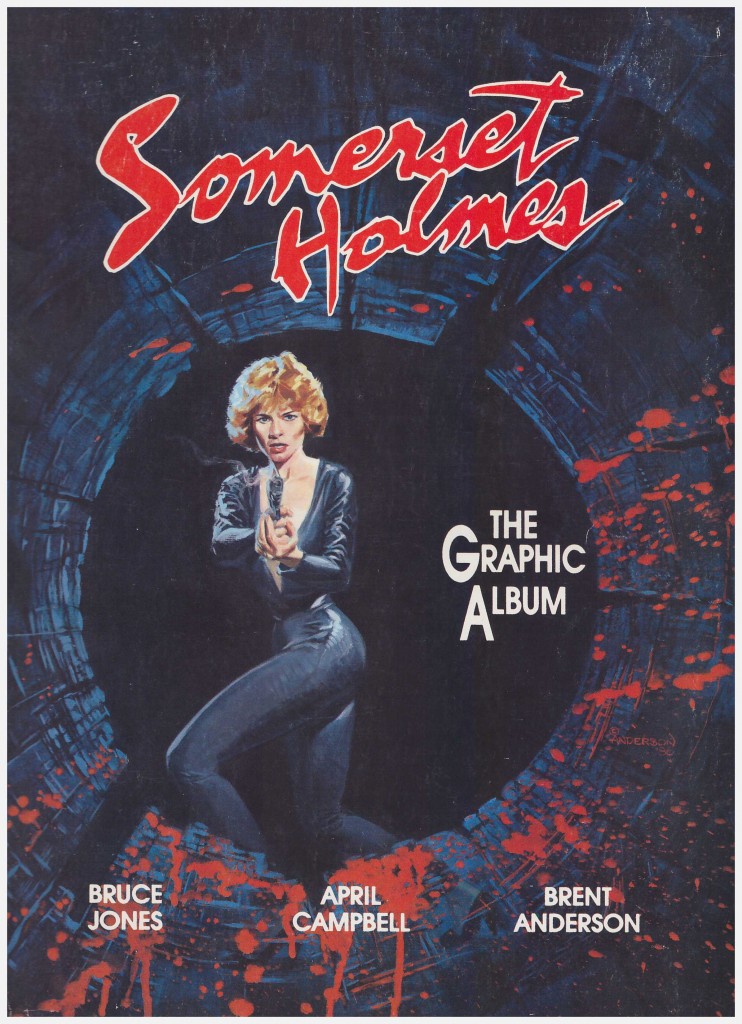 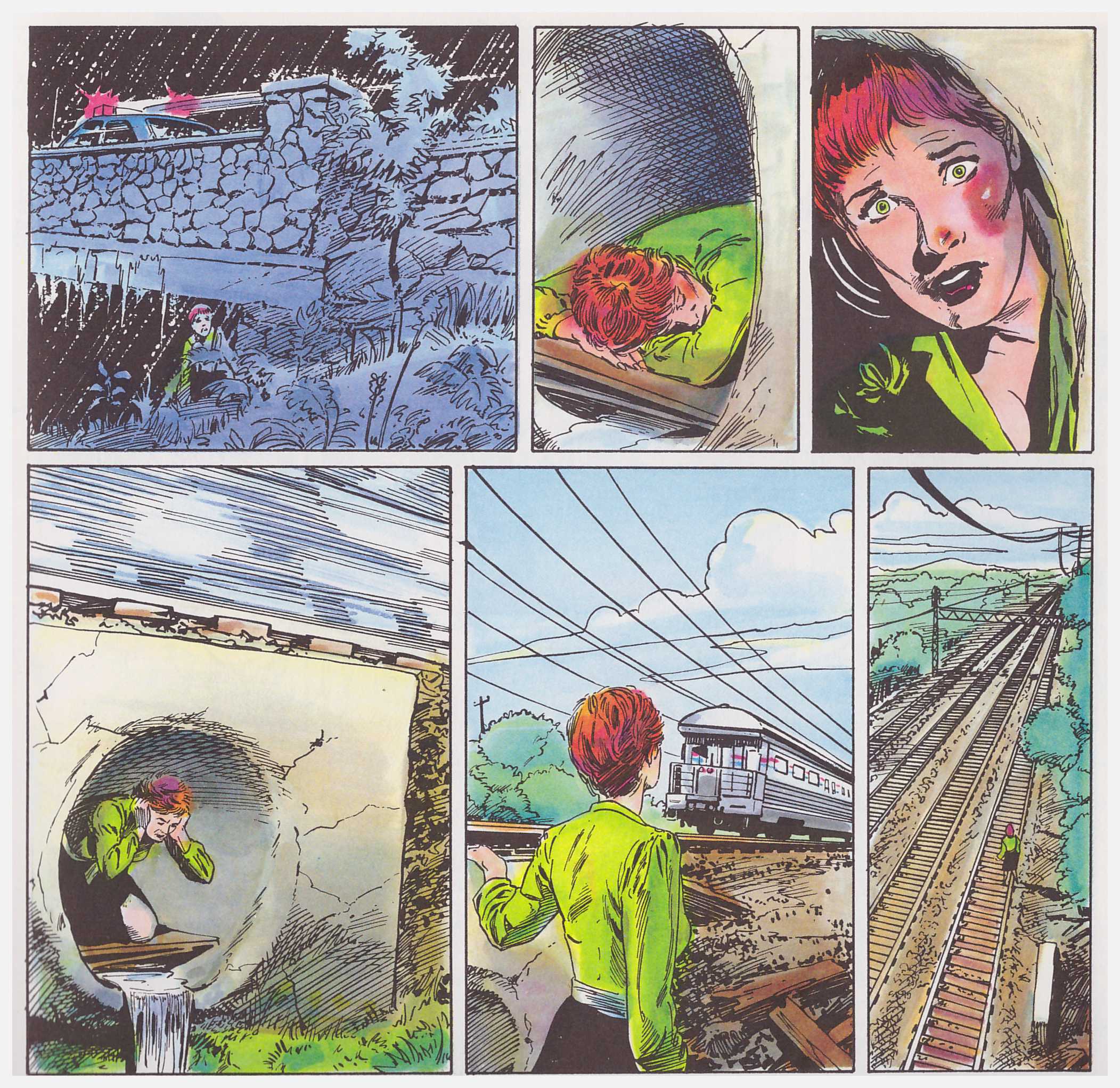 Somerset Holmes has been out of print since the 1980s, which is a great shame as it remains among the best crime-themed graphic novels published in the USA. A further shame is the mis-representative cover when originally published, with the book far more grounded in reality than the leather-clad beauty pointing a gun would indicate.

A woman walking down a remote road is knocked down by a car. She’s rendered unconscious by the fall, and awakens with no memory of who she is. She manages to find her way to a doctor in a small town, but he’s murdered before he can treat her. From that point this anonymous woman, visually based on Bruce Jones’ partner and co-writer April Campbell, spills from one deadly scenario to another from seemingly chance meetings. As she attempts to piece her past together danger comes calling but she’s instinctively capable and resourceful. The only clues to her identity are a key and a label sewn into her skirt, and she adopts her name from a billboard advertising Somerset Homes.

Brent Anderson illustrates in his fine naturalistic style, deliberately giving his layouts a cinematic sweep, bringing to mind the classic crime newspaper strips. Jones and Campbell prolong the suspense and tension throughout, even once the truth is known towards the end. When the revelations arrive they don’t disappoint, and they have a bearing on the conclusion.

The one problematical element is the truly appalling colouring over the opening chapters, perhaps wisely uncredited. Attempts to layer the colour more naturalistically to better present bruises and blushes result in great intrusive blobs of colour. This has been toned down by the mid-point, but is never entirely rectified.

In his introduction Jones is upfront about the graphic novel being the springboard for a film version, and optimistic about the chances of it being made. It didn’t happen, but there are marked similarities with the 1996 movie The Long Kiss Goodnight starring Geena Davis.

Fans of comic art might prefer to look out the original comics instead of the graphic novel. They’re traditional size whereas the book is larger, and unfortunately the colouring remains wretched, but there are bonuses, one being that they’re still available relatively cheaply. Each also contained several pages of another Jones strip, Cliff Hanger, superbly illustrated by Al Williamson. This has only ever been reprinted in an expensive and also out of print collection of Williamson’s work.