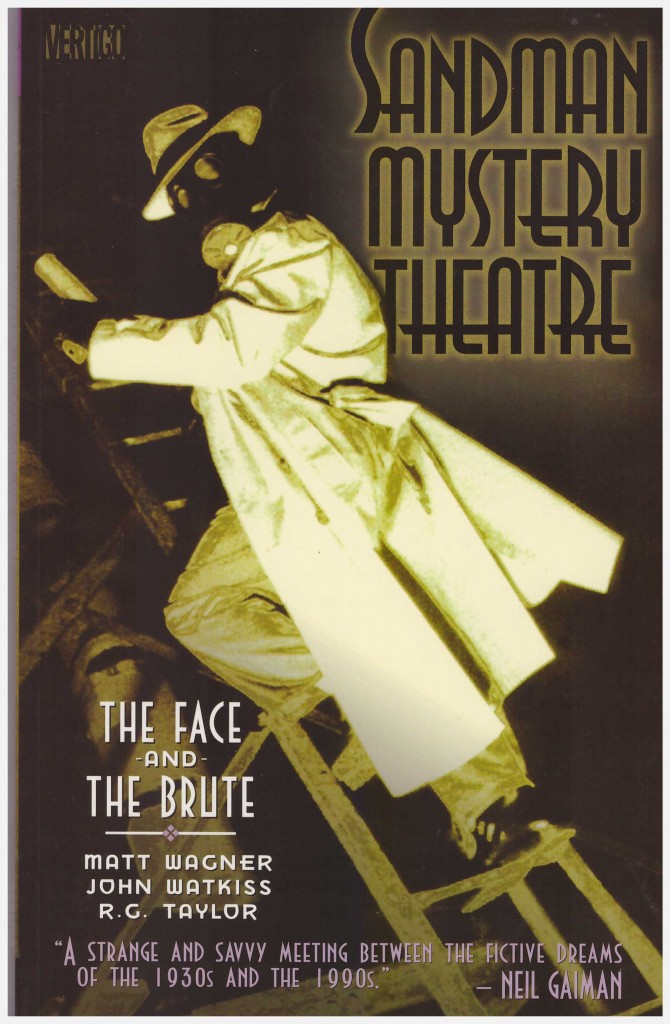 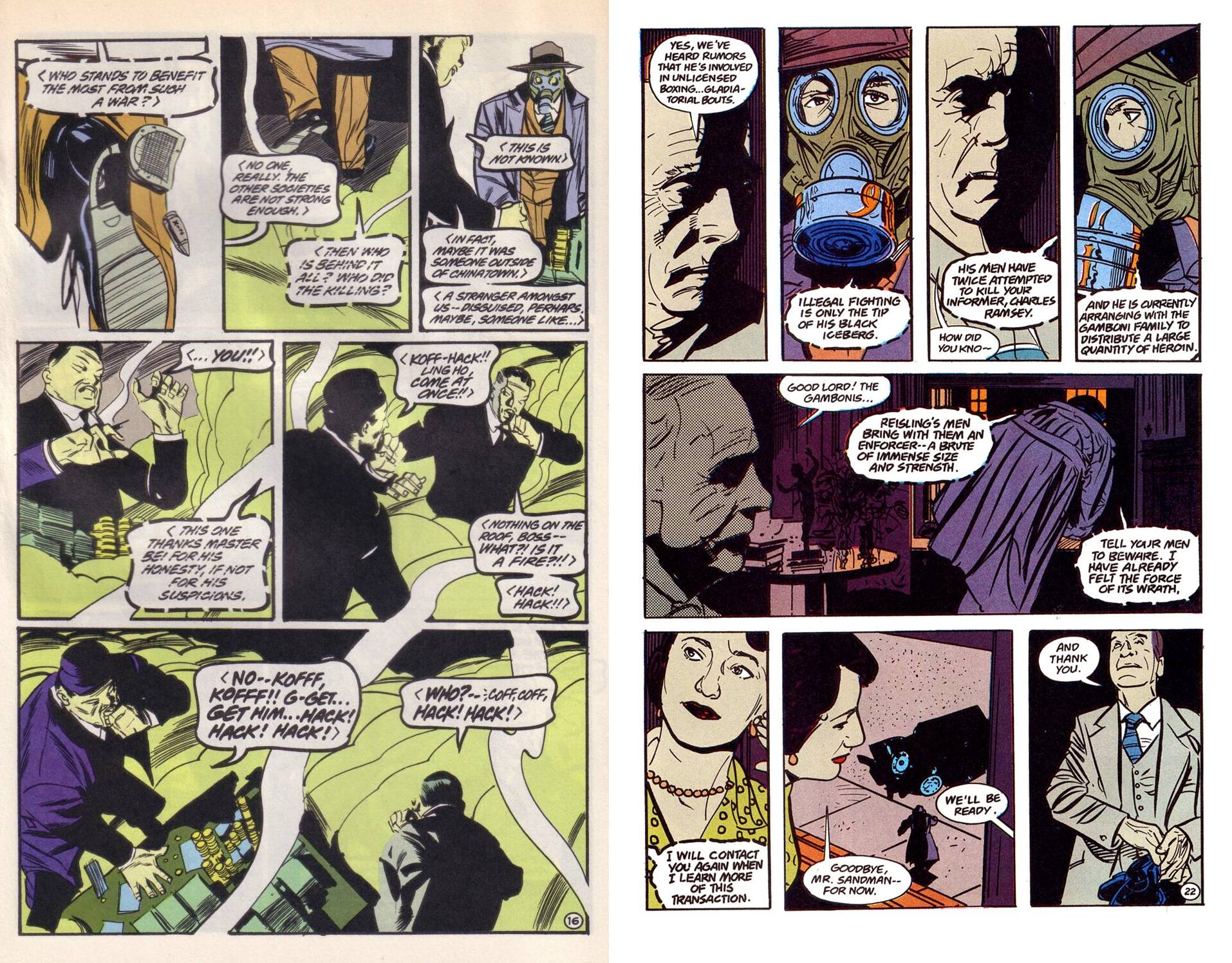 Vertigo had a schizoid attitude to reprinting Sandman Mystery Theatre. Volume one, The Tarantula, was solely the first four chapter story, a pattern followed by volumes three and four, but this book packages two tales, the format into which the reprints would settle with volume five.

Having started so well, The Face and The Brute is a retrograde step, and that’s entirely down to the artists John Watkiss and R.G. Taylor. The late 1930s period setting was as important as Matt Wagner’s adroit plots and the carefully cultivated central relationship, and Taylor was presumably selected to illustrate on the basis of his Wordsmith series having a similar setting and pulp influence. Yet compared with original artist Guy Davis he expends very little effort on the period aspects. Watkiss delivers even less, barely moving the viewpoint out beyond a three-quarters figure, supplying no backgrounds and delivering very sloppy shading. Were it not for Wagner’s narrative captions and the occasional person wearing a hat, ‘The Face’ could be set in 1994 as when originally published. It’s telling that neither artist would work on the series again.

Were the comics to be judged on script alone, then Wagner’s work continues from the fine introductory volume. He investigates the complex social politics of New York’s Chinese community, while at the same time establishing Dian Belmont as a person who cares little for the views of the society that cossets her. Jimmy Shan is a former boyfriend whom she kept at arms length from her social circle, and Wagner’s script focuses on Shan and his activities. Sandman and Dodds are very much background figures here, although intervene decisively, and Wagner slips in subtly that among the travels referenced, Dodds has learned to speak Cantonese.

The dealings of fight fixer occupy ‘The Brute’, an indurate man abusing the hold he has on others. It’s a glimpse at the truly callous, someone who has everything, yet relishes twisting the knife, delivered as a deliberate mirror image to Dodds and the caring that prompts his Sandman identity. The context also removes Dian from her social structure, supplying evidence previously never considered that not everyone’s life is as privileged as hers.

A characteristic of Sandman Mystery Theatre is how time progresses allowing an evolving relationship between Dodds and Belmont. Her closeness to the events of stories related has broadened her worldview, and she’s also come to see Dodds as stronger than the dilettante she originally believed him to be. Their relationship strengthens in The Vamp.