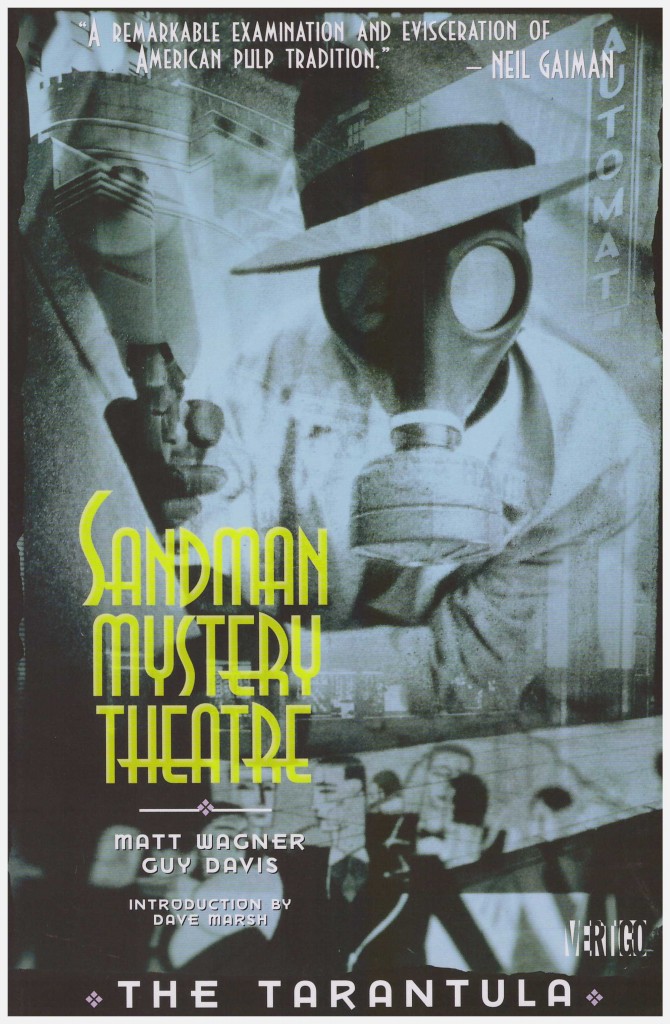 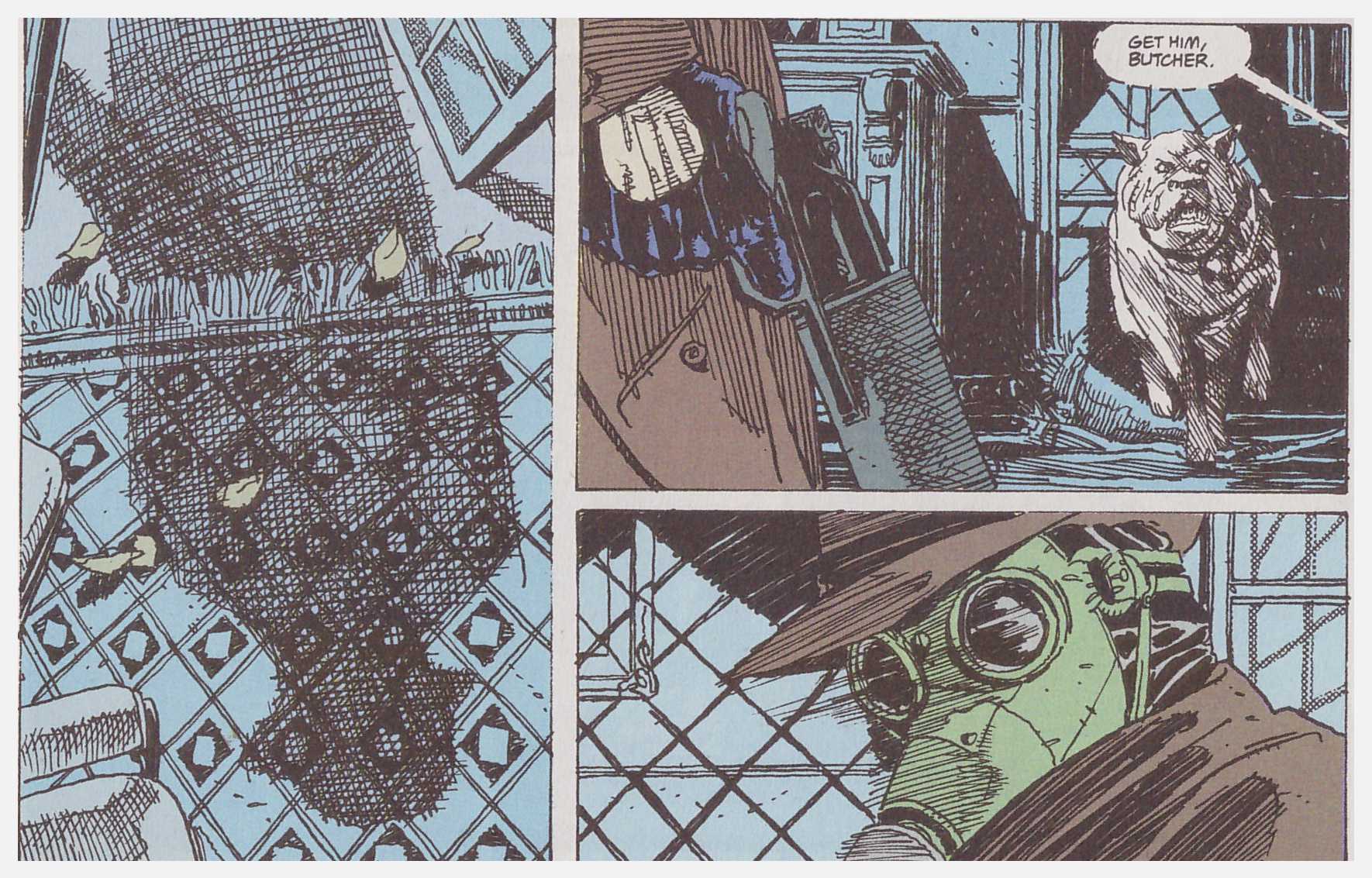 The Sandman was among the very earliest of the DC costumed characters, first appearing in 1939. He was very much a transitory step between the pulp adventurers, a wealthy crime fighter in a cloak, fedora and three-piece suit, and superheroes. It’s his distinctive gas-masked appearance that tips him toward the latter, and his accoutrement, the gas gun of his own devising, his mask protecting him from its effects.

This series starts at the very beginning, taking its title from the villain of the first ever Sandman story (see Golden Age Sandman Archives) and very loosely tying the series in with Neil Gaiman’s then very popular Sandman title. This is in the form of odd dreams, later analysed, dreams being the realm of his 1990s counterpart.

When Wesley Dodds returns to New York in 1938 he is to all intents one of the idle rich, having inherited his father’s business empire. Dodds’ view of the city is neatly encapsulated as “What had been the greatest city in the world is now a façade of corruption and denial”. His father’s contacts expedite society acceptance, meaning Dodds numbers the elite among his acquaintances, among them the District Attorney. His daughter Dian Belmont encapsulates the intelligent idle rich at which Dodds plays, but develops rapidly from that introduction as a member of her social set is kidnapped.

Little known when he began working on the series in 1993, artist Guy Davis stunningly evokes the immediate pre-World War II setting of New York on the cusp, recreating a world then considered the peak of style and comfort, yet to us primitive and devoid of technology we take for granted. By their very nature detective stories, and that’s what this is, require considerable exposition, and Davis is excellent at varying the viewpoints to ensure this never descends into tedium. There’s a subtlety to his art, both with character aspects and the planting of visual clues that can be overlooked as design elements on first reading. Davis was instrumental in creating the series. He’d selected the Wesley Dodds Sandman from DC’s roster as a character he’d like to draw when Matt Wagner, impressed with Davis’ work on Baker Street, first suggested they work together.

For his part, Wagner was looking was looking to diversify from Grendel and Mage, and Sandman offered an opportunity to explore pulp fiction with Dodds and Belmont instantly supplying the classic Nick and Nora team. The love of the genre shines through, but Wagner broadens the focus to spotlight the villains of the piece also, while disguising the identity of the main killer. In both this and later stories he applies a late 20th century sensibility to the stories, and some crimes detailed would have been beyond consideration for the writers of the 1930s.

With The Tarantula, Sandman Mystery Theatre isn’t just a promising start, it’s a fully realised world that continues in The Face and The Brute.