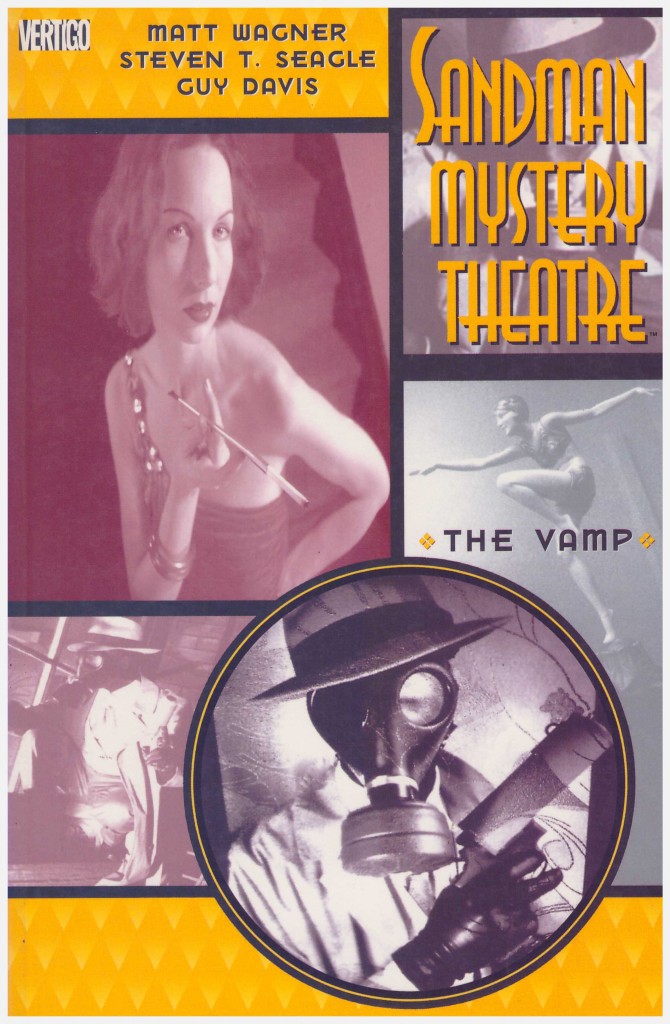 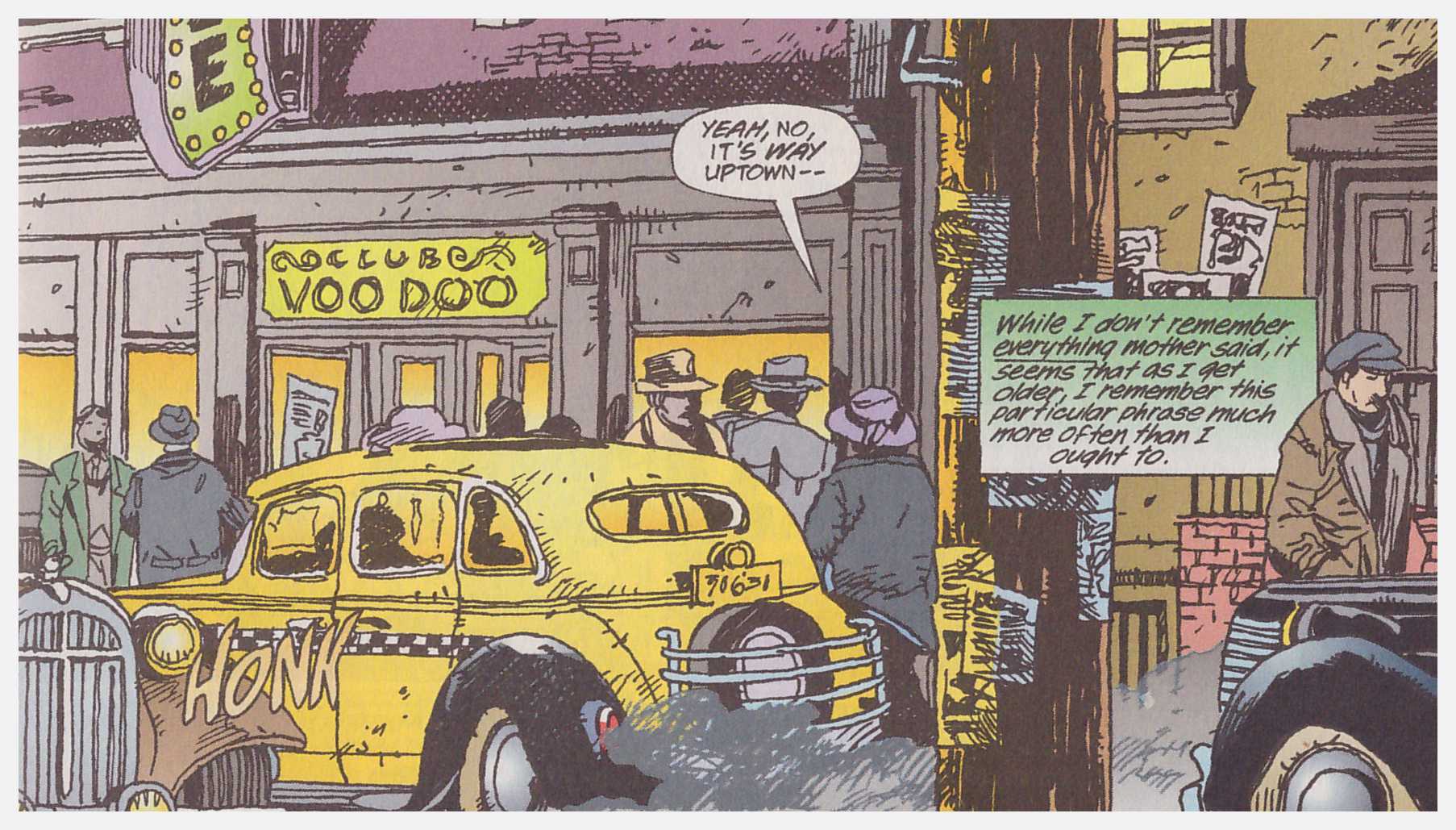 As a package, The Vamp is a return to the format of the first volume in presenting a single story with art by Guy Davis, a particularly welcome return after The Face and The Brute. It also introduces a new member of the creative team, Steven T. Seagle, who’d worked with Wagner previously on Grendel. Rather than breaking down as plotter and scripter, given Matt Wagner was already in place, it was a full collaboration from the beginning.

Despite being part of the title, Wesley Dodds’ appearances as the Sandman are extremely sparing, restricted to a mere 14 pages of 95, but Wagner and Seagle write such a compelling detective story with such a richly detailed cast that this is incidental. The Dodds/Belmont relationship accelerates as each discovers the other is possibly not as staid as they’d assumed. It’s played out against a background of a series of mutilated men’s corpses discovered drained of blood, each of them alumni of Dian’s former college.

Hindsight enables a trick that Sandman Mystery Theatre regularly and sensitively pulls off, acknowledging some universal experiences are no longer a matter for concealing, and contrasting them with others more regularly hidden these days. In the opening pages Dian learns one of her friends is a lesbian, and a police lieutenant is dismissed with scorn merely on the basis of his Italian ancestry. The story has attracted criticism for a negative portrayal of lesbians based on the actions of one character. She’s no token representation, but deliberately introduced as one of a group with distinct and largely sympathetic personalities, and a gender-positive agenda.

There’s a joy in the primitive nature, by today’s standards, of the tools Dodds has at his disposal in 1941, then state of the art. He utilises a listening device to eavesdrop on a police investigation, and Davis’ design for his gas gun is an extended canister fitted to a revolver. His welcome return as artist restores the well researched period details so skimped in the previous volume. He’ll draw almost three-quarters of the remaining material, and up next is The Scorpion.