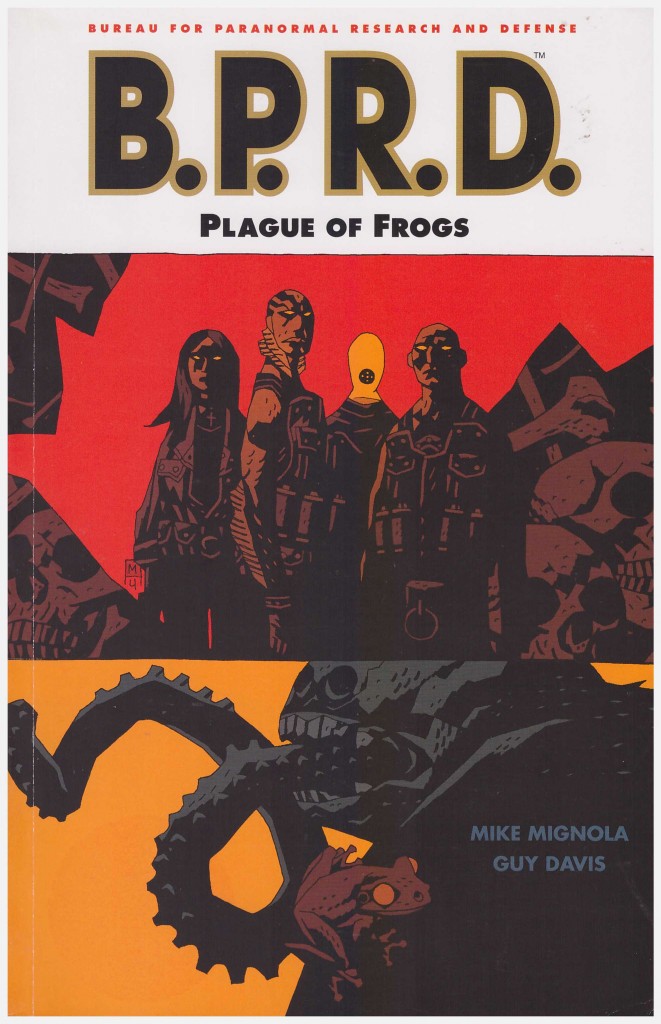 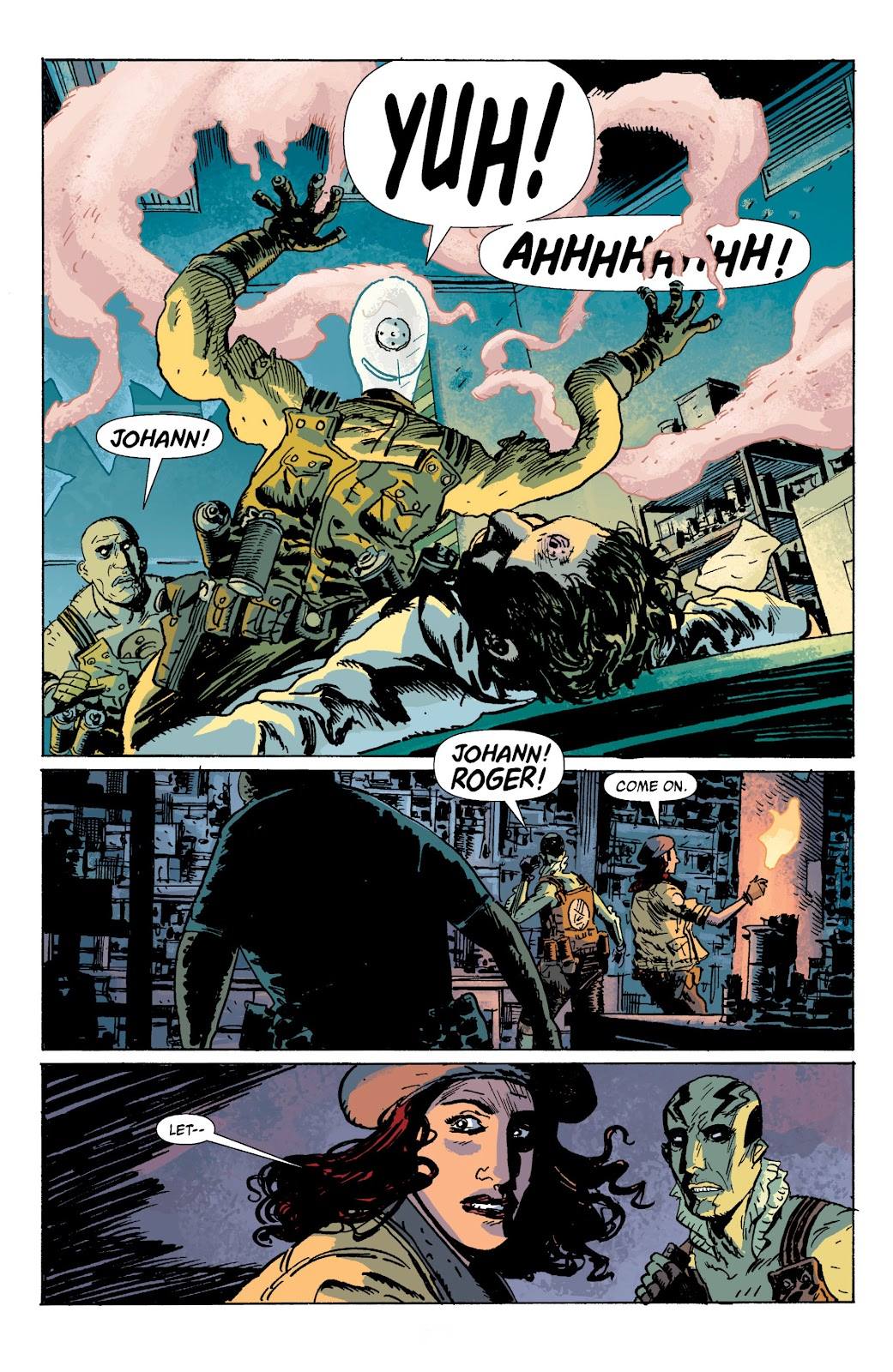 With this third volume B.P.R.D. moves to publishing a single story over the entire book rather than a selection of briefer material, as sales proved the department’s cast was strong enough to stand on its own without the distinctive visual and strength supplied by Hellboy. Dark Horse would later use the Plague of Frogs title as an overview of the next dozen or so volumes when collected in larger format.

It’s interesting that from all the artists who’d drawn B.P.R.D. instalments to this date that series creator and writer Mike Mignola would select Guy Davis to illustrate the first extended story. In the afterword he’s glowing with his appreciations, but there couldn’t be a greater contrast between Mignola’s occasionally almost abstract light and shade approach to art and the fine lined detail supplied by Davis. Perhaps this was deliberate, providing a clear distinction between B.P.R.D. and Hellboy, yet their styles work equally well on the same subject matter, with Davis perhaps offering a greater emotional palette. He also delivers some spectacular individual images, with the transformation of a faux-Elephant Man very disturbing.

The frog creatures properly introduced in this volume would come to occupy a vast mythos within the B.P.R.D. universe. They had been seen previously in Hellboy, but the almost vampiric manner in which they spread is established in Plague of Frogs, introducing a substantial concept and, importantly, one that divorced the B.P.R.D. from its parent title, bestowing individuality and direction.

Mignola takes his cue very much from the tone established in Hellboy. The B.P.R.D. have a heavily-ordinanced back-up cadre, seen more here, but they’re thrown into a world beyond the comprehension of most. Mignola plays on some primal fears, inflating them into what the title promises, as a mission intended as investigation thoroughly underestimates the potential danger. The ending to the frog sequence is particularly well conceived, before the story changes gears for an examination of Abe Sapien.

Over the previous books Abe Sapien had been very much a blank slate, a distinctive visual appearance disguising this. Here he wanders a world with obvious significance for him, but leaving both he and the reader to interpret the finer detail. Mignola’s afterword mentions being confined to bed with flu over a four day period, and the disjointed images provide a semi-hallucinogenic experience in which he appears to participate in his own creation.

For Hellboy fans and fans of both action stories and gothic horror, Plague of Frogs should provide a very potent and satisfying read. The bonus material provided comes in the form of design sketches by Davis along with his notes. All content can also be found in the value for money Plague of Frogs 1   issued both in hardback or thick paperback, which also contains the previous two collections. The continuity is followed into The Dead.