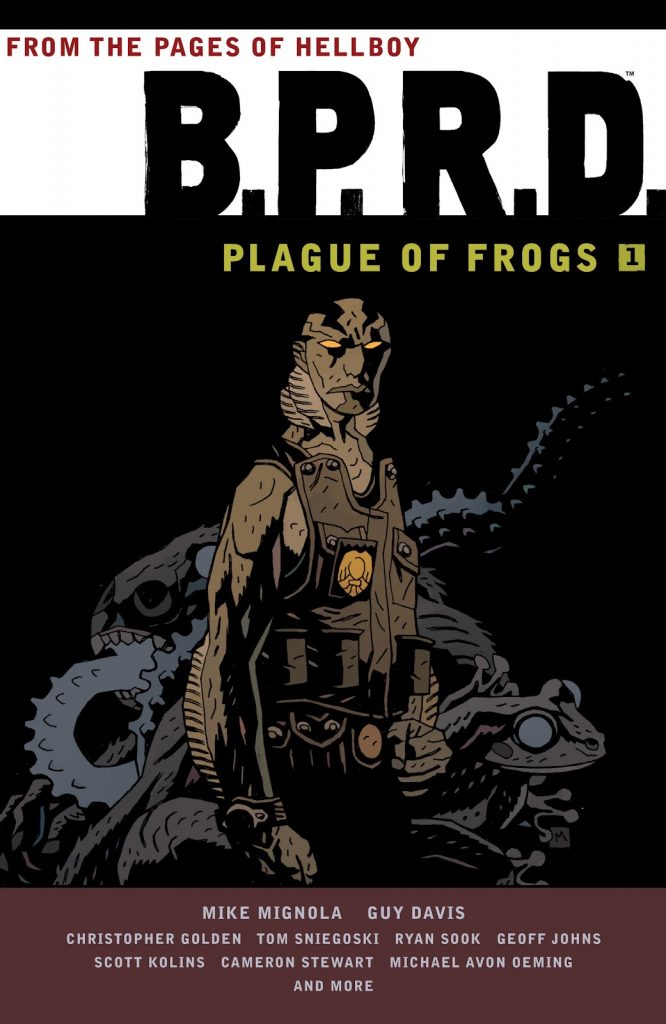 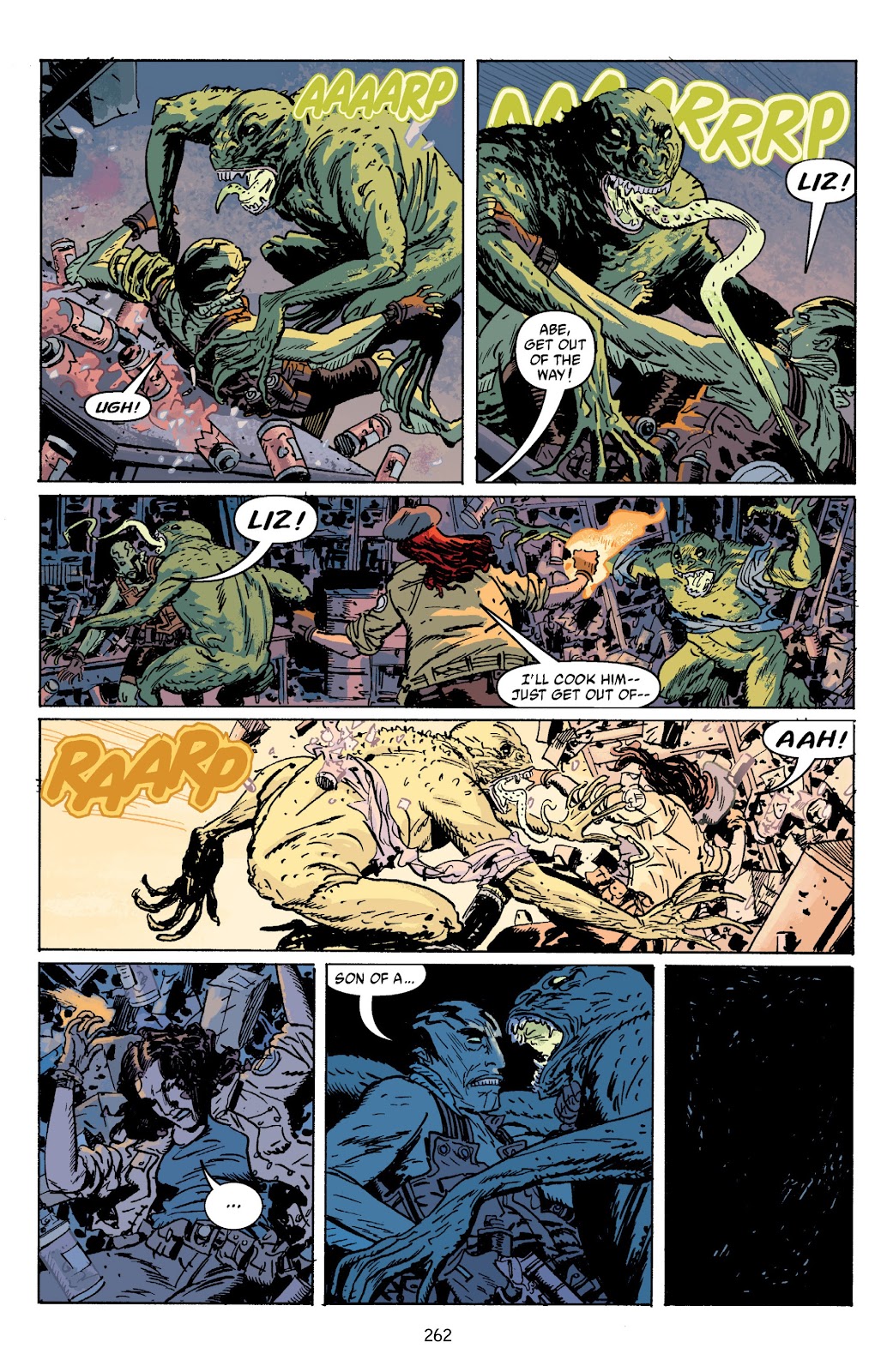 When Mike Migonla introduced the Bureau for Paranormal Research and Defence in his Hellboy series, it seemed logical that with assorted mystical unknowns threatening Earth there would be some form of protective organisation. Equally, the way Mignola gradually explained what the organisation did, and who was available, meant it became ever more intriguing until spin-offs without Hellboy appeared.

These initially took the form of short stories allowing other creators to dabble in Mignola’s world, sometimes with his guidance, sometimes without, before Mignola settled on a greater purpose for the organisation, giving them their own epic to compare with Hellboy. That’s the title piece, the five chapter continued story ending the book, and also the title of a slimmer, earlier paperback.

It’s worth noting up front for fans of Mignola’s art that his only story contributions are written, although covers he drew are reprinted, and there’s an extensive sketchbook section. As the list of artists shows, though, there’s no shortage of quality illustration, with Matt Smith, Ryan Sook and Michael Avon Oeming’s pages very much emulating the stark contrasts of Mignola’s art.

The short stories providing the opening two thirds of this collection are very much an up and down experience, skimming all over the place, sometimes solo outings for Abe Sapien or Lobster Johnson, sometimes more oriented to the B.P.R.D. as an organisation. As the B.P.R.D is short of paranormals following Hellboy’s departure (see Conqueror Worm), the disembodied Johan is introduced, able to communicate with the dead, and pyrotechinic Liz Sherman returns. She’s a great addition, troubled and uncertain. The best of the shorter outings is by Bryan Augustyn, and Guy Davis, who spotlight a New England town and how their past concerns witches.

There are no similarities between Davis’ elegant brushwork and Mignola’s jagged, shadowy linework, but when it came time to involve the B.P.R.D. in a larger story Davis was the chosen artist, his mood obviously suiting Mignola’s needs. It provides a clear disctinction between these stories and Hellboy, although Hellboy operates in the same world and is occasionally seen. The title story is when the B.P.R.D. really come into their own. The frog creatures have already been seen, but Mignola here transforms them into an ongoing threat rather than monster of the month, and also puts some effort into bolstering Abe Sapien’s character. He’s always been intriguing due to his design, but lacked a distinctive personality, and by the end of this collection his distanced brooding is established.

Used copies of the earlier paperbacks featuring these stories can be found as The Hollow Earth and Other Stories, The Soul of Venice and Other Stories, and, confusingly, Plague of Frogs. However, with the paperback version of this collection a bargain, it’s the better bet. 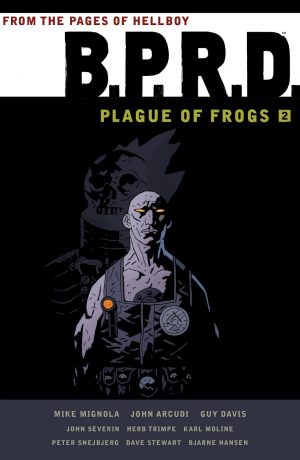