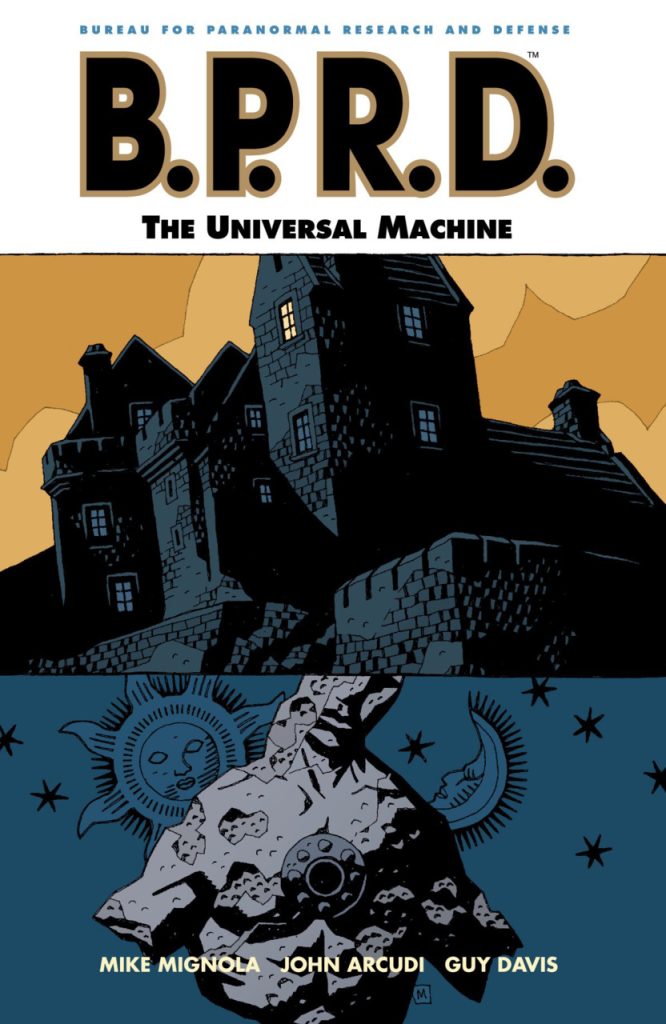 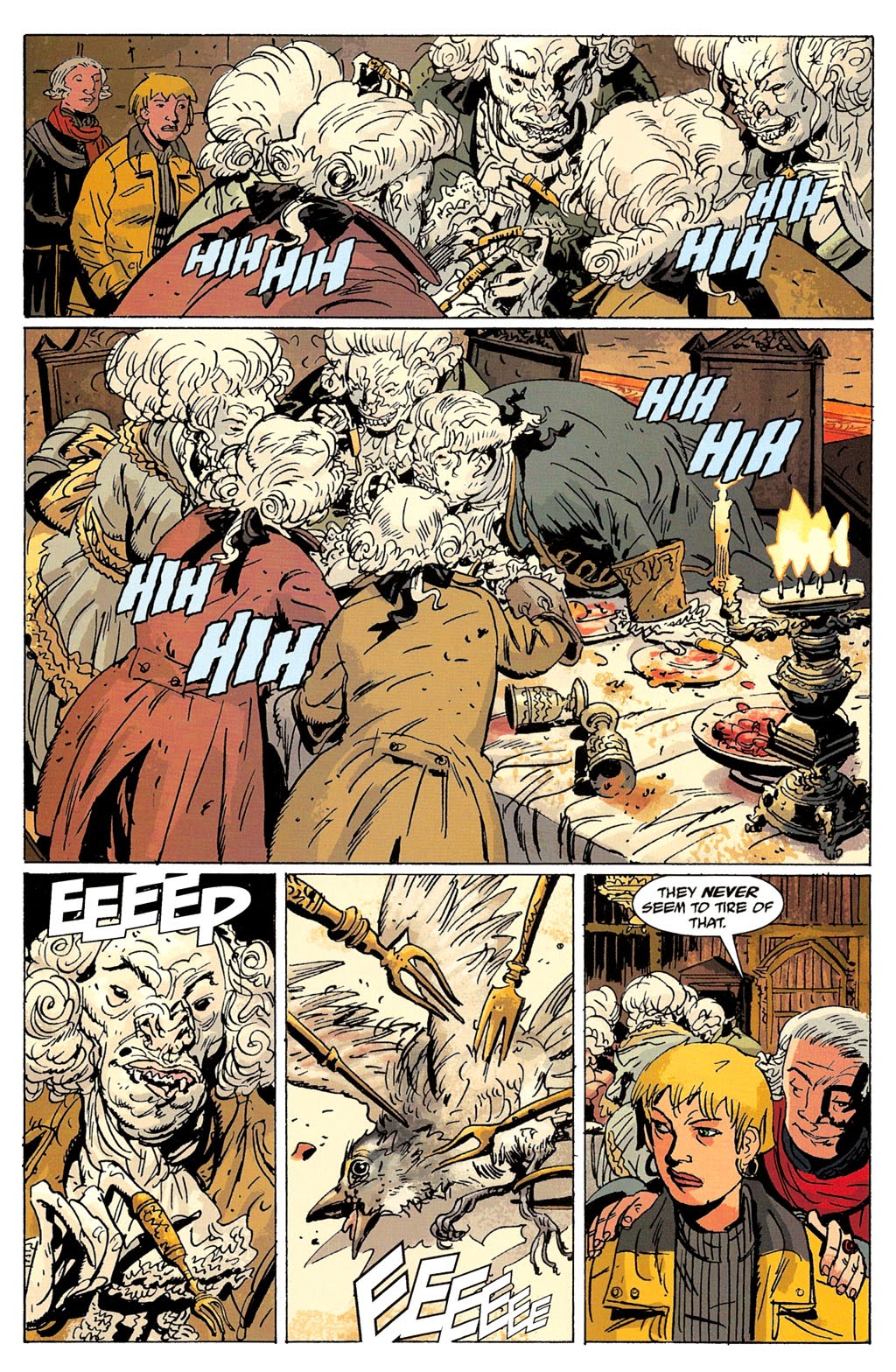 In many ways the key character in the Bureau for Paranormal Research and Development is Kate Corrigan. A history professor by trade, she’s the normal human accompanying the missions, a caring liaison to what are referred to as “the agents” with enhanced talents. Knowledgeable, resourceful and sympathetic, she’s also surprisingly capable when faced with the unknown.

She’s central to this story as she attempts to acquire a mystical tome that may provide the key to rectifying something that occurred in The Black Flame. She and agent Andrew Devon travel to a remote hilltop area in France to meet a dealer in antiquities with a stunning selection of arcane material. The situation, however, rapidly moves beyond her expectations and she finds herself held hostage by someone proposing a trade with the B.P.R.D.

The other main plot thread here concerns incidents from the pasts of other agents. After two volumes the uncompromising Daimio opens up about how he arrived at his current condition, relating a story of were-jaguars in Bolivia. His revelation encourages the others to reciprocate, and one of their encounters includes a guest shot from Hellboy.

This is very much a change of pace story for the B.P.R.D. The menace of the frog creatures is sidelined for the time being, and until the finale plotters Mike Mignola and John Arcudi restrict the appearance of the supernatural to the stories being told by cast members. Mignola conceived elements of the story several years previously, initially intending to use them in Hellboy, but that never worked out, and B.P.R.D. fans should be glad of that. What Arcudi made of the plot surely works far better with Kate as the person trapped.

As ever, Guy Davis is picture perfect, whether illustrating a Wendigo on the rampage, or the faux-Georgian world in which Kate finds herself. As revealed in Davis’ sketchbook section closing the book, the costume designs for this sequence were based on those seen in Roman Polanski’s film The Fearless Vampire Killers, a favourite of Mignola’s. The sketches also convey how much thought Davis applies to his art, with four sketches of a castle that’s only seen in the glory of its prime in three panels.

Mignola also supplies a few pages at the end in which Johan and Roger have a conversation that closes a story running to this point. It’s charmingly carried out.

The next volume is Garden of Souls, and both are collected along with the subsequent Killing Ground in the bulkier Plague of Frogs 3.