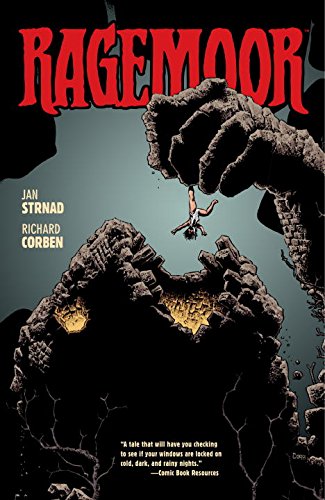 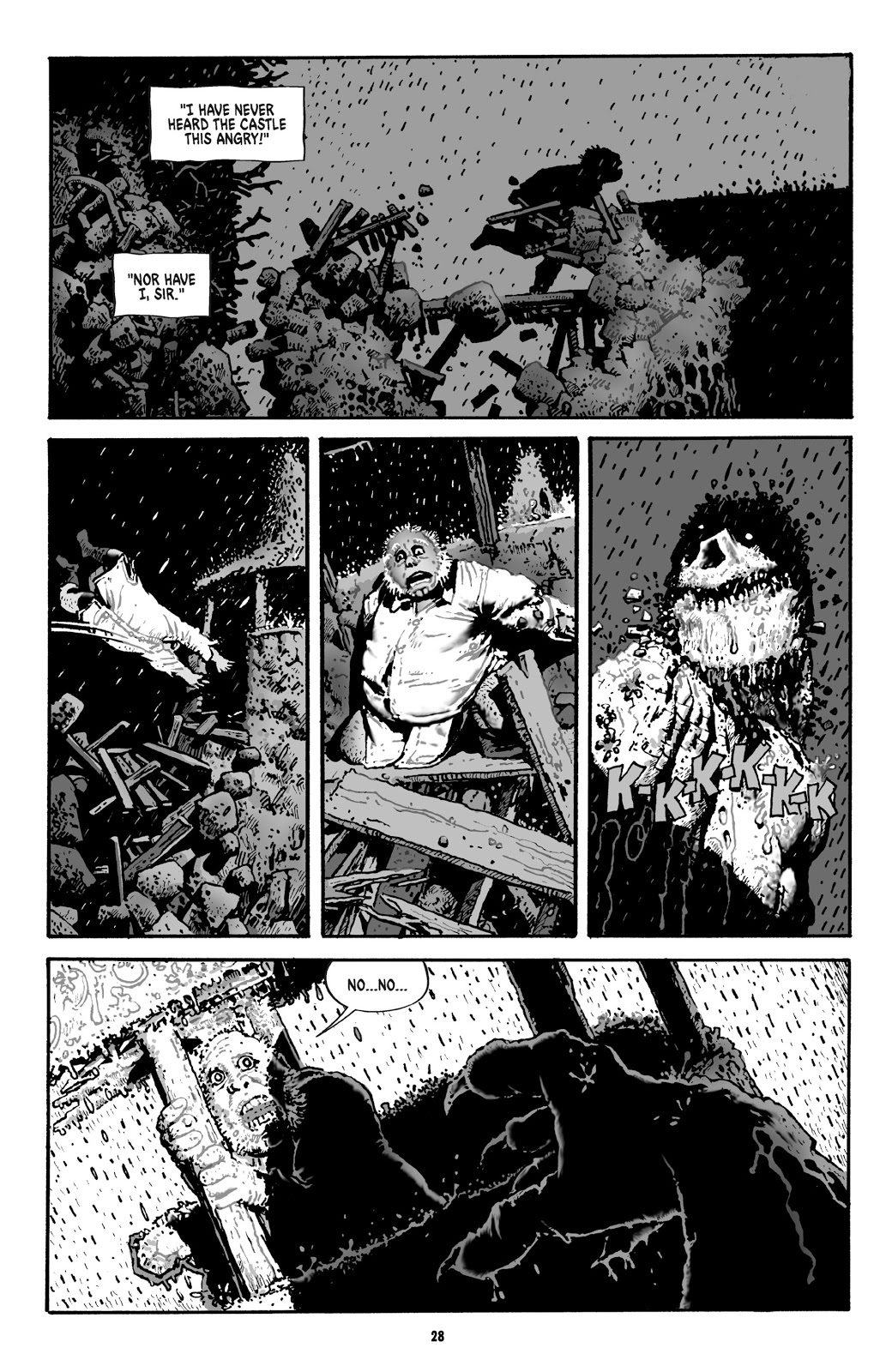 This book reunites Richard Corben with Jan Strnad, the man with a typo for a surname. Both worked together many times before, as far back as the 1970s, producing such work as Jeremy Brood and New Tales of the Arabian Nights. Corben seems to have abandoned sci-fi and fantasy to concentrate on horror in recent years, and this story, although an original, is very much in the same vein as the numerous Edgar Allan Poe and H. P. Lovecraft adaptations that he has excelled at for so long.

J. P. returns to Castle Ragemoor, his ancestral family home, in an attempt to wrest control of the property from his nephew, Herbert. Accompanied by a beautiful young woman, hired to impersonate his daughter, he hopes to have his nephew committed. Herbert warns his uncle – from the outset and in no uncertain terms – that the house is alive. Needless to say, J. P. is both disbelieving and delighted, thinking this will expedite the declaration of insanity. His delight doesn’t last long, and few of the small cast of characters are unchanged by events that transpire over the course of the story.

Unlike Lovecraft’s work, which eschewed such niceties as plot and characterisation in favour of trying to build a sense of otherworldly dread, this book actually has a fairly action-packed plot. Whether it’s the strange skeleton-faced baboons that haunt the castle, or the giant cockroach-creatures that work in the kitchen, the creepy just keeps on coming, with many unsettling images and set pieces. There’s also a strong fascination with body horror, reminiscent of both the Vincent Price-starring The Fly and the Cronenberg remake.

The story moves beyond most haunted house tales when it reveals hidden layers to the intelligence behind the castle. When most people refer to a location as being like another character they usually aren’t speaking literally, but in this instance the castle really is another character: one that we see in a recognisably humanoid form wrestling with giant Lovecraftian horrors.

The artwork for the first chapter is noticeably more polished than the others, and it’s a shame this book is black and white, with the exception of some beautifully creepy colour covers. However, any Corben artwork is still better than most artists at the top of their game, and his ability to tell a story clearly is masterful, as is his ability to depict characters in motion.

This is a self-contained tale that stretches the haunted house story, populated by creatures straight out of Lovecraft, and with a layer of Poe’s obsessive nature and love-struck melancholy to round out the characters, even if they remain stereotypes to some degree. This won’t be everyone’s cup of tea, or glass of absinthe, but for those who like this kind of thing, and Corben’s many fans, this book won’t disappoint: a meaty slice of gothic horror by the modern master of the genre.