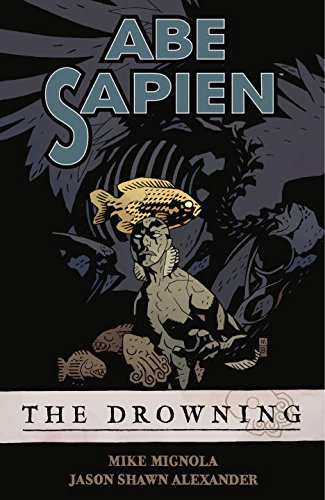 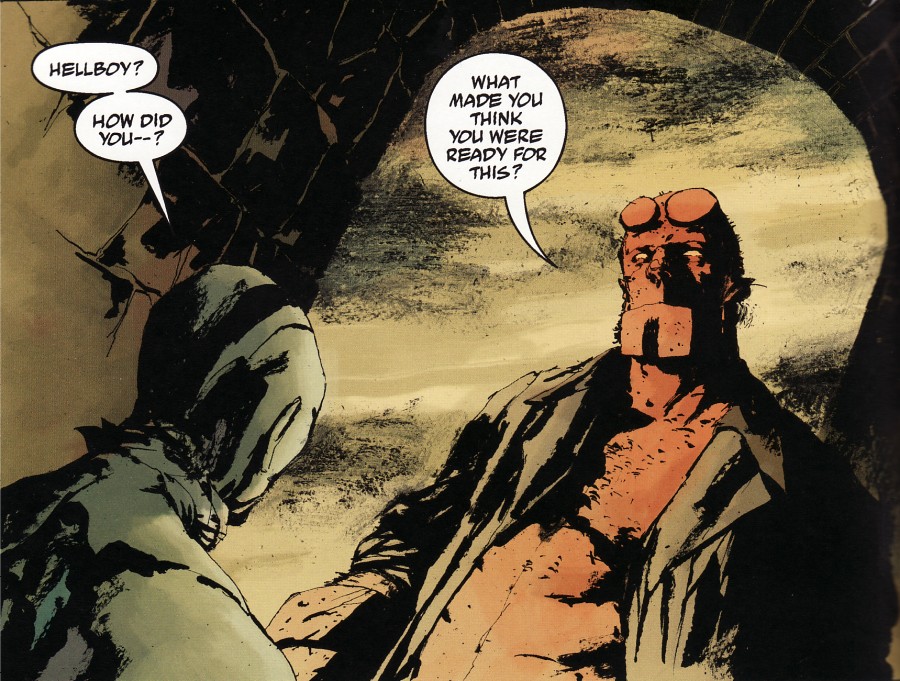 Mike Mignola created a strong and vibrant mythology with Hellboy and bolstered the horror-hero with an attendant pantheon of weird wonders to destroy unnatural threats and supernatural monsters through the Bureau for Paranormal Research and Defense.

Collected here is the first solo exploit of Hellboy’s trusty and enigmatic amphibian associate Abe Sapien: a valiant yet deeply unsure and insecure champion whose origins and experience with those occult occasions typically handled by the Enhanced Talents Task Force are at this time still largely theoretical.

Scripted with Spartan discipline by Mignola, his visions are moodily realised by Jason Shawn Alexander, who also provides a fabulous and informative ‘Abe Sapien Sketchbook’ at the back of this full-colour walk/swim on the weird and wild side. The action opens with a glimpse into demonic deeds from 1884, when occult detective Edward Grey defeated warlock Epke Vrooman before sinking the necromancer’s hellish ship sixty miles off the French coast near the former leper-colony of Isle Saint-Sébastien. In 1981 Hellboy is absent from the B.P.R.D. and Chief Bruttenholm pushes the reticent Abe into leading a milk-run mission to retrieve the fabulous, lore-laden Lipu Dagger that Queen Victoria’s Most Special Agent used to end the malevolent mage almost a century before.

With experienced agents already in place, all the merman has to do is dive deep and fetch back the prize artefact. Sadly, with magic nothing is ever easy.

Mignola has an incredible knack for creating powerfully cohesive scenarios, and this escapade effectively dragged Abe Sapien out of Hellboy’s overwhelming shadow and set him on his way as a solo star. It would be four years before the next book, The Devil Does Not Jest, but they’ve appeared annually since. Potent, powerful and drenched in an uncanny atmosphere, this is a terrific terror tale to haunt your dreams.