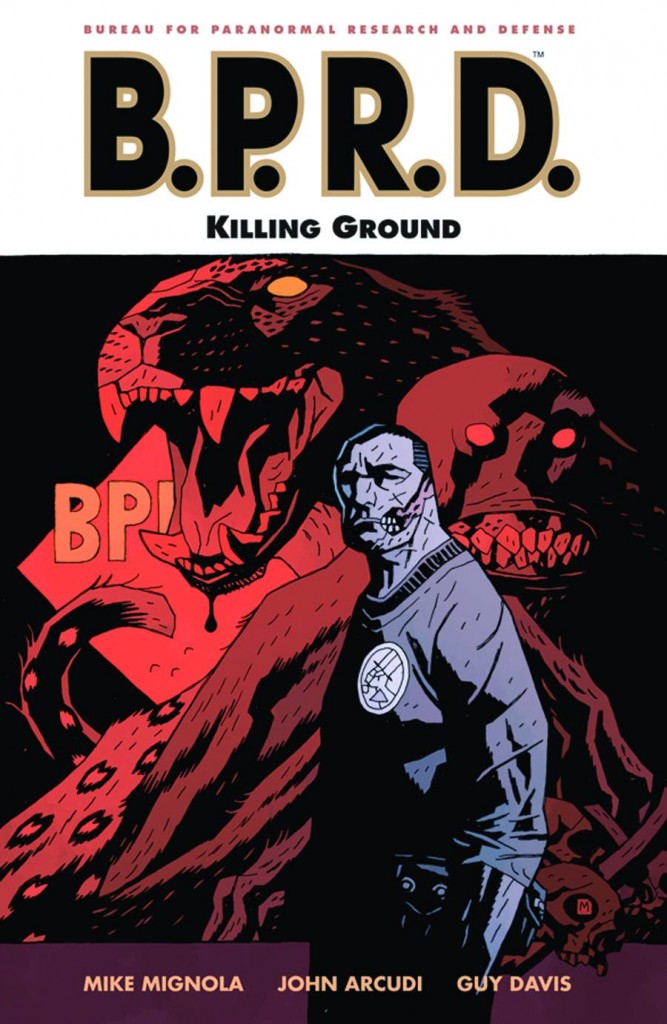 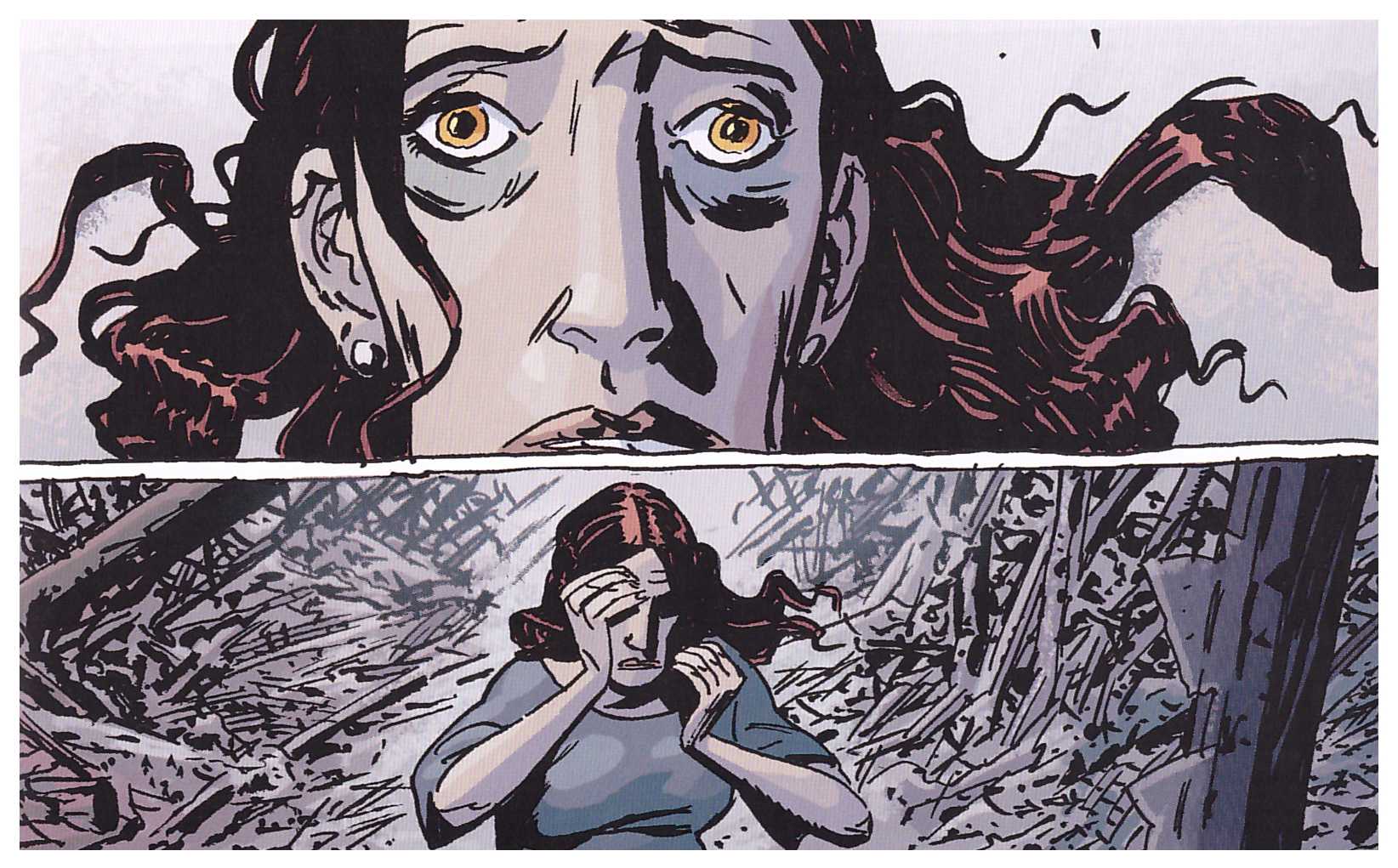 The past two volumes of B.P.R.D. have primarily spotlighted individual team members, but Killing Ground returns the attention to the team as a whole, and not too many are in a good place.

The exception is Johan, for whom there’s been a major transformation between books. Garden of Souls provided an artificial body to house his spirit, previously confined to a basic suit. The artificial body appears fully functioning, restoring the joy of human senses to Johan, and he relishes all the possibilities it can offer, starting with the smell of a hoagie. Unfortunately, his experimental hedonism results in his absence when his strength might most be required.

Liz is plagued by visions supplied by Memnan Saa, who insists he’s operating in the her best interests, and the mistrust engendered by Captain Daimio’s reluctance to integrate fully with his comrades persists. Circumstances of his situation remain undefined despite an encounter with a Jaguar God being revealed in The Universal Machine, but his secrets receive a full and terrifying airing here.

Hindsight displays that the B.P.R.D. housing a captured Wendigo in their Colorado base proves to have been a mistake. It escapes, with predictably tragic consequences. In the quieter moments Panya takes centre stage. She’s been revealed as a living, if largely immobile, three thousand year old mummy with some telepathic ability, but the indications are that she has techniques at her disposal.

B.P.R.D. is a title specialising in dealing with the paranormal, but the weirdness quotient is raised considerably in The Killing Ground. The writing combination of Mike Mignola and John Arcudi reveal much, but simultaneously instil new mysteries, one being the ghost of 1930s adventurer Lobster Johnson manifesting. The conclusion is deliberately open-ended, and it would be a long while before that was resolved, in B.P.R.D. Hell on Earth: The Long Death.

As he does in every volume, Guy Davis supplies stunning detail-rich design and storytelling. His monsters are appropriately frightening creations, and his human cast well defined.

The entire content is collected with The Universal Machine and Garden of Souls in B.P.R.D. Plague of Frogs volume three. Numerically the next volume is 1946, but that’s an entirely separate story, and the continuity continues with The Warning.