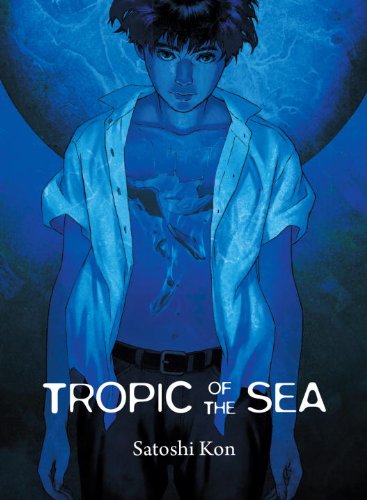 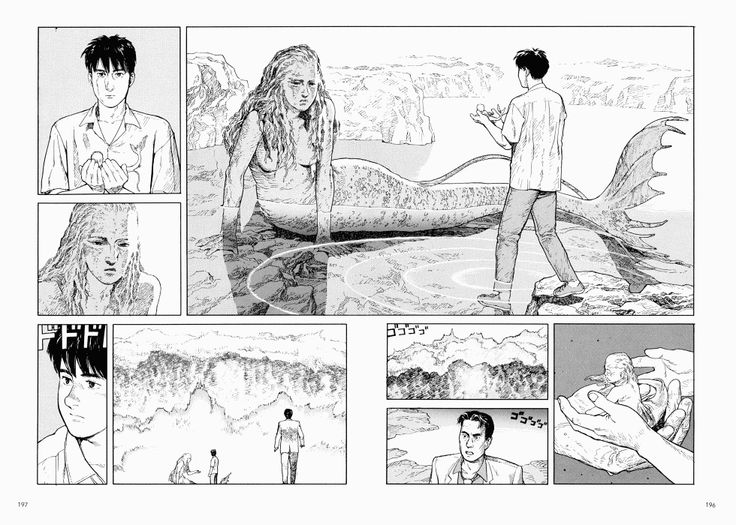 We’re accustomed to manga stories filling entire bookcases: epics thousands of pages long on every subject under the sun. Sometimes, however, something more familiar to English sensibilities turns up like this short, sharp shocker from Satoshi Kon.

On a secluded beach teenager Yosuke plays before dutifully climbing to a hilltop shrine to enact a centuries-old ritual. His joyful morning is ruined when his father brings a TV crew into the sacred area.

Yozo Yashiro is 23rd Head Priest of Hiratsu Shrine; a modern man keenly supporting a consortium’s plans to turn sleepy fishing village Ade into a modern luxury resort. Hungry for publicity he’s happy to disturb the Mermaid’s Egg within for his viewers, derisively explaining the legend attached to it.

Long ago his ancestor promised a mermaid to respectfully care for one just like it. After six decades the egg was returned to the sea and another left. In return the sea matron guaranteed calm waters and abundant fishing. The egg was deposited in the shrine almost exactly sixty years ago.

Yosuke’s furious grandfather fiercely opposes the resort, ashamed that the current priest is no believer in his duties or the sacrosanct pact, but only sees the monetary potential of a Mermaid’s Egg theme park. Ade is split over the issue: fishermen see their livelihoods threatened by a tourist trap whilst shopkeepers imagine thousands of new customers flocking in as Ozaki Construction bigwigs arrive to inspect the monstrous Hotel growing like a giant tumour on the beach.

Billboards proclaiming “Welcome to Mermaid Country” are everywhere and Yosuke and buddy Tetsu take a dinghy out to holy islet Kamijima, catching a tantalising glimpse of something impossible in the water. It’s only old school friend Nami, back from and taking a playful swim, but Yosuke is still uneasy.

As fish catches dry up, the Mermaid’s Egg festival, packed with tourist and interlopers, degenerates into a riot and in the melee, and Yosuke thinks he sees a figure on a rock, waiting in vain for her child to be returned. What comes next shakes everyone’s conception of reality and almost ends everything.

Brooding and pensive, this supernatural thriller builds tension with masterful dexterity in beguilingly understated style. Kon’s superb draughtsmanship and pacing keeps the suspense simmering until the spectacular denouement snatches your breath away.