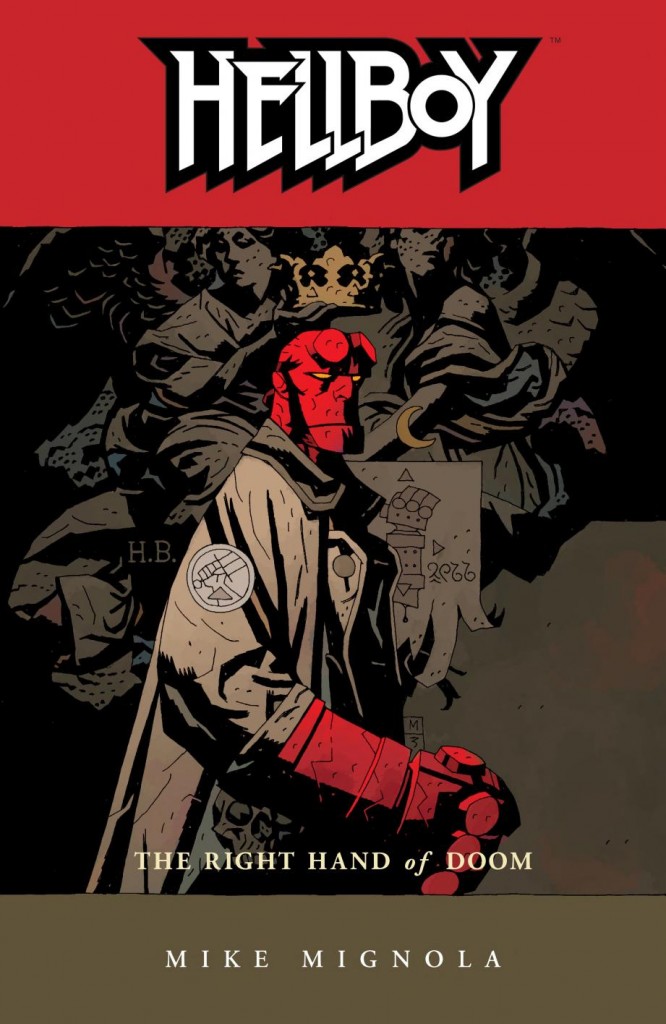 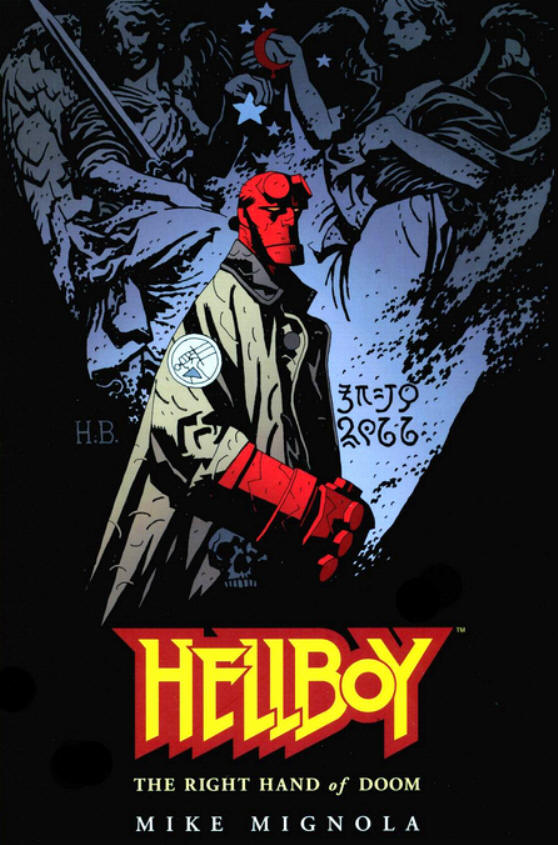 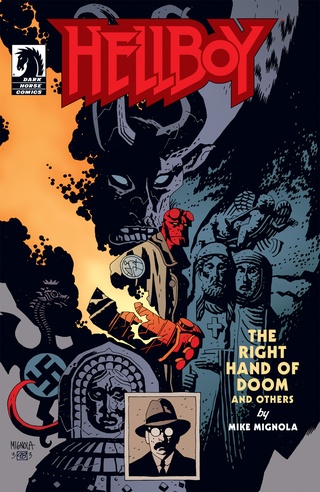 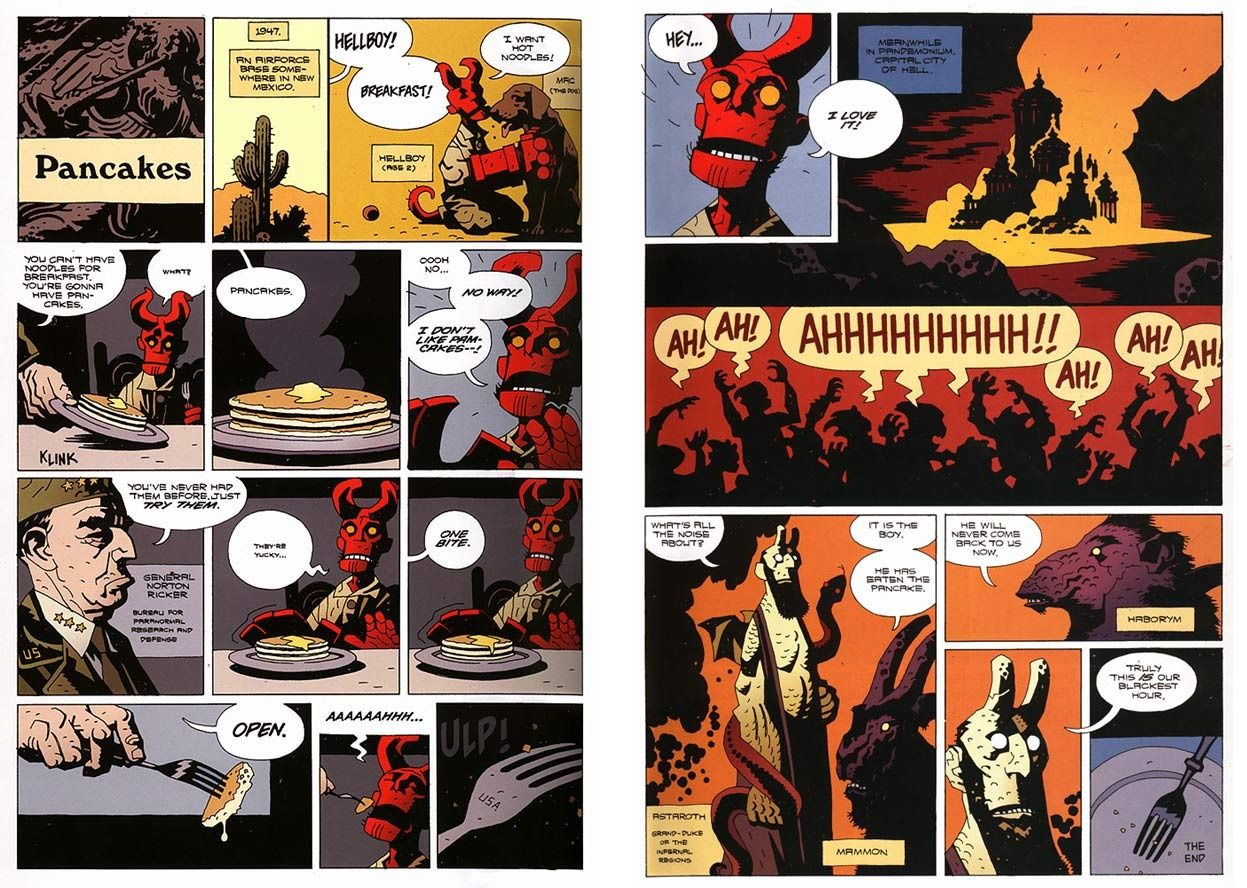 This fourth compilation of Hellboy again features short stories from a variety of sources. Not to be skipped over, this volume may not be one long adventure like Seed of Destruction or Wake the Devil, but it’s just as crucial for Hellboy completists. Mike Mignola’s way of constructing stories with unusual rhythms and pacing means that he doesn’t save the interesting stuff solely for the bigger story arcs. There is lots of crucial, even pivotal, information about who Hellboy really is and what is coming, in these tales of weirdness, atmosphere and mood. This group of stories has much more of a horror theme, but Mignola’s drawing style neutralises a lot of the gore and gross-out qualities that more conventional artists would bring to this material, so it’s readable by almost anyone.

The book opens with ‘Pancakes’, a very short, almost throwaway episode that completely defines Hellboy’s relationship to the domain of Hell with a joke. It’s one of the most popular Hellboy stories ever.

The Osiris Club feature in ‘The Nature of the Beast, a shadowy group of men who are keeping an eye on Hellboy for reasons of their own, and send him to slay a dragon. In ‘King Void’ Mignola takes elements from Norwegian myths to tell a new story about the manipulative Gods and the humans they torment for sport, and ‘Heads’ is Hellboy in Japan. Mignola similarly uses elements from Japanese folklore to tell a tale of floating heads.

‘Goodbye, Mister Tod’ deals with the interesting properties of ectoplasm and ‘The Varcolac’ is a completely new version of a story that originally appeared in two page instalments. Hellboy encounters Romanian vampires, one of whom is a giant. So why does Hellboy have a big stone right hand and what does it do? ‘The Right Hand of Doom’ provides the answer.

‘Box Full of Evil’ is the longest story, originally in two parts, now with additional pages at the end. Black magic, minor demons, resurrection, damnation – and Hellboy and Abe encounter a monkey with a gun. Plus there is a big revelation about Hellboy’s original purpose on Earth. He doesn’t like it.

As usual, interspersed between the chapters is some enlightening commentary from Mignola about his process making these stories. This volume also features a selection of sketches.

This book and the previous volume, Hellboy: The Chained Coffin and others is also reprinted at a much larger size in the archival hardcover Hellboy Library Edition: Volume Two.