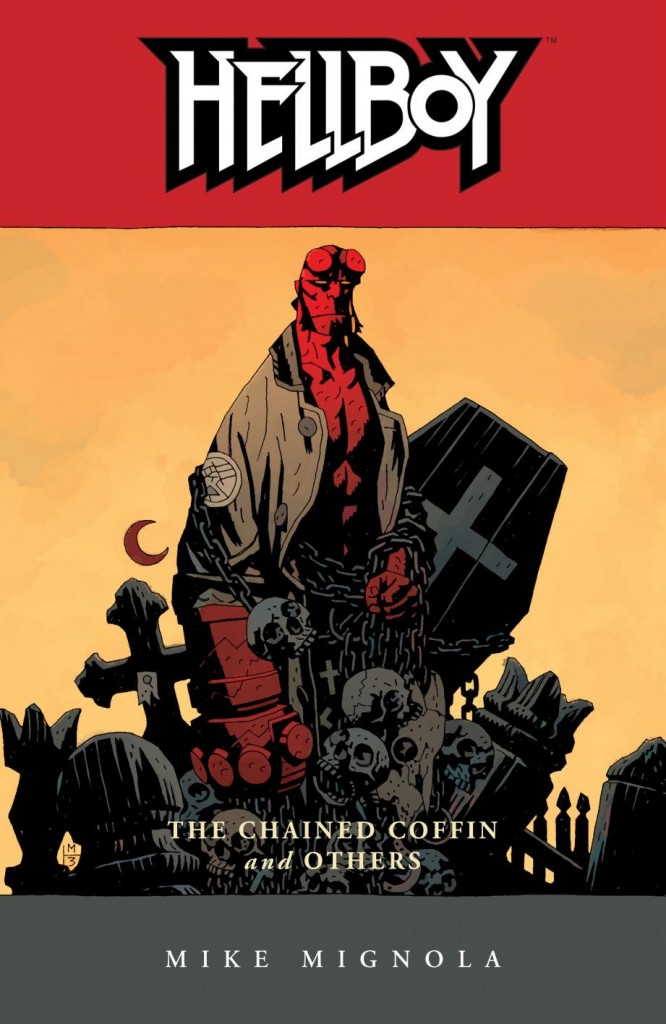 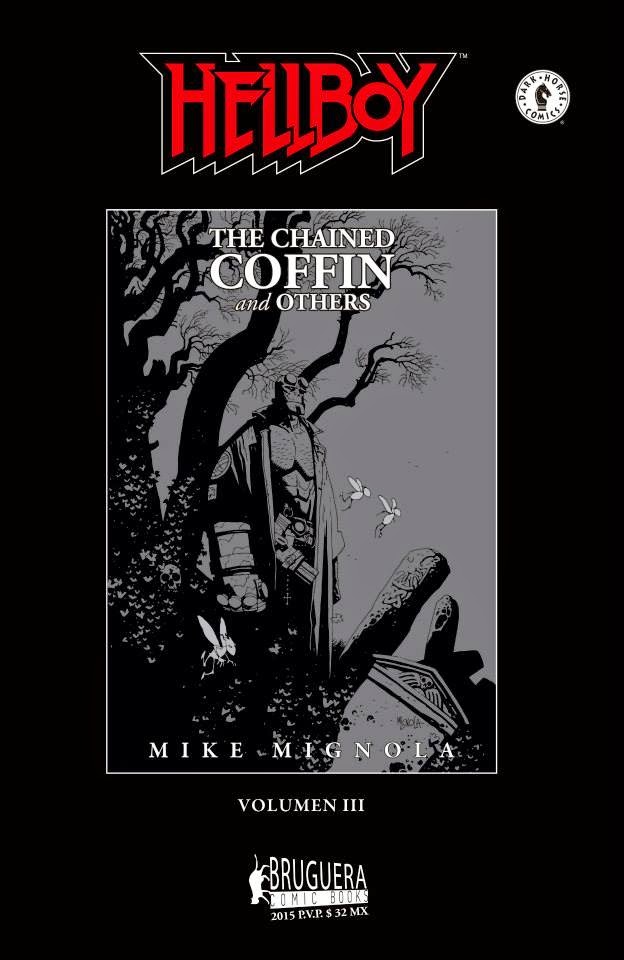 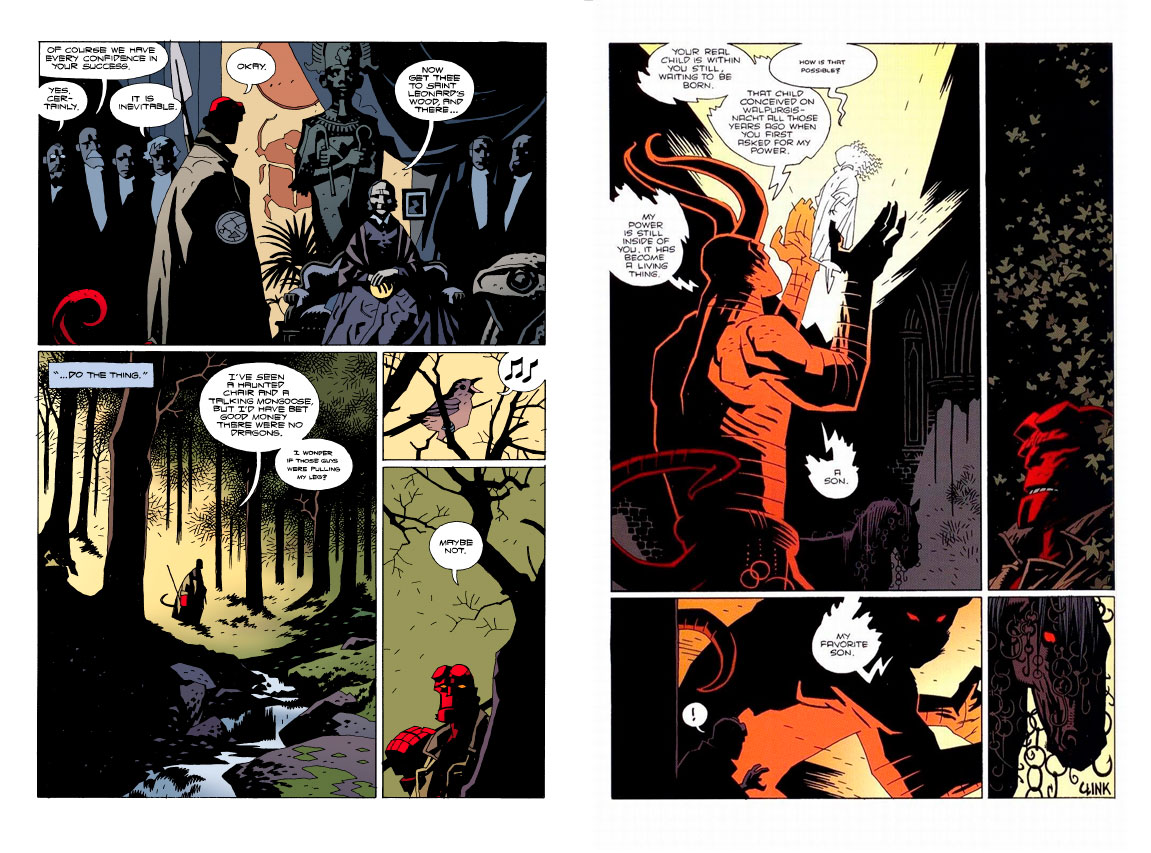 The third volume of Mike Mignola’s Hellboy features short stories compiled from a variety of sources, ranging from Dark Horse Presents to issues of the Diamond Comics catalogue. Mignola gives the stories dates to indicate where they fall in the years before and after the events of Seed Of Destruction and Wake The Devil.

‘The Corpse’ (Ireland, 1959) is in many ways the definitive Hellboy short story. It has him performing an unusual task–a kind of hostage exchange–for the Little People to secure the return of a kidnapped child. A minor detail in this story will recur in a very big way a few books later. In Ireland two years later we have ‘The Iron Shoes’, Hellboy pitted against a goblin wearing the huge iron shoes of the title.

Set in Russia years before Wake The Devil ‘The Baba Yaga’ is an abandoned story rewritten especially for this collection, providing an explanation as to why the Baba Yaga hates Hellboy. It’s another incident that will prove to have consequences for him down the line. ‘A Christmas Underground’ is an adventure beneath a haunted English manor on Christmas Eve 1989, and ‘The Chained Coffin’, is also set in England immediately after Seed Of Destruction. In the ruined church where he appeared in this world, Hellboy learns something about who his parents were.

The Balkans in 1994 is the setting for ‘The Wolves Of Saint August’, as Hellboy investigates who murdered his friend, Father Kelly in a town beset by werewolves. It also features Dr Kate Corrigan.

The origin of Roger the Homunculus and how he uses Liz Sherman’s lifeforce which is currently animating him is a coda to Wake The Devil. ‘Almost Colossus’ is set in Romania immediately after that story.

An interesting side-effect of compiling these stories is seeing how Mignola’s drawing style evolves, as he begins to use less of the detailed linework and rendering expected in conventional comics. The design of his panels and page becomes more about shapes and edges, contrasting with black and areas of strong colour. It’s still very much in the dynamic, Jack Kirby-esque tradition of superhero action, but more modern and lot more sophisticated. There’s plenty more innovation to come.

There’s an introduction to this volume by P. Craig Russell, and a gallery at the end featuring art by Kevin Nowlan, Duncan Fegredo and others.

This book and the following book four, Hellboy: The Right Hand of Doom are also reprinted at a much larger size in the archival hardcover Hellboy Library Edition: Volume Two.