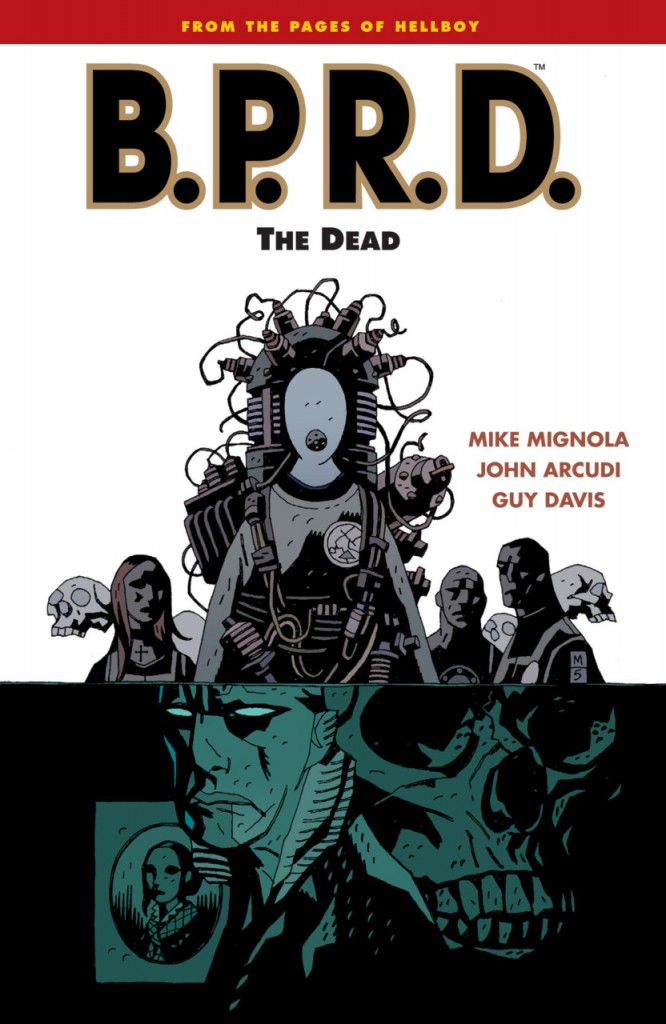 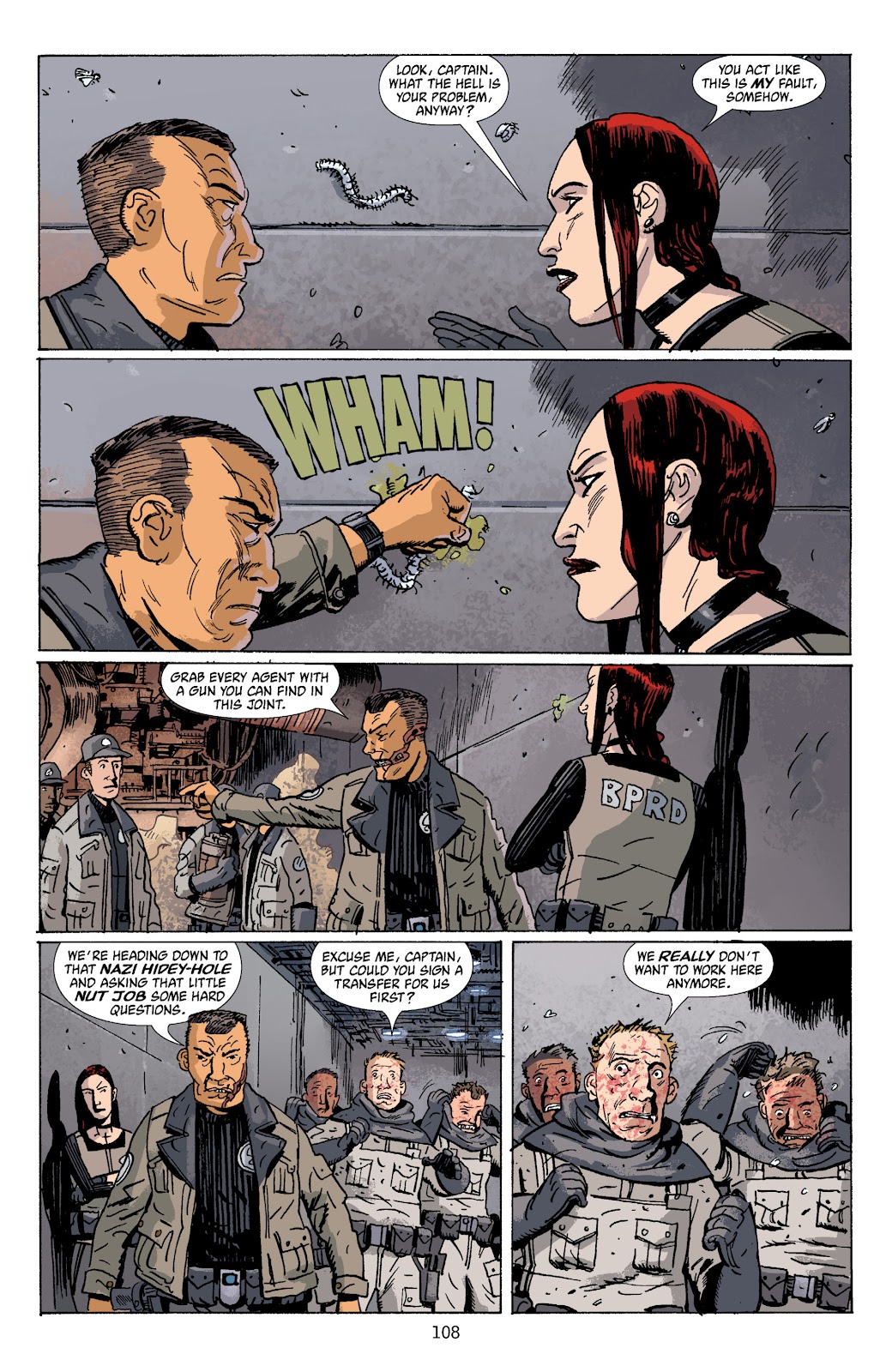 With this volume B.P.R.D. adds a new regular contributor, writer John Arcudi. They would later collaborate a little more closely, but their initial collaboration was in the form of Mike Mignola sketching out the big picture, and leaving Arcudi to flesh out the plot and character moments before scripting.

Arcudi’s not the only new element introduced. It’s welcome to Captain Ben Daimio, a former military green beret with all the experience that entails. Beyond that qualification he’s also seemingly returned from the dead, but via an experience that’s left him with unsightly facial scarring. There’s some initial resentment from other team members, and he hardly appears interested in integrating himself.

Tom Manning has never been a primary character in either Hellboy or B.P.R.D., but his cameos are always enjoyable, if that’s the correct term. A career administrator, he nominally runs the unit, but is portrayed as being more concerned about political expedience than the wellbeing of his agents. He didn’t think twice about arming one with a remote destruction device as a precautionary measure, and here is responsible for introducing Daimio and relocating the headquarters to Colorado as a cost-saving measure. Those headquarters hold secrets of their own, though, which come to dominate half the story.

The consequences of not dealing completely with the original outbreak of frog creatures in Michigan (Plague of Frogs) is becoming apparent, but Abe Sapien following up on what he learned about his possible previous life is the other main thread. What he discovers is alluring, but is it the truth?

Guy Davis provides his usual superlative job with the art, equally at home portraying the inner secrets of a former military base, a farm under attack from a bizarre fleshy tentacled creature or a tender moment between two characters in a Victorian study. The next volume is The Black Flame, and both are collected in the bulky Plague of Frogs 2, along with the much later War on Frogs.