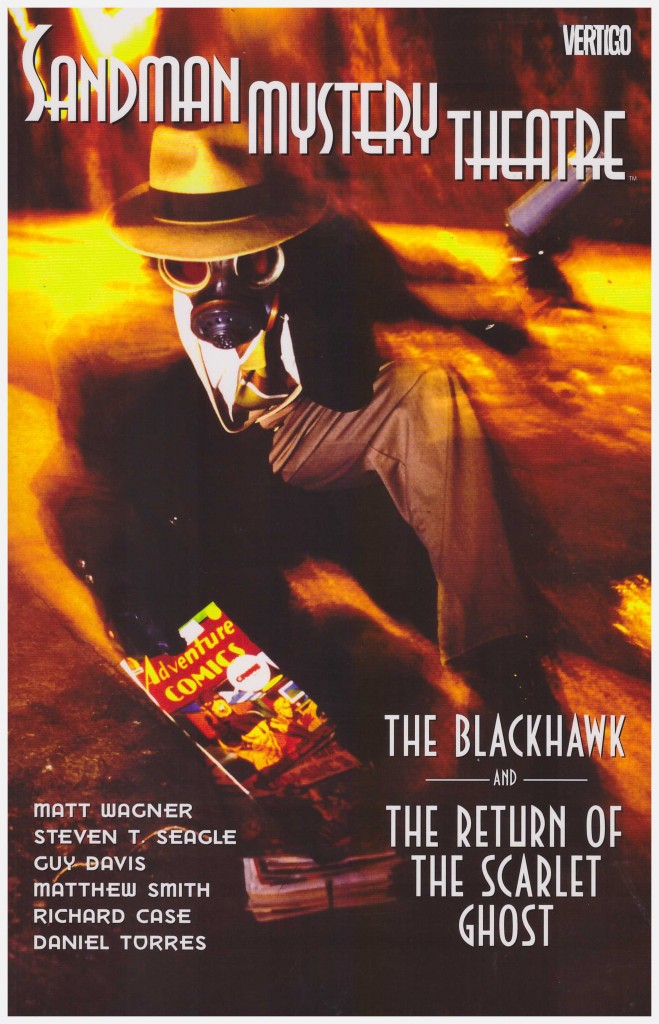 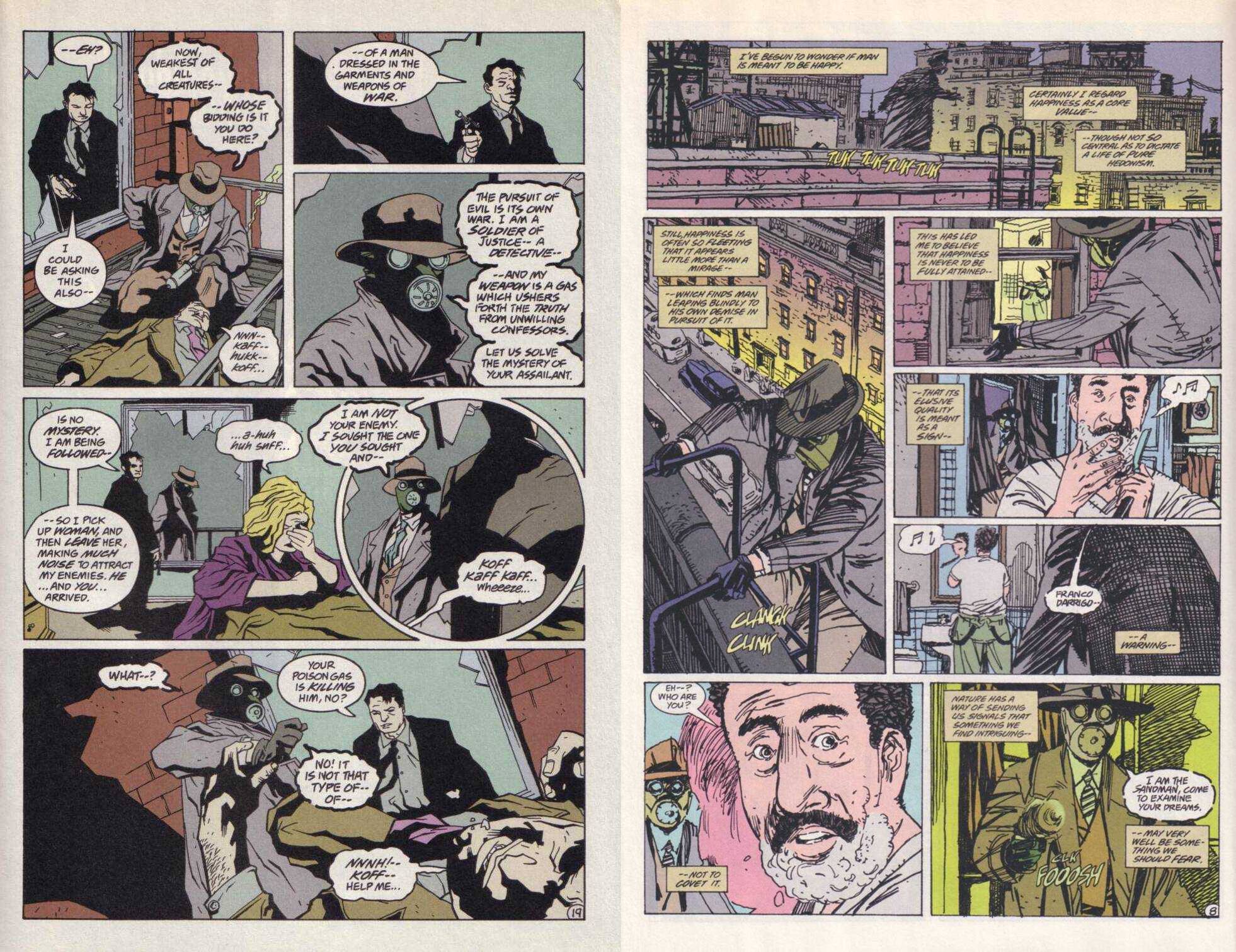 Matt Wagner and Steven T. Seagle again take a rummage in the DC toybox with Janos Prohaska, the man who would become ace World War II squadron leader Blackhawk. As previously, they don’t overplay the scenario. The story would work equally well with another Polish flyer seeking to raise funds for the resistance in his native land in 1939, but that it’s Blackhawk adds a pleasing extra layer for the readers aware of who he is. Those that don’t will wonder about the relevance of the title.

It’s a sequence not drawn by Guy Davis, and Matthew Smith’s angular, shadow-driven art as inked by Richard Case is perfectly acceptable, but he contributes little in the way of period detail. His sequence is also plagued by a recurrence of the production problems affecting the previous volume, in which random pages have skin tones reproduced in yellow.

Wagner and Seagle have an interesting take on Prohaska’s character, but it’s entirely logical that a man who risks his life on a daily basis would have accompanying increased appetites. Lt Burke also has a far more sympathetic outing than usual as a woman he regularly visits is murdered. For once his anger and aggression has some focus, if not justification.

Dian Belmont’s journey continues apace. In the previous volume she began working for her district attorney father, and the information to which she has access becomes essential to the Sandman’s procedural tools. Having joked about being a writer in a previous volume, she’s now begun to write, although not happy with her efforts. It’s a vocation at which she will prosper, but first there are the events of ‘The Return of the Scarlet Ghost’ to contemplate as recklessness has consequences.

The early days of comics play a central part in the second sequence, providing some fun playing with the tropes of pulp fiction, adventure reels and comics. By now known as a mysterious presence, the Sandman has been fictionalised, and Daniel Torres illustrates a brightly coloured representation, along the lines of 1940s comics by Jack Kirby. This is the backdrop to murders occurring based on the material.

The shame of this volume is that it’s the final collection of Sandman Mystery Theatre to date. Along with an annual omitted earlier in the run and two shorts in promo anthologies, a further five stories remain available only as the comics in which they were originally printed. They’re all worth seeking out by anyone who’s enjoyed the remainder of the series, although the two-part ending appears a little compressed. The only substantial difference was that Wagner bowed out of the writing after a further two sequences.