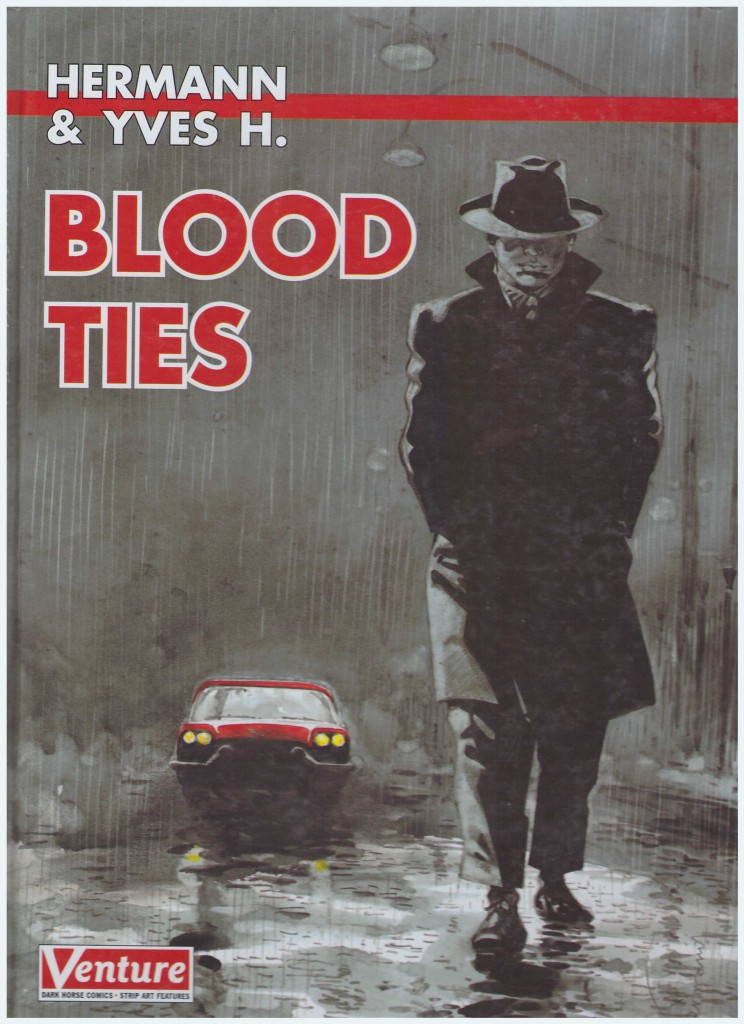 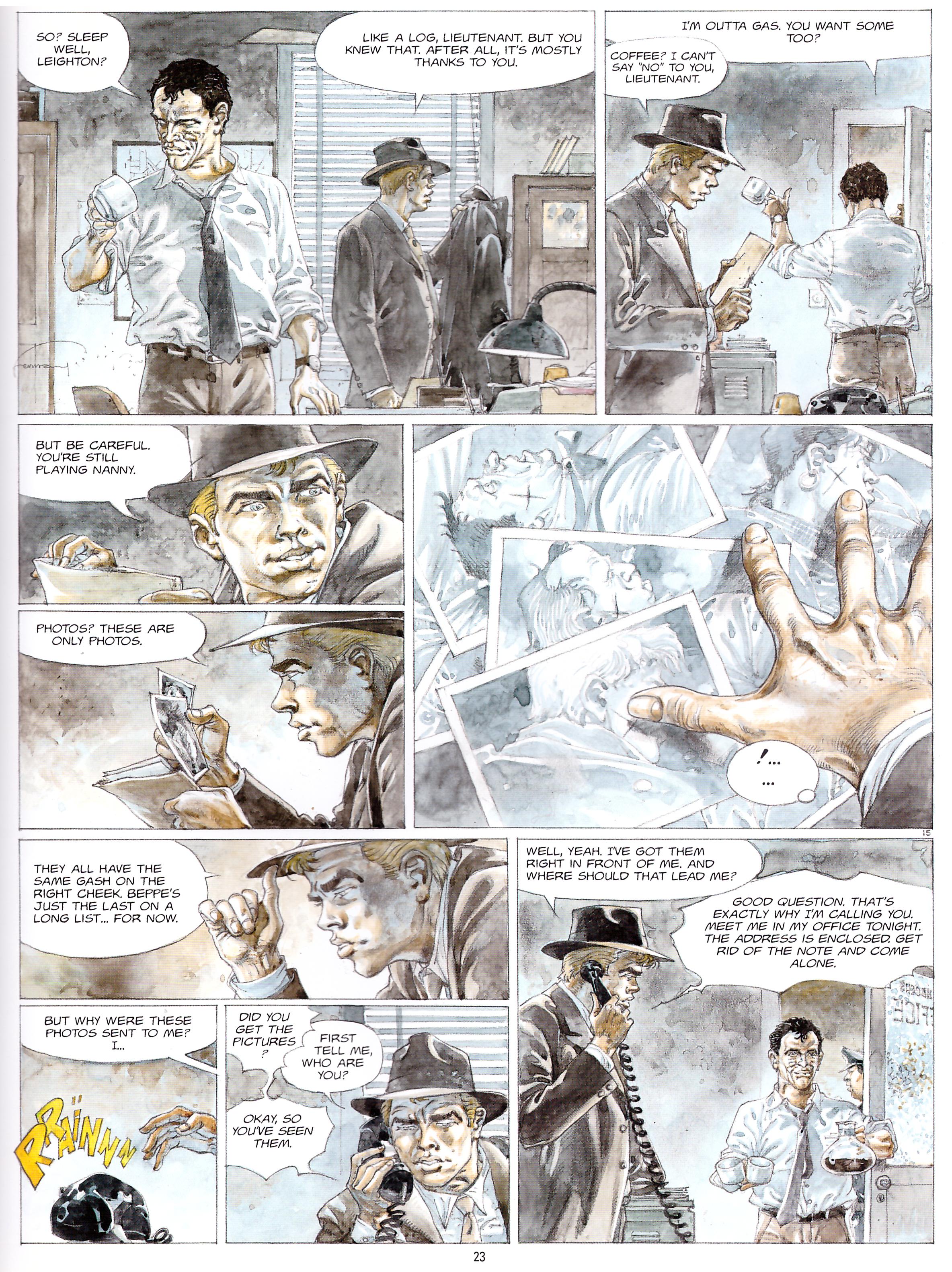 We’re in darkest noir territory here as Hermann and son Yves H. take a dive into the playground of black and white American gangster films. Hermann even tips the nod by casting likenesses of Edward G. Robinson, Humphrey Bogart and possibly John Carradine, just a modified feature or two away from the originals.

All good crime stories require a patsy, the guy who stumbles in and thinks he can control the scene, and here it’s fresh from the country detective Sam Leighton. The sordid lure of New York has sucked him in against his mother’s advice and he’s going to make good by following leads about dead gangsters despite the warnings of his senior officers to leave well enough alone. Turns out the underworld answers to this guy named Joe and he has a thing for this dame named Gladys, who’s not averse to a tumble on the side. Then there’s this private dick named Philip Meadows, got kicked off the force years back, but that don’t mean he can’t keep looking out for the public, and if there’s a chance he can nail Joe, well he ain’t gonna turn that down.

Yet despite all that we’re not in cliché city here. There’s a vague and unsettling undercurrent as Leighton goes about his business. His strings are being pulled and he’s taking his lumps, but there’s something he’s not quite getting at, and what is that business with his tombstone on page six?

Yves H’s script is very clever, toying with crime fiction genre tropes, but delivering a punch to the gut final panel that blasts away all assumptions. Blood Ties is a little wordy in places, and the inconsistencies mount up, but there is an explanation.

For his part Hermann has years of excellence behind him as a consummate storyteller, and the decision to tell the majority in muted tones accentuates the 1950s period feel. This edition is an attractive European style hardbound volume, but better value is Dark Horse’s 2015 Trilogy USA. It collects Blood Ties along with Manhattan Beach 1957 and The Girl From Ipanema, all three crime stories with an American setting wedded to European sensibilities.