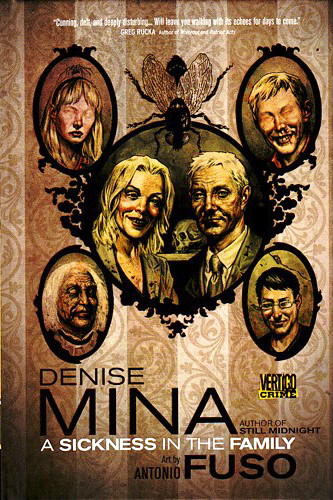 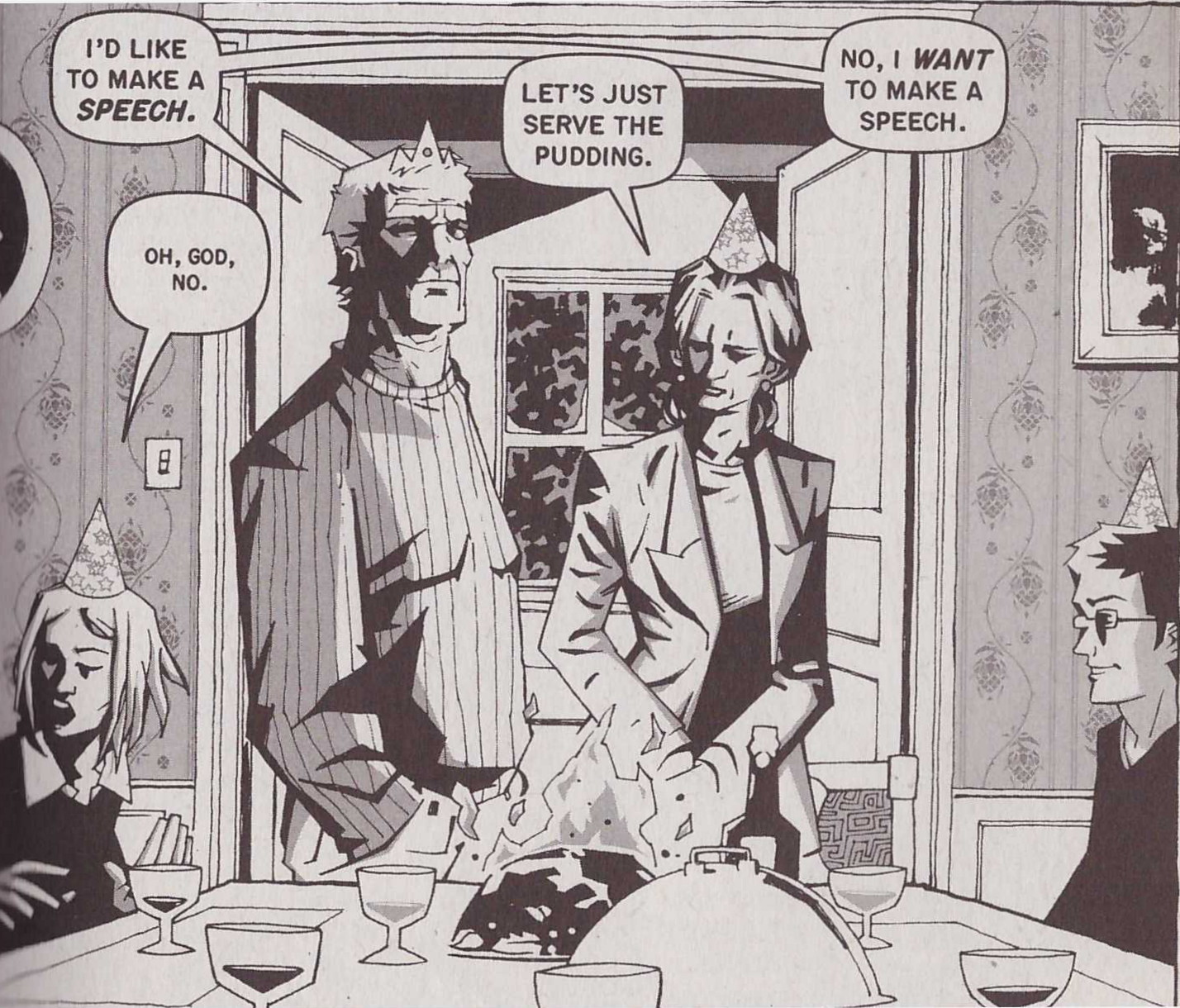 Vertigo’s black and white digest size crime novel experiment resulted in a decidedly mixed bunch of material, and A Sickness in the Family might describe the line itself.

Crime novelist Denise Mina nails her influence to the front door by naming the fractured family of her story Usher, and reworks the ending to Edgar Allen Poe’s tale in very satisfactory fashion. The Usher family occupy the ground and first floors of a Glasgow townhouse, while the basement is owned by a brutal man and the Polish girlfriend he abuses. Until they both die. Family matriarch Martha was once a sociology lecturer, but described by both her daughter Biddy and her son in law Ted as a thoroughly unpleasant woman when younger. When she suffers a stroke and falls through a hole in the floor, only sixteen year old adopted son Sam can be bothered to care for her.

Biddy is seeing other men, having long tired of Ted, who wishes for nothing more than a happy united family. Their natural children William and Amy both have their vices, with Amy resentful that her father won’t fund her business. Instead he buys the basement flat in order to increase the value of the property, but has problems convincing workmen to carry out repairs.

Sam is the narrative voice, and comes to believe that a family member is assaulting his adoptive grandmother, and in supernatural occurrences due to the house being built on the site where a witch was burned centuries beforehand.

Mina plays fair with readers. The Usher family may be an unsavoury bunch, but everyone’s telling the truth as they see it throughout, and she’s provided a decent crime novel. The problem is Antonio Fuso’s art. It’s jagged, dark and ugly, which may seem an ideal match for a fractured bickering family, but it’s plain off-putting and unimaginative, particularly beneath a spectacular Lee Bermejo cover. Fuso’s cast appear to have their eyes shut most of the time, which could be taken as a clever allusion, but probably isn’t. At $20 for 180 black and white pages readers had a right to expect better art.