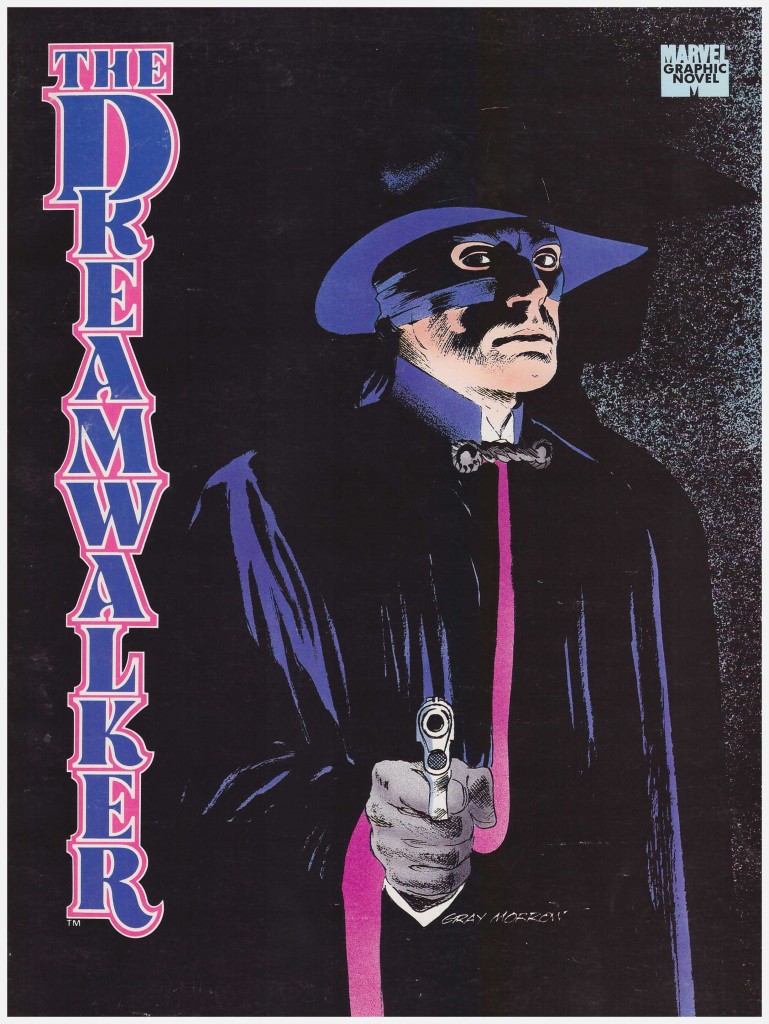 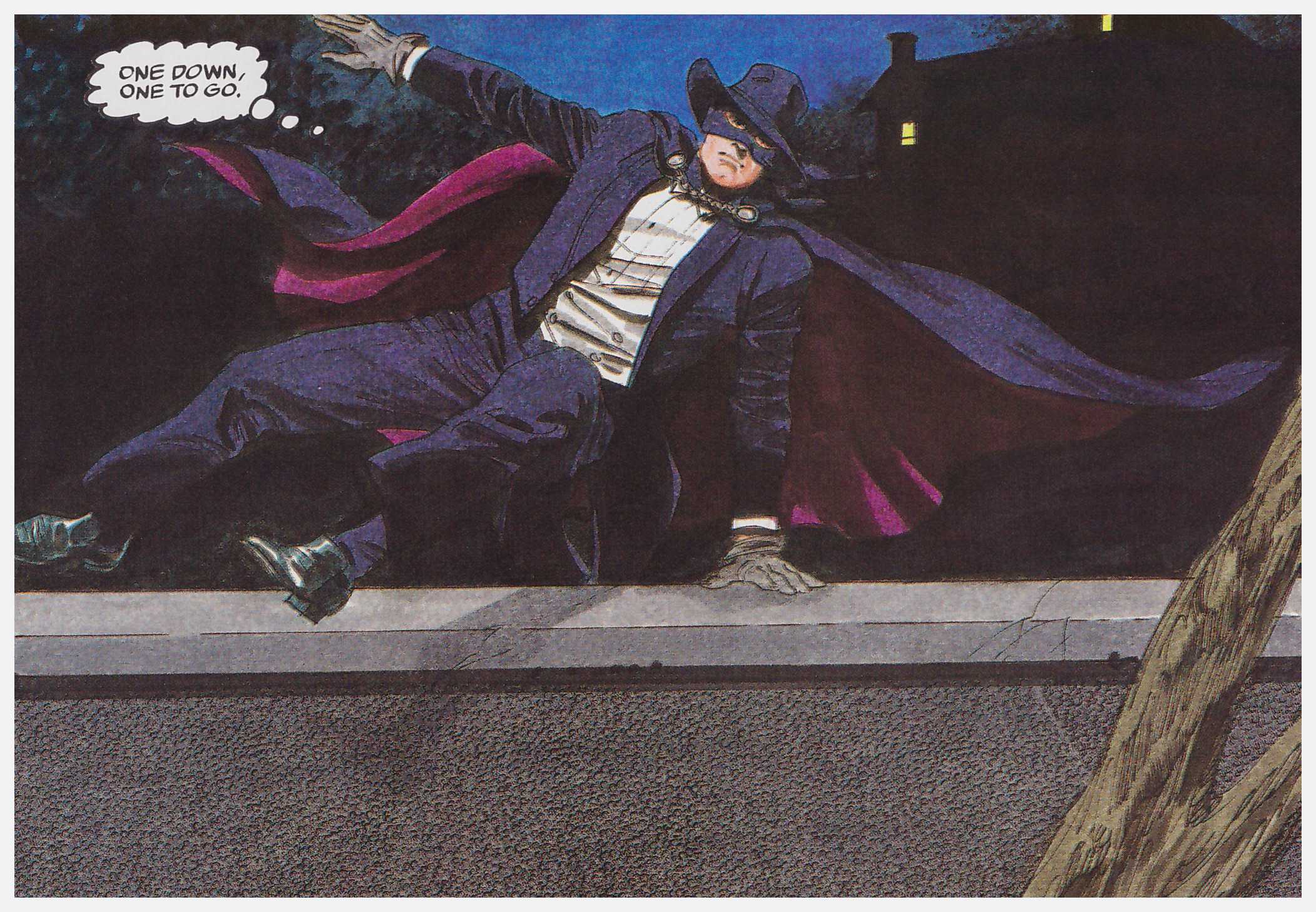 Actors and musical dilettantes Bill Mumy and Miguel Ferrer had long been outed as comic fans when given the opportunity to write their own title as Marvel expanded their 1980s graphic novel publishing programme.

Their concept was interesting. Take one highly trained US secret agent who has no further need for his job, and throw in a secret family history of crime-fighting. In his dying moments Joshua McGann’s father reveals the location of a secret storage area within the family mansion. Within McCann discovers the trappings of a 1930s pulp style crime-fighter, the type of hero whose uniform was a well-pressed suit, his identity concealed by a mask, hat and cloak. Gray Morrow’s superb cover painting tells the story.

It’s a timely discovery. McCann learns his parents’ death is related to his stepmother working for the DA’s office and investigating a well-connected gangster soon to come to trial. Other witnesses are also endangered. McCann’s also unaware that the agency aren’t taking his resignation in the spirit they might.

Apart from the mis-step of believing 1980s kids are somehow going to take a pipe-smoking secret agent to their hearts, the set-up is well delivered. Thereafter, though, every turn The Dreamwalker takes is the well trodden one. There’s little suspense, and little attention paid to character. McGann is the strong silent type over whom women swoon, and that’s supposed to be good enough. The Dreamwalker name is never explained, nor is the agency’s extreme reasons for their pursuit of McGann beyond one man’s paranoid vendetta, and once the story is concluded there are several pages of info dump eventually setting up a possible sequel that never appeared. More experienced writers would have taken the assorted elements and mixed them in a less predictable fashion.

A saving grace, though, is Gray Morrow on top form. His superb illustrative style is, for the most part, confined to being one contributor of many to anthologies, and this is 63 pages of prime Morrow. His oddly distracting colouring dilutes some scenes, but the remainder is a masterclass.