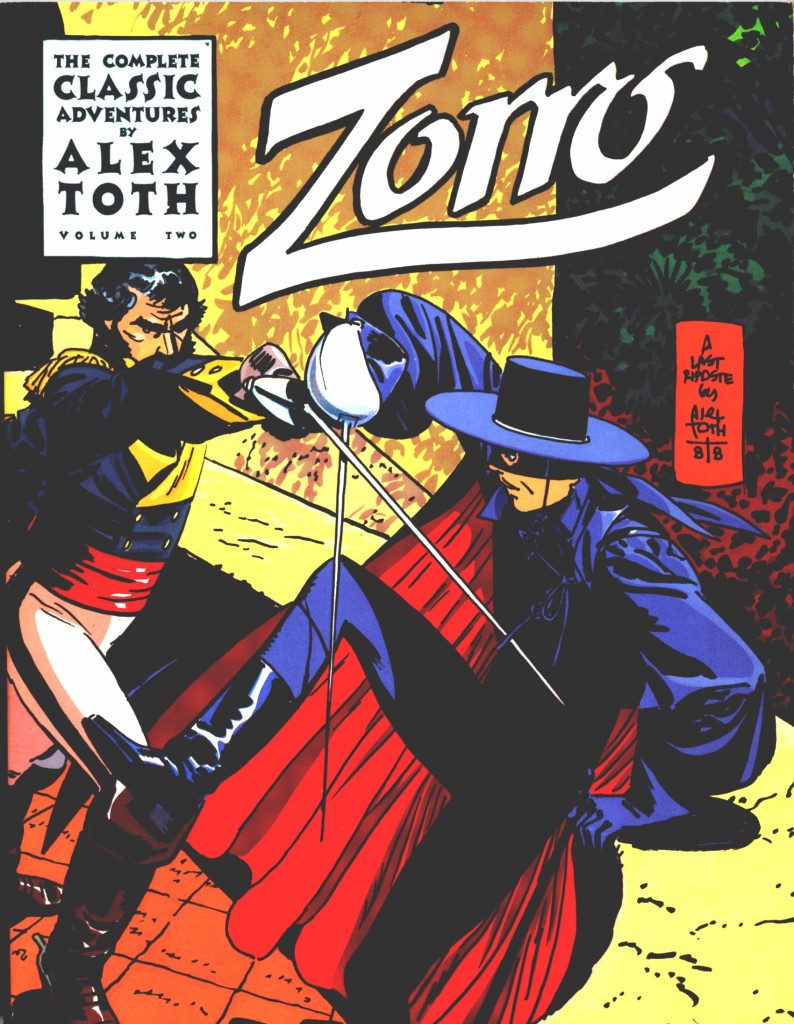 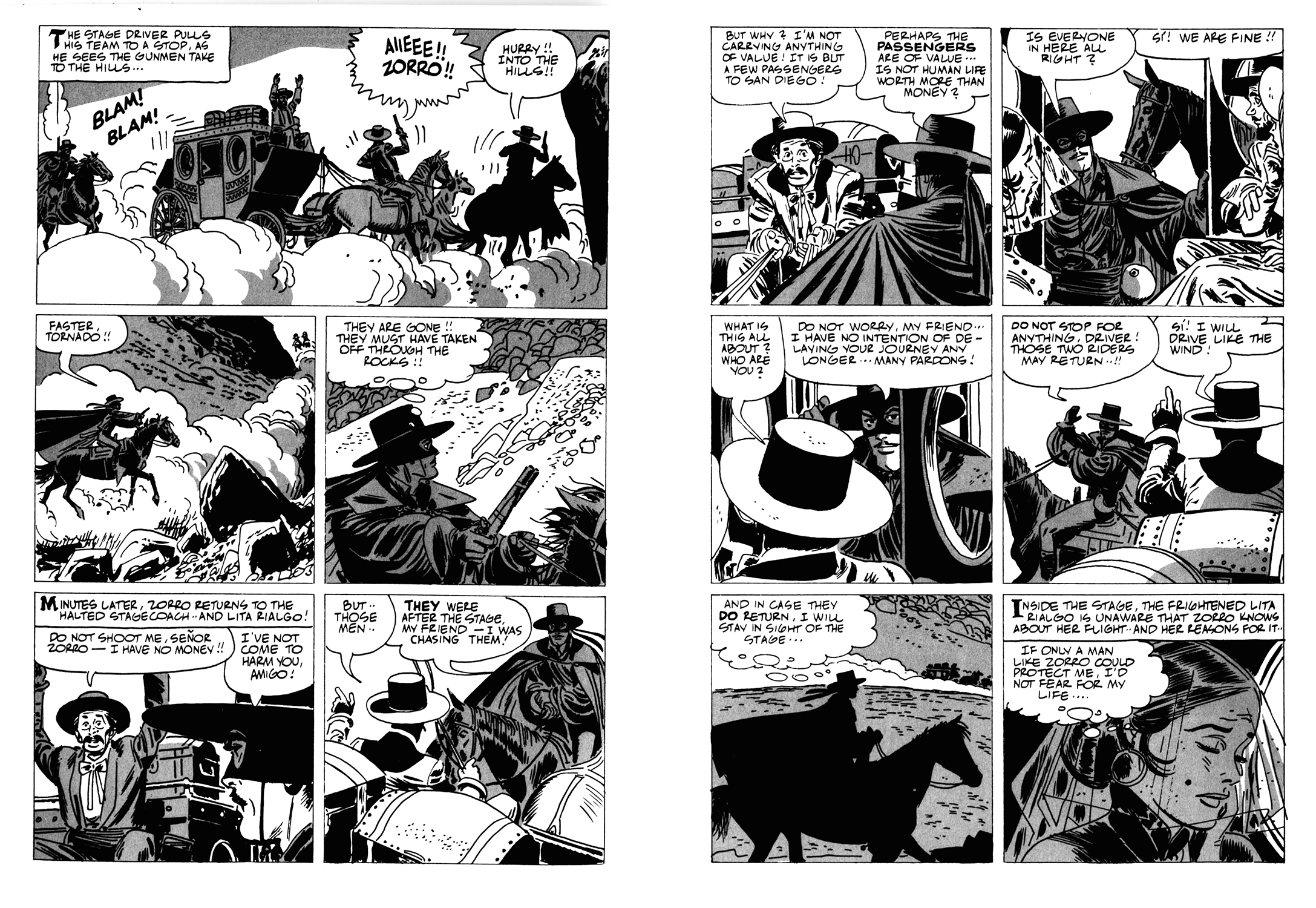 This second of a two-volume set reprints the remainder of the eighteen stories that Alex Toth drew for Dell’s Zorro comic, a licensed tie-in to Walt Disney’s Zorro television show. The artwork is taken from proofs for the series. The pages are reproduced in black and white instead of colour, but Alex Toth supplied guides for a gray tint to be added to the art, and the resulting pages look fantastic. Some fans prefer the black and white pages for the more graphic appearance. Toth himself seemed to enjoy creating the tones. In his foreword he says he was “anxious to see how it worked out.”

Alex Toth introduces this volume with a very instructive look back at his time working on these strips, detailing the problems he had with the writing and some of his thinking around the way he designed it. He was a great fan of the 1940 Mark of Zorro film, and he provides a beautiful little sketch of the variations of Zorro’s costume used by director Rouben Mamoulian on the movie. He was unimpressed with Disney’s version of the costume featuring shiny materials and worst of all, a cape which looked like a halloween outfit as far as Toth was concerned.

These six stories are beautifully composed and wonderfully drawn, rising far above the tedium of the scripts they were serving. Both this and the first volume are long out of print, as is the 2001 single volume reprint from Image Comics, The Complete Classic Adventures of Zorro.

A new edition, in a single volume and full colour, was published by Hermes Press in 2013, Alex Toth’s Zorro: The Complete Dell Comics Adventures.