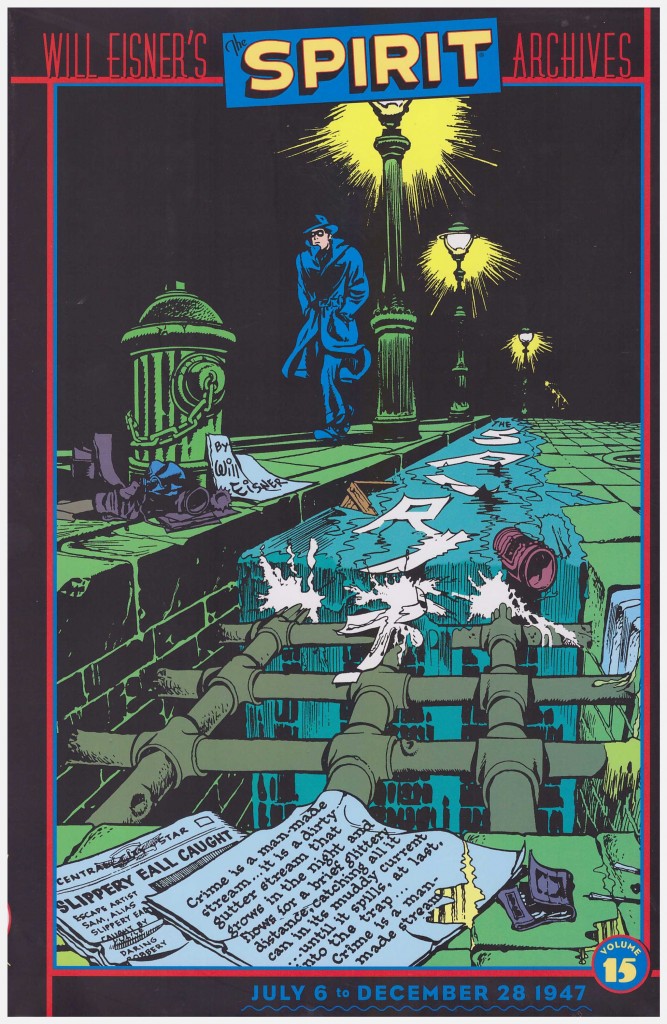 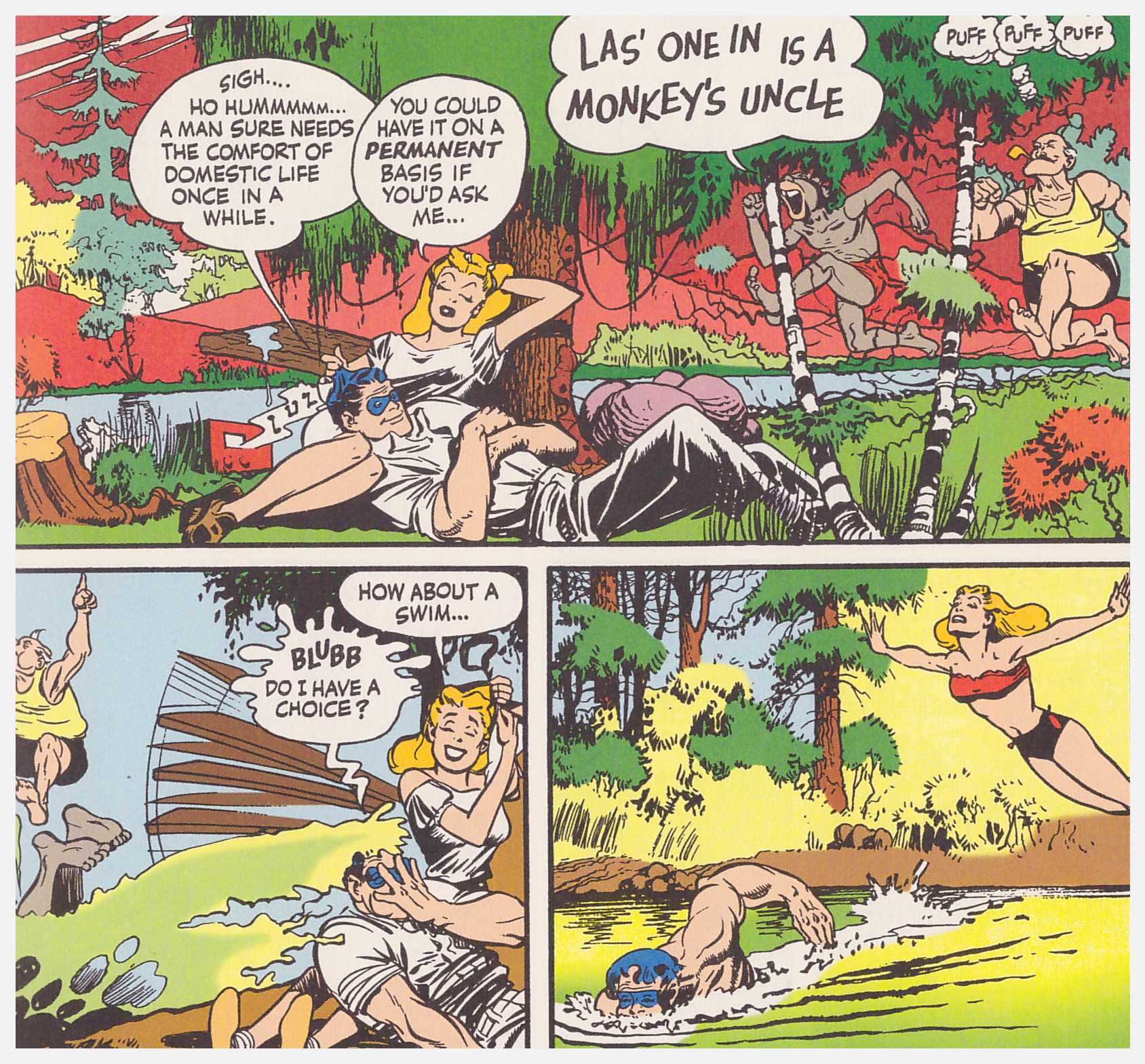 Early in 1947 Will Eisner completed his reclaimed control of the strip he’d created by providing the pencilling instead of just layouts for others. He’d have assistants help with the inking, but what made the strip was now down to him. The strips reprinted sequentially in volume 14 display a growing confidence as Eisner filtered inspiration from films through his perspective and followed his instincts to a greater narrative experimentation. This all continued through the strips reprinted here, originally presented in July to December 1947. They’re exceptionally well-crafted mini-crime dramas with a light humorous touch.

An example of the narrative experimentation is the introduction of ‘Fairy Tales for Juvenile Delinquents’. Cinderella and Hansel and Gretel are given a contemporary sheen and criminal twist, and in other strips whimsical pastiche is the order of the day. An agreement was apparently made with Al Capp to parody L’il Abner for publicity purposes in return for reciprocation that never manifested, and almost ten years after the event Eisner seized upon Orson Welles’ famous War of the Worlds radio broadcast.

His fascination with P’Gell continues, this time with orphan Saree toned down to acceptable levels of precociousness, and apart from single strips with Silk Satin and Silken Floss, P’Gell is the only recurring femme fatale to appear in this volume. Unless Ellen Dolan is counted among their number. Eisner reminds us of how alluring she is in a change of pace story of the cast enjoying a summer picnic. His idyllic pastoral pages are delightful. That story also features the then recently introduced and newly graduated Officer Sam Klink, who’s young and a handsome hunk to rival the Spirit. Morally upstanding and keen to make a name for himself, he’s well characterised by Eisner, particularly when totally flustered by P’Gell’s attentions.

Eisner applied a continuity to his strips, which he ran in, if not in real time, then certainly via frequent references to “last week”. The Spirit could usually recover from a severe beating in seven days, but some circumstances took longer to resolve. There are two sequences here, both featuring criminal mastermind the Octopus, running over several weeks. In the longer of them the Spirit is temporarily blinded in the opening chapter, but it’s not a limitation preventing his crimefighting, and it’s masterfully handled. Eisner supplies a variety of approaches, returning old foe Carrion, and Silken Floss, having Ebony as his eyes, and a tale about a dog seemingly gone rogue, and throughout the Spirit remains accomplished and effective.

The downside of Eisner devoting time to pencilling The Spirit was that the distinctive full page illustrations associated with the splash pages were sacrificed in the short term. They’d return, but they’re few and far between in this volume, which made selecting the cover image a trickier than usual task. That, though, is minor carping in the face of the charm and quality on offer in this and the following five volumes.