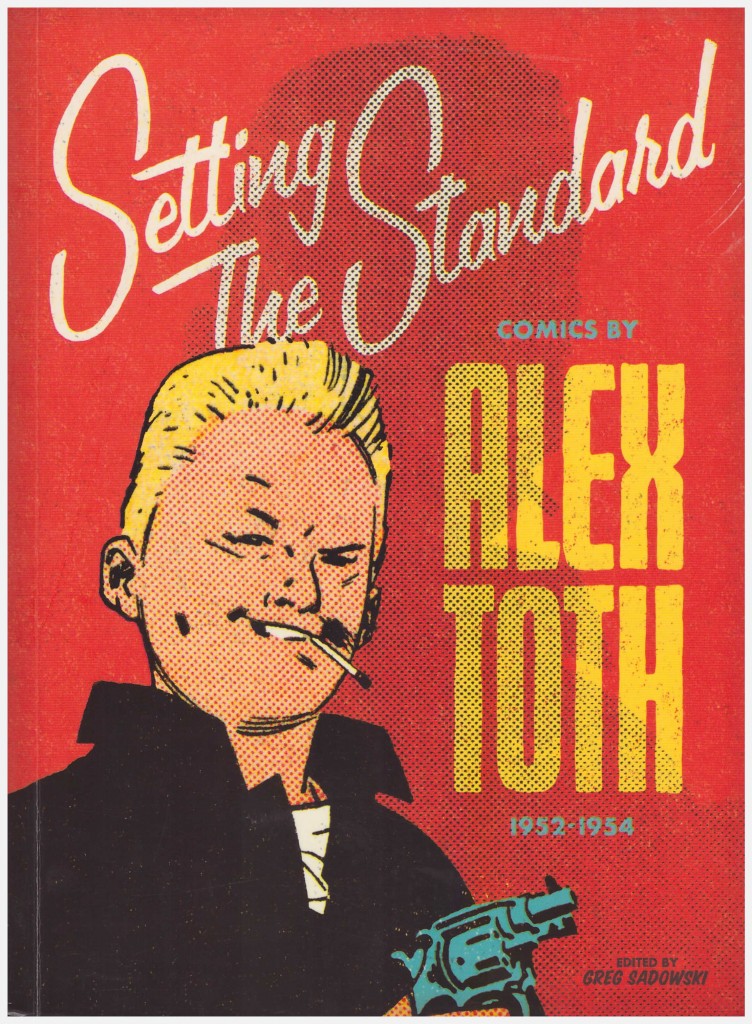 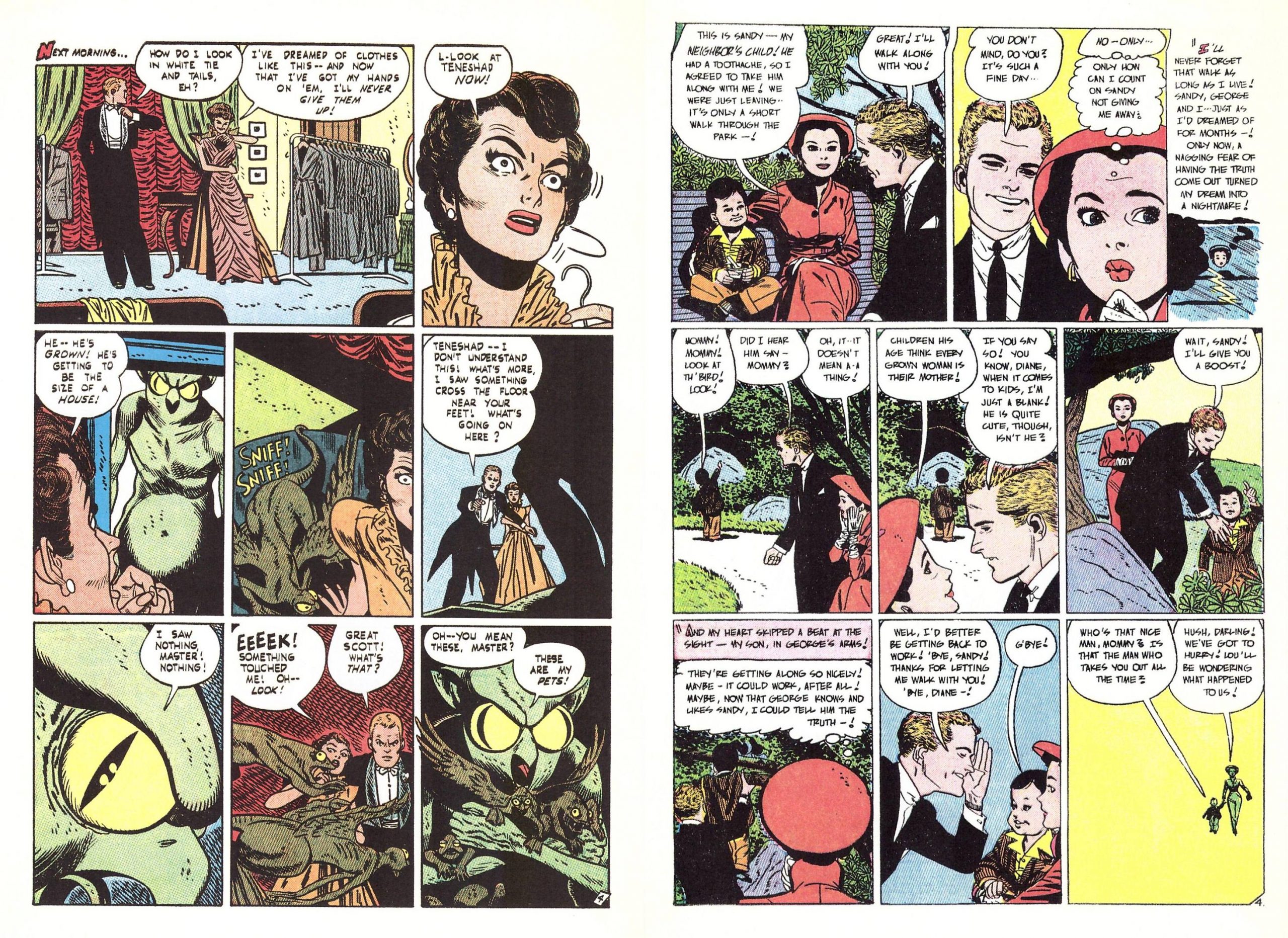 Alex Toth is one of comics’ master draughtsman and a stylist who constantly refined his art. He began working professionally in 1947, at nineteen already able to mimic the kinetic action of Milton Caniff and Noel Sickles whose newspaper strip work he avidly followed. In 1952 he embarked on three years working for Standard Comics, and the 65 short stories he produced for their anthologies are collated in this weighty collection.

Standard were prolific publishers across the variety of genres mined by comics of the 1950s, so the material here encompasses war stories, horror, romance, science-fiction, and crime. Almost all the wonder is in the developing art. The stories themselves were intended as cursory entertainment for youngsters or those without the time, inclination or intelligence to attempt more edifying reading, and as such are predictable, and very much steeped in what would now be deemed as offensive attitudes. Occasionally, though, extra effort is expended and the results are wonderful.

Neither of the two consecutive romance strips midway through the book ‘Man of my Heart’ and ‘I Fooled my Heart’ have seen print in decades, and both are gems if the prevailing societal expectations depicted are ignored. The former, written by Kim Aamodt sees Pris’ head turned from her boyfriend Jimmy by the older and more sophisticated Dan, with the tense rivalry playing out to an unpredictable conclusion. The latter concerns a woman concealing the truth. Both are peak 1950s Toth, moving away from his influences toward a more refined storytelling, and the greater clarity of the original uncoloured art for ‘I Fooled my Heart’, reproduced in the rear of the book, is stunning. ‘The Crushed Gardenia’ is the best-known work reprinted here, and deservedly so as a compressed melodrama studying psychopathic attraction.

Toth seemed to have a greater empathy for romance and horror, and as some, although not all his science-fiction layouts and designs are somewhat perfunctory when compared. The women in the romance comics radiate contemporary glamour and his supernatural material is steeped in darkness with sound effects used to generate additional claustrophobia. The quality of the art also varies slightly depending on the inker. Many are now no longer known, but the clear work of Mike Peppe is distinguished and sympathetic. During this period it can be claimed Peppe inking Toth betters Toth’s own inks.

Much of this work has been previously reprinted, most notably by Eclipse Comics in the 1980s, but never so completely as in this loving curation by editor Greg Sadowski. The strips are presented in order of publication, skipping genres for variety and comparison, and Sadowski annotates them in detail, supplying background information and highlighting moments of artistic note, as well as providing an informative biography. His greatest gift, though, has been in the restoration of the strips. The source material is difficult to come by, likely to be in poor condition, and production quality was never considered essential at the time. That every strip is clear, faithful, and looking far better than when originally published is a mighty achievement. Sadowski pulled the same trick for Bernard Krigstein with Messages in a Bottle.

The book opens with Toth interviewed in 1968. There’s little specific mention of the strips reproduced in Setting the Standard, but great insight into his working methods and beliefs, indicating his approach in constructing these stories. Others took note. Carmine Infantino for one.

All these decades later, even a cursory flick through the pages displays Toth as a tremendous artist, yet he’s under ten years into his career. He would progress to greatness, but this work ranks well above mere curiosity.