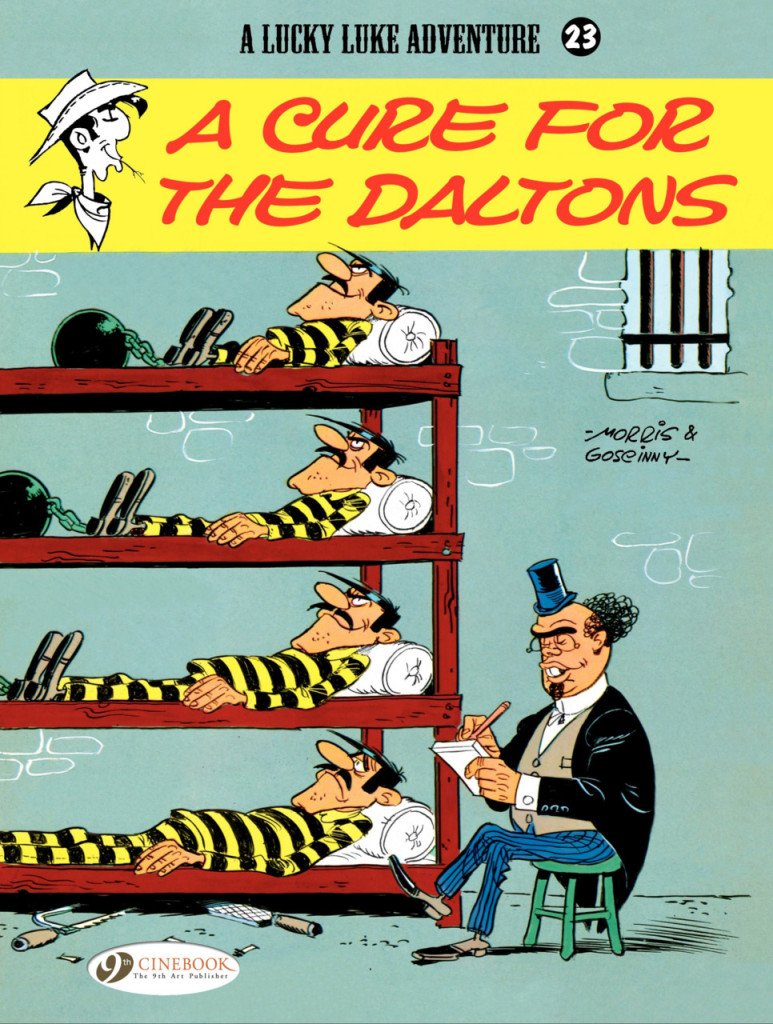 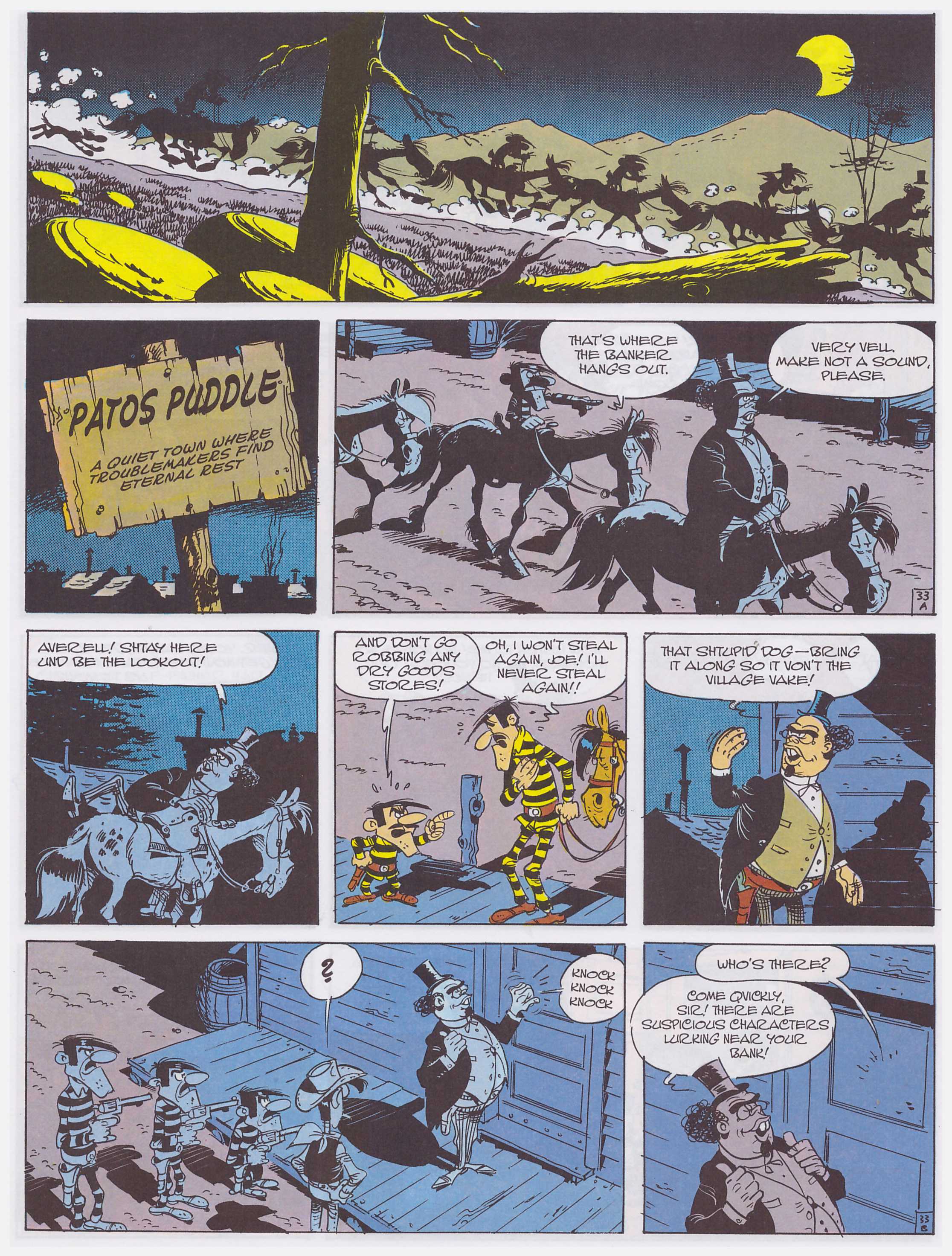 Doctor Otto Von Bratwurst claims that he knows how to cure criminals of their ways, that “it is all in the mind and the memories”. He has had some success but his American colleagues at the New York Institute of Science are dubious, so he heads off to the “Vild Vest” to prove himself. “After all, that is where the best criminals are”. Lucky Luke has been asked to show him around “the Vest”, but is very concerned when the good Doctor becomes obsessed with curing Joe Dalton. The doctor is undeterred, but how do you cure someone whose happiest memories are of family crime sprees?

A Cure for the Daltons is one of Goscinny’s most cleverly plotted stories. When reading the opening panels it does at first appear that this might not work and fall flat, but then both Goscinny’s script and Morris’ illustrations prove that they had a talent for grabbing hold of a concept, studying it until they understood it, then satirising the hell out of it. It actually presents seemingly complicated ideas in very funny layman’s terms. It’s easy to produce an overworked intellectual German accent, another thing altogether to hide some sharp and very funny observations within that accent. Morris was never a fan of word-play and Goscinny was careful to respect that when partnering with him, so in the original French edition the psychiatrist had no accent. The un-named English translator deserves credit for using a German accent in a subtle, yet very clever fashion with excellent dialogue. Morris himself is right on form, consternation and irritation plainly visible in the faces and body language of characters. It just gets better and better as he goes along, employing simple but elegant scenes with a brilliant contrast of colours, and Morris’ notable skill is to capture people from all walks of life with impressively believable detail.

It should be remembered that Lucky Luke stories usually started life as a weekly serialisation, but this is Goscinny and Morris at their zenith. Their years of partnership create an energy that lives on within the pages. Technically the next book is Emperor Smith, but that precedes this in Cinebook chronology which prints The Judge next.

Thanks to Mark Truethardt for additional information.